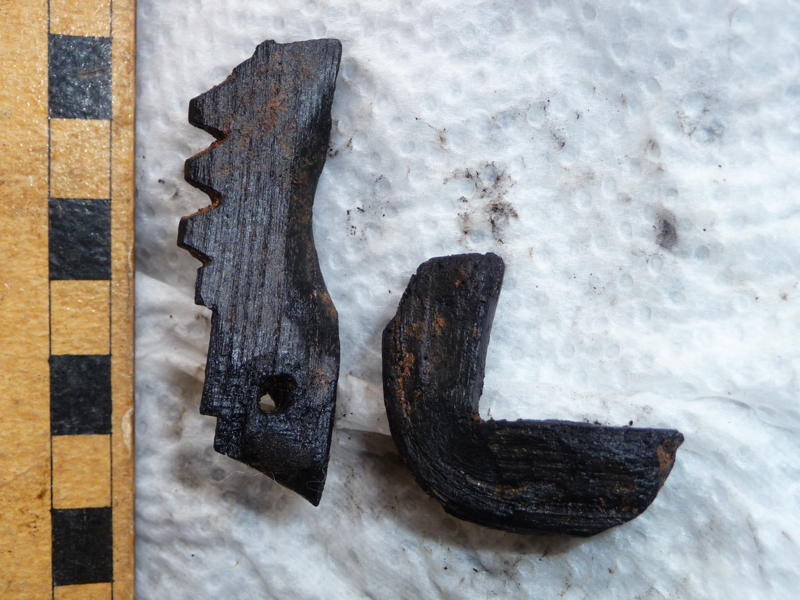 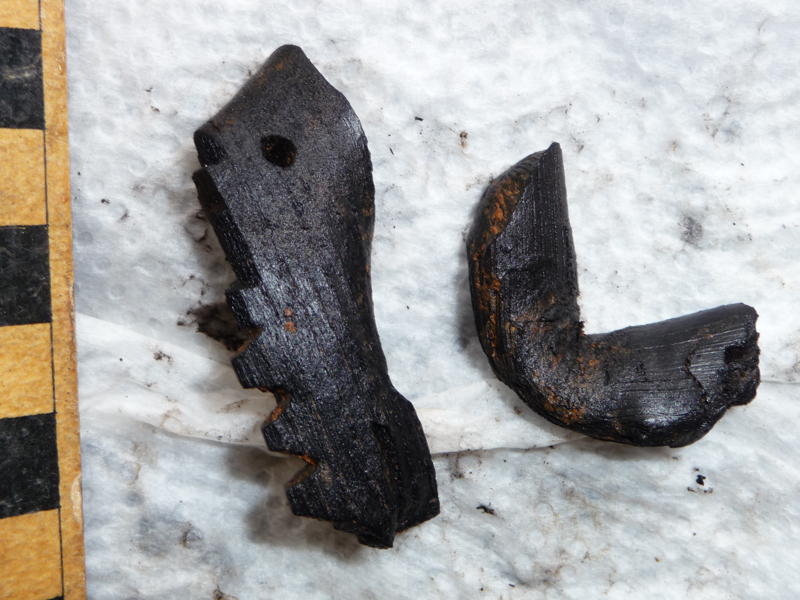 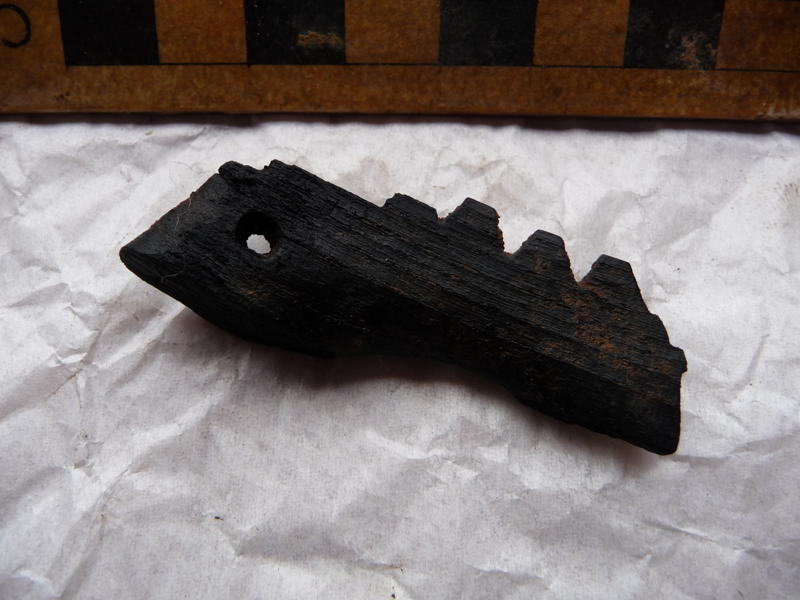 A final season of fieldwork at the High Pasture Cave site was undertaken during 2010 under the direction of West Coast Archaeological Services and M Wildgoose. The aim was to complete the evaluation of the site including assessing the extent and preservation of the remaining archaeological deposits in the deep natural hollow outside the entrance to Bone Passage (Trenches 2, 15 and 21), and other ancillary structures and complex deposits identified at the surface around the cave and stairwell entrance. Trench 19 targeted the remaining archaeological features and deposits within the major area of burnt spreads to the east of the stairwell entrance. Test Pit Trenches TP11 and TP12 were set out to investigate the extent of the burnt spreads at the site and anomalies highlighted by the geophysical surveys in May 2006 (see EHG1384). In addition to fieldwork carried out within the core area of the site, trial excavation of potential prehistoric hut-circles, based on a detailed survey of the archaeological landscape of Strath Suardal, was carried out. A total of 31 possible hut-circle sites were evaluated using trial trenches (see EHG4491). A bridge for a lyre was found during the 2010 excavation season. The bridge, as well as other worked pieces of charred wood, were recovered from the rake-out deposits from a large slab-built hearth located outside the entrance to the stairwell and cave. Charred human skull fragments were also found in this deposit. The hearth formed a sequence of superimposed hearths that were used over a period of at least 800 years. Stastical analysis of radiocarbon dates bracketing the deposits in which the artefacts were found suggested that they were deposited somewhere in the latter half of the 4th century BC. <1>