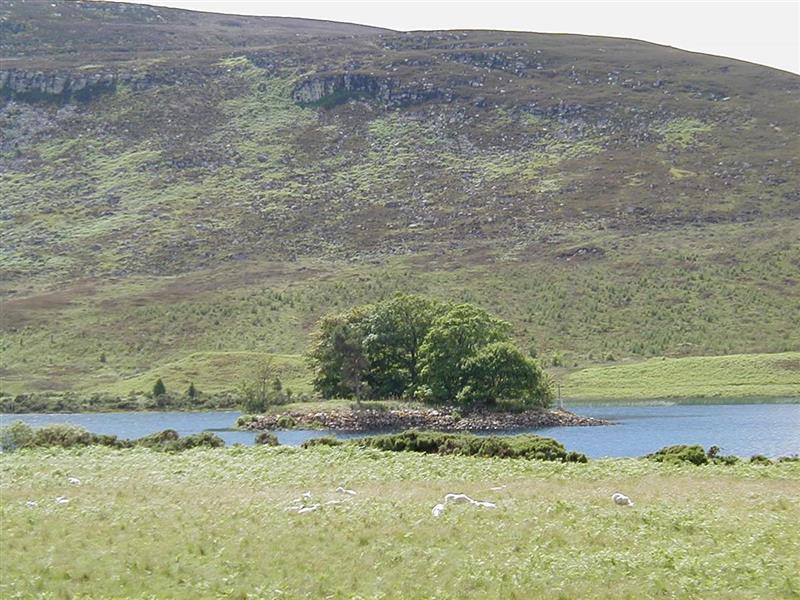 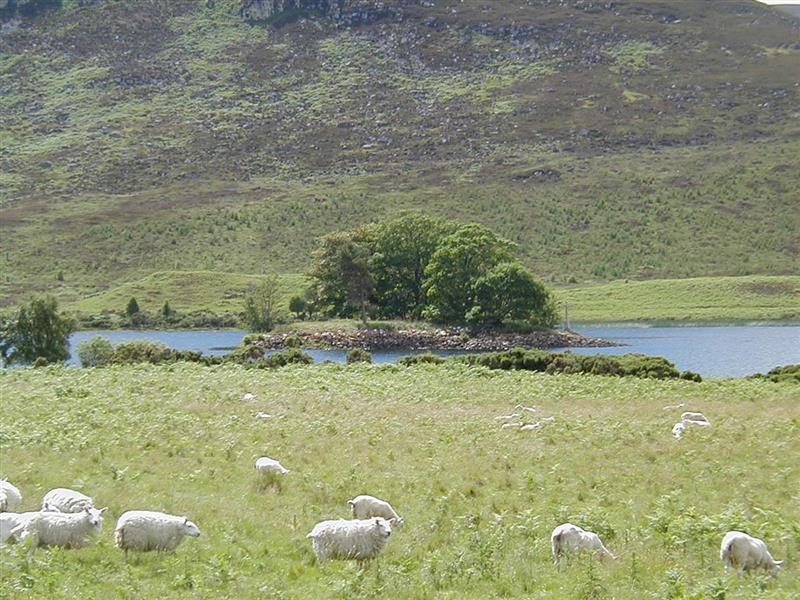 The NSA (1845) states that the island is artificial and sited for defence. It was divided into two parts, one half for "lodgings in time of war, the other half laid out .... as a garden."
The island is bounded by a wall rising perpendicularly from the surface of the water, access being gained by two stairs on the S and E sides. NSA (written by Rev G Mackay) 1845.

Eilean nam Faoileag is a small island formed of boulders and said to be artificial. No sign of a building remains on the level top, but along the E face for 30 to 40ft are the remains of a retaining wall some four or five feet high. On the E and W faces near the N end, two built recesses probably indicate the position of the stairs mentioned in the NSA (1845). At the S end a circular depression may mark the site of a well. Gordon (1813) states that the island appears to have been occupied as a hunting seat in the 17th century.
R Gordon 1813; RCAHMS 1911, visited 1909.

Eilean nam Faoileag (name verified) is bounded by a retaining wall up to 1.3m high but generally reduced to footings protruding through the tumble. It measures 42.0m N-S by 28.0m EW. Of the two recesses on the E and W sides the latter, at least 11.0m long, is almost certainly a boat noust; there is no trace of the stairs noted by NSA. No buildings remain on the islet which is mainly turf-covered,with some trees.
The islet is wholly or partly artificial and, by the strength of the retaining wall and the nature of its position, defensive.
The angularity of the wall suggests an historic context rather than a dun or crannog. It may be a 17th century hunting seat (RCAHMS 1911) but no further evidence can be gained locally.
Revised at 1/10,000.
Visited by OS (E G C) 16 July 1961 and (J B) 14 November 1975.