Formerly believed to be the site of a dun, this is now recognised as a natural feature. The site is also known as "Parliament Rock" and was used as the meeting place of the village council. 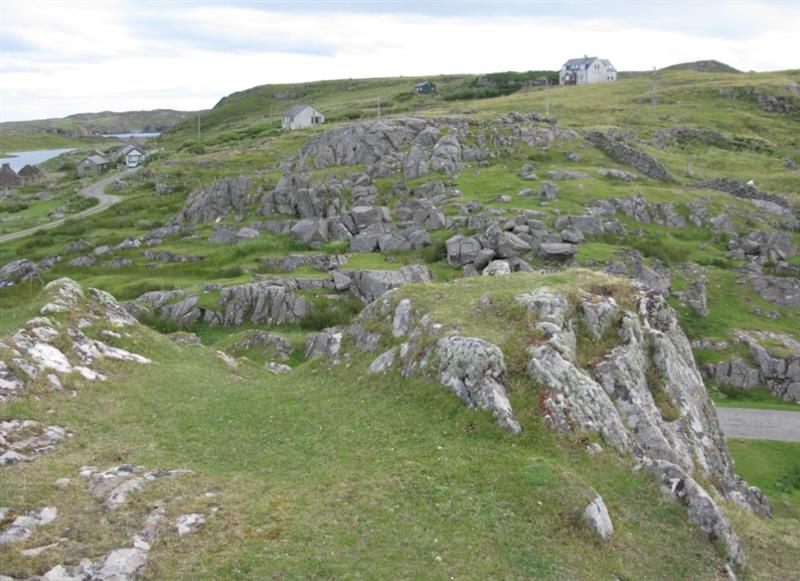 The name ""Dun"" is misplaced on the 1st edition Ordnance Survey map c.1875, which has led to this natural feature being misidentified. Also known as ""Parliament Rock"" and used as the village council meeting place. <1>

Notes and photographs of this site were compiled by D Mason in 2004. The site appears to be an entirely natural rock formation. No loose stones of any kind are exposed on the upper parts, ie there is no obvious sign of any human addition to the natural rock, recent or ancient. <2>

Information about the site was submitted in March 2009 by Donald MacDonald-Ross: ""In 1955 Calum MacLean of the School of Scottish Studies recorded an interview with the local Factor of Coigach, Murdo John MacLean, part of tapes SA1955/160-2. Murdo said of the Dun of Reiff (in Gaelic);

That agrees with the Ordnance Survey description of it as a “local parliament”, and closely is similar to the old Norse institution of “Thing”, which name has devolved in many ways and places, example “Dingwall” or “Tinwald”, “field of the Thing”, or “Althing”, the parliament of all of Iceland.

Other Norse place descriptors survive in the area, and I think rather than a “Dun” or hill fort, the name and use represents a rare Scottish continuation of a Norse cultural activity, “Thing” into the early 20th century.""<3>

Mr MacDonald-Ross's comments suggest that the original placement of the name on early Ordnance Survey maps may be the correct version. <4>

Photographs of the view from this site were forwarded to the HER in November 2010. <5>