Built in 1941 as a filter room for 14 Group of RAF Fighter Command, this bunker is now in use as an Emergency Planning Centre for Highland Council. 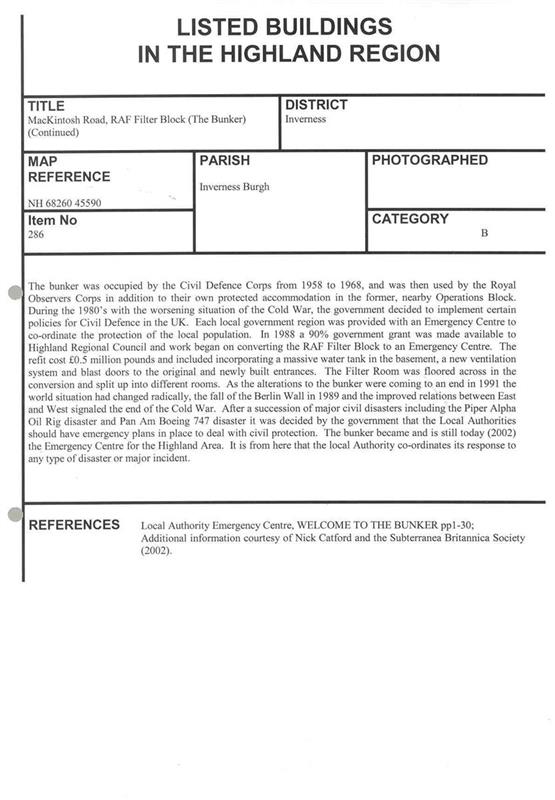 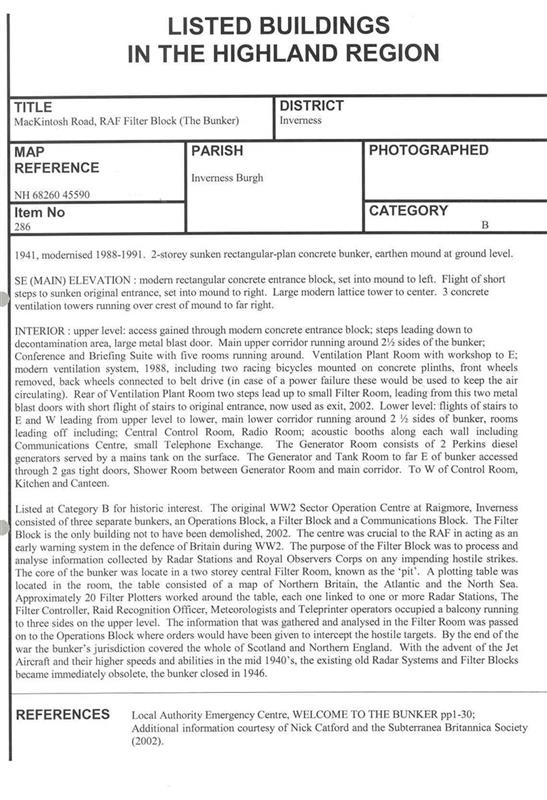 Due to some confusion in the records, clarification was sought from military historian Bob Jenner. The bunker was built in 1941 as a filter room, part of the new 14 Group Headquarters for RAF Fighter Command. Two other bunkers were purpose built for operations and communications. The use of the site by 14 Group (later 13 Group) came to an end in 1946. <2>

The Raigmore site was used as a Royal Auxilliary Air Force headquarters from 1946 to 1957. The filter room was then occupied by the Civil Defence Corps between 1958 and 1968 and later by the Royal Observers Corps in addition to their accommodation in the former operations bunker. In 1988 the bunker was bought by the Highland Regional Council and work began to convert it to an Emergency Planning Centre. It is still in use. <3>

Note that the listed building details appear to be incorrect in stating that Raigmore House was a Sector Operation Centre. <4>