The site of a WWI Prisoner of War Camp at Kinlochleven. 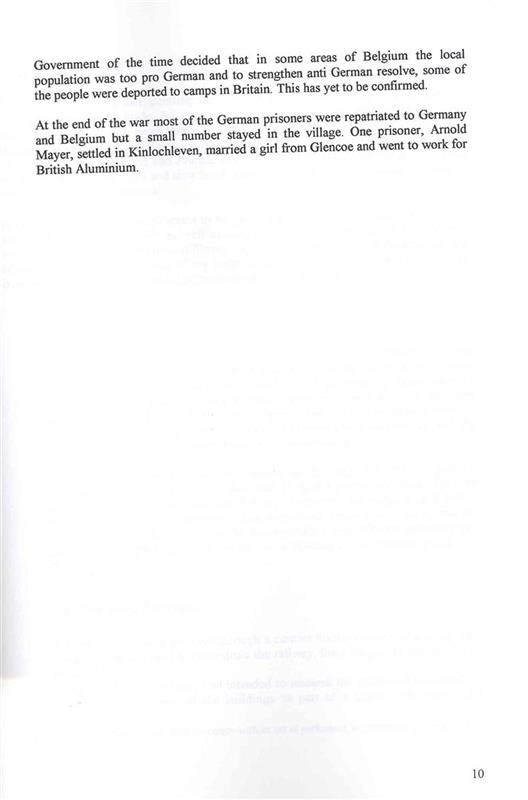 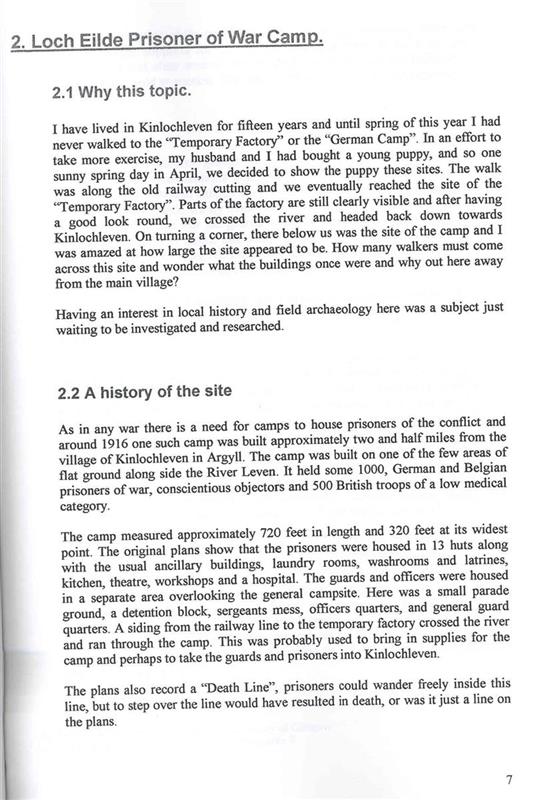 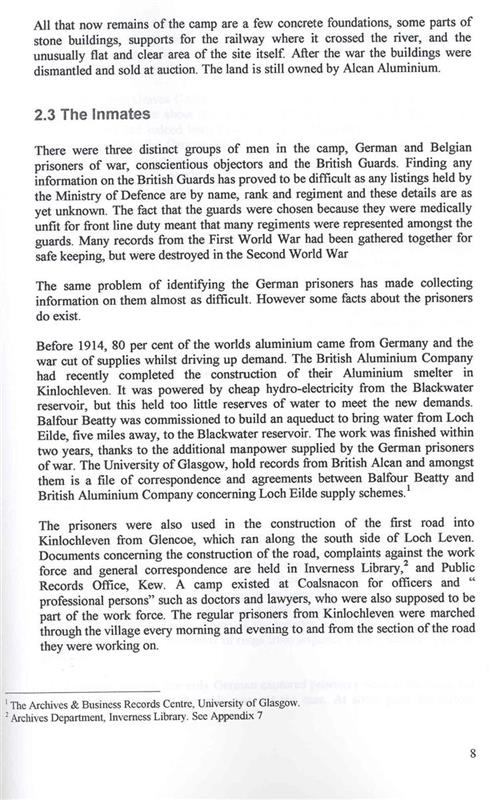 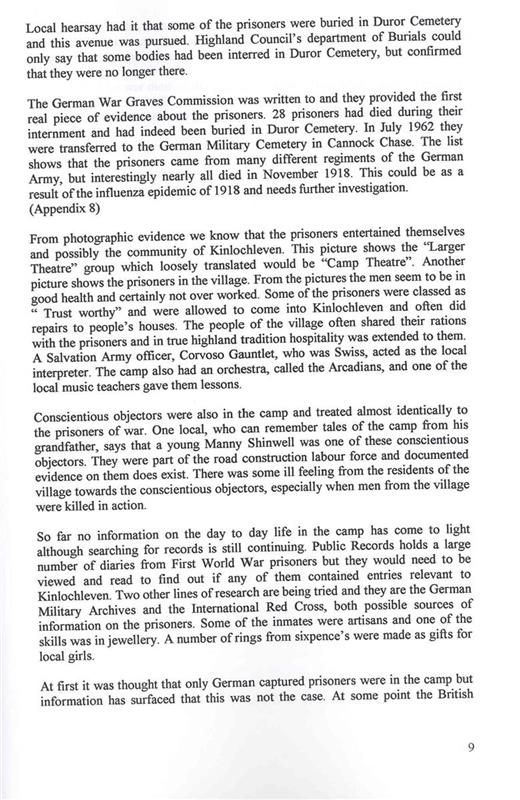 The site of a WWI Prisoner of War Camp at Kinlochleven. Previously thought to have dated to WWII.

The Prisoner-of-War Camp (NMRS MS 738/31, no.58) to the E of Kinlochleven, was visited in the course of a pre-afforestation survey by AOC (Scotland Ltd). Field survey was carried over an area of 20sq km around the shores of Loch Leven during March 1996. The survey concentrated in an area between the village of Glen Coe (8km to the W of Kinlochleven) and the Blackwater dam (about 3km E of Kinlochleven) and examined all the ground between sea level and 300m that was not under existing forestry or woodland. The camp covers an area measuring over 300m by 100m and consists of numerous building footings. Two main types of structure are represented; concrete pillars for wooden pre-fabricated huts and concrete hard standings for Nissen huts. At least sixteen separate structures were identified in an area threatened by ploughing and many more lie within deciduous woodland. <1> <2>

A piece of documentary research and a number of site visits were carried out by Christine Herbert in 2004, and submitted in full to the HER in 2008. The project report contains a large assortment of archival material, including a plan of the camp (produced by The British Aluminium Company Ltd). This document states that the camp was built around 1916, rather than being in use in the Second World War, as previously stated. It held some 1000 German and Belgian prisoners of war, conscientious objectors and 500 British troops of a low medical category. The camp measured approximately 720 feet in length and 320 feet at its widest point. The original plans show that the prisoners were housed in 13 huts along with the usual ancillary buildings, laundry rooms, washrooms and latrines, kitchen, theatre, workshops and a hospital. The guards and officers were housed in a separate area overlooking the general campsite. Here was a small parade ground, a detention block, sergeants mess, officers quarters, and general guard quarters. A siding from the railway line to the temporary factory crossed the river and ran through the camp. This was probably used to bring in supplies for the camp and perhaps to take the guards and prisoners into Kinlochleven. The prisoners were used in the construction of the aqueduct, bringing the water from the Blackwater dam to the aluminium smelter, and in the construction of the first road into Kinlochleven from Glencoe. <4>

A First World War prisoner of war camp is listed under the name of Kinlochleven in the 1919 'List of Places of Internment' in Britain, its colonies and dominions. German soldiers, other than officers and senior NCOs, could be put to work that did not directly further the prosecution of the war. The camp at Kinlochleven is reported as being one of two (the other being at Caolasnacon) to house prisoners working on building the road along Loch Leven. The huts would have been wooden, probably sourced from local forests, and not Nissen huts as a previous authority states. Recorded as part of HS/RCAHMS World War One Audit Project 2013. <5> <6> <7>

The site was proposed for Scheduling by Historic Environment Scotland in 2018. <8>

GIS spatial data amended in 2019 to combine the original area and the 2018 Scheduled Monument area.