The partial remains of a round cairn. 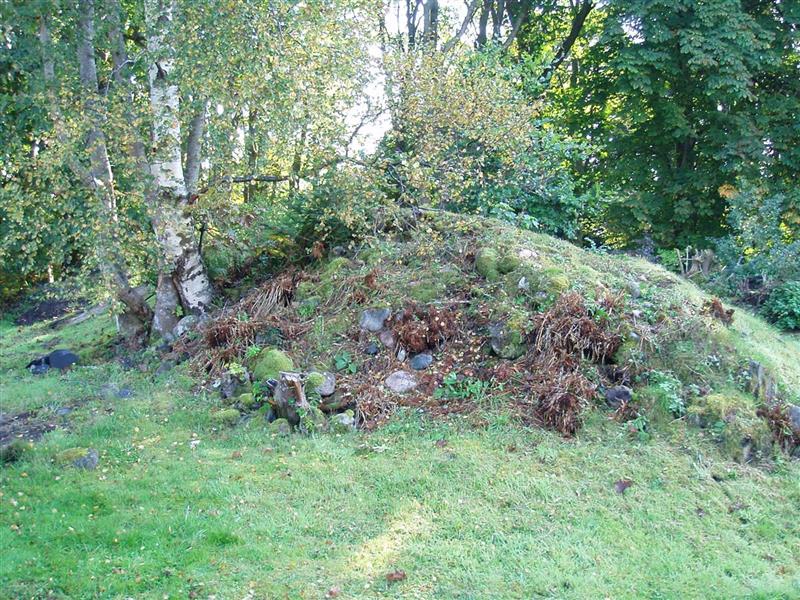 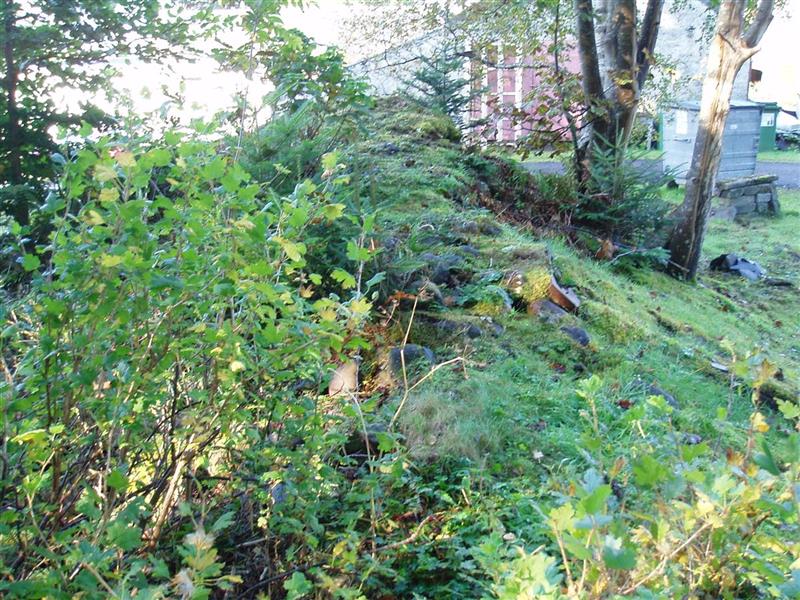 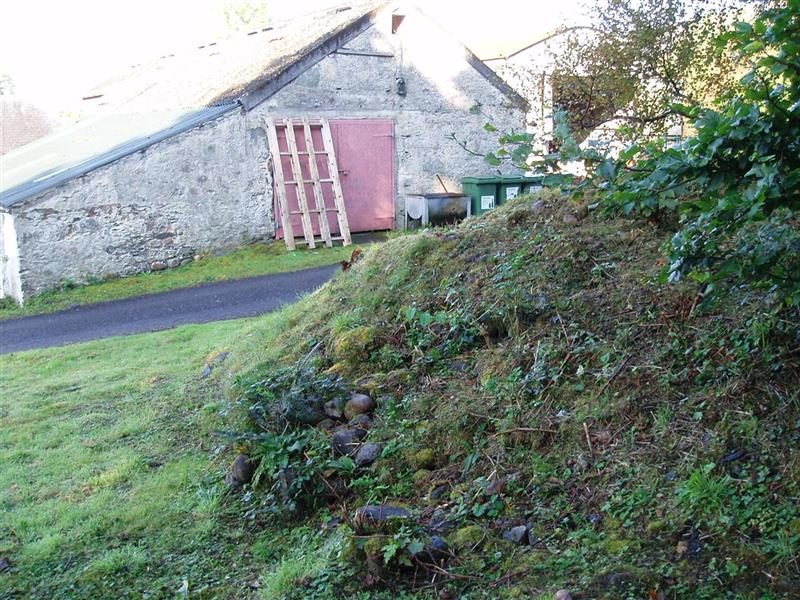 A large cairn, called Carn Glas by Stewart, but Carn an Rudha by Christison (1881) (who was given the information by Stewart), is situated close behind the hotel at the N side of Ballachulish Ferry. By 1880, it had been much robbed, many cartloads of stones having been removed from it. Stewart says that two separate excavations, by himself, and by the farmer removing stones, revealed two similar cists situated at the SW and NE corners of the cairn, both of which were covered up again. The former contained some calcined bones and ashes. Christison, however, says that about 1875, a large cist was exposed, containing a tarry substance. Stewart (1888) suggests that, because of its large size, this cairn may be chambered. According to Donaldson, Carn Glas is supposed to be the site of a Columban church. (See also NN06SE 7 - Carn Glas).
R Christison 1881; D Christison 1891; J Stewart 1888; M E M Donaldson 1923. <1>-<4>

The N half of this cairn, At NN 0541 5988, was removed "a number of years ago." No finds were reported. The remaining part measures c.12.0m E-W by c.4.5m transversely and c.1.8m in height. The mutilated remains of a kerb consisting of six flat slabs on edge, four of them contiguous, survive around the SW arc. There is no trace of a cist and nothing to suggest that it has been chambered. The name is no longer known locally. Surveyed at 1/2500.
Visited by OS (R L) 6 May 1970.

The condition of the cairn is reported to be as described above. It lies on a neglected piece of land within the hotel grounds. The northern portion of the cairn may have been removed during the 1970s. <5>

There appears to be some confusion over the naming of this site and another cairn to the north-west (MHG4308). Both cairns are referred to as Carn Glas by different sources – the current site by J Stewart in 1888, and the site to the north-west by D Christison in 1891. As the information has been received from the NMRS it has not been possible to check the original sources.
It is possible that in her reference to the site of a Columban church, Miss Donaldson had in mind the cairn MHG4308, simply because the description of this as an oval pile of bare stones would appear to be more open to interpretation than a known cairn which had already been partially excavated and robbed in the 1880s. This possibility would also appear to be acknowledged in the information from the NMRS, which contains a cross reference to their record for that same cairn (their reference NN06SE 7). <6>