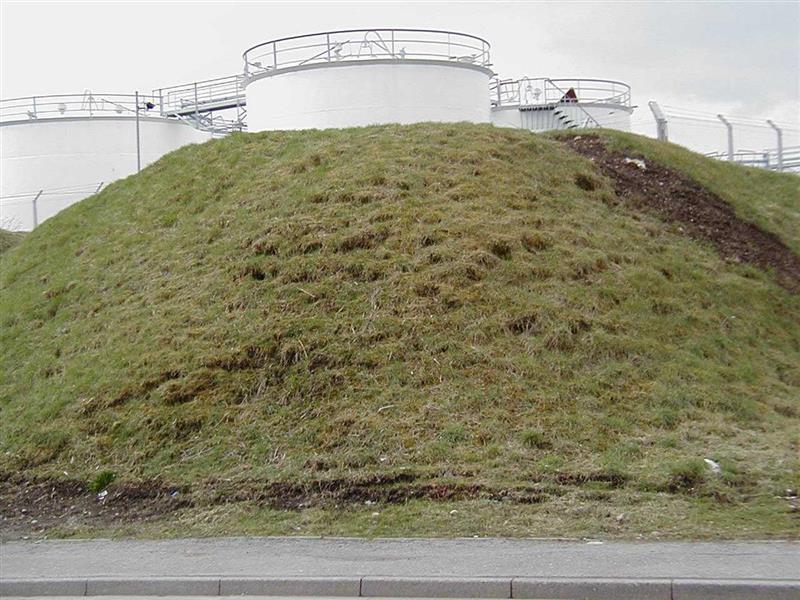 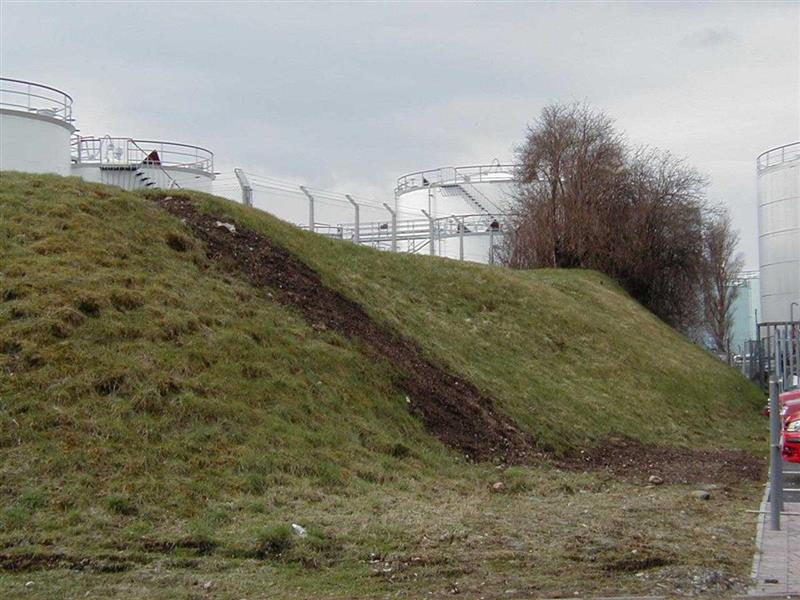 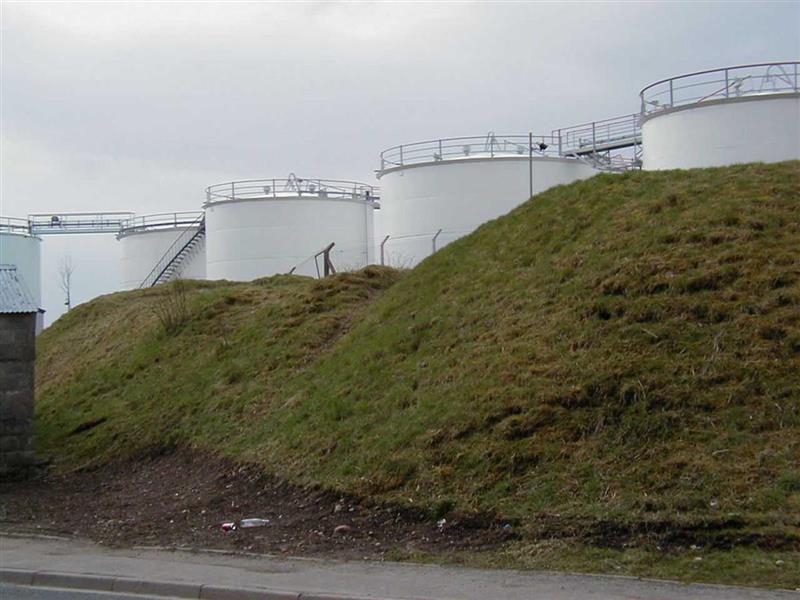 Fort of which these are remains built by Oliver Cromwell in 1653-8 from material obtained from Greyfriars Church and St. Mary's Chapel, Inverness, and from monasteries of Beauly and Kinloss as well as episcopal castle of Chanonry all of which he demolished for that purpose. The timber obtained was partly from fir woods of Strathglass and remaining part, the oak, was brought from England. In form it was pentagonal with ramparts and bastions, having a wet ditch on four sides and river washing it on fifth, the western. A large, square, 3-storied building which served as a magazine, stores and church occupied centre, while two large 4-storied buildings on opposite sides within ramparts furnished accommodation for 1000 men.
On restoration of Charles II it was demolished at request of Highland Chiefs in 1662. A portion of factory since erected there still remains and is used as a drill hall, as also clock tower of same building but whether this tower formed part of Cromwell's original buildings or not cannot now be ascertained."
A dock is constructed at S entrance of once wet ditch of Fort.
Name Book 1868; Information from Admiralty chart 1846 & Inverness Directory & from plan of Inverness by I Wood. NSA (Rev A Rose, A Clark and R Macpherson) 1845.

Of 4 citadels built in Scotland by Cromwell, Inverness one, locally known as "the Sconce" is only one of which any considerable remains are to be seen. Clock-tower, with ruins of rampart and fragment of barracks, still stands to witness to what was once a formidable fortress.
G Erye-Todd 1923.

NW and NE bastions with part of N rampart running between them are all that remain of Fort. NE bastion, a large flat-topped mound of earth c3.5m high, has remains of 3 gunplatforms on top. A much mutilated mound of earth c. 3.0m high is all that remains of NW bastion. The part of earth rampart left between bastions, is 8m broad overall and 2m wide on top. It is c1.3m high on inner slope and c2.3m high on outer. The whole is in v mutilated condition; interior of fort and S bastions are completely destroyed and area is now covered with petrol and oil installations.
The clock tower still stands, in a good state of repair. It is an almost square tower (3.1m x 3.2m) of ashlar masonry with a string course c. 3.0m above ground level and is surmounted by a slated belfry with weather-vane There is small rectangular doorway in tSE side. Clock and bell are in good working order. Tower would appear to date from 18th Century.
Visited by OS (W D J) 31 March 1960.

The remains were Scheduled in September 1960.

Two vegetation strips measuring 12m by 1m and 10m by 1m, were excavated by CFA in 2013 across the remains of Cromwell’s Fort (Scheduled Monument no. 953), within the site boundary of the Inverness Oil Terminal. The strips extended from the inner edge of the bastion up to the fence which formed the limit of GB Oils ownership. The trial strips were intended to identify the most suitable surface on which a layer of impermeable bentonite clay matting could be overlain without causing unnecessary disturbance to the monument itself. Several finds of probably C19-20 century date were recovered from the turf/topsoil layer. No other features, deposits or artefacts of archaeological significance were recorded during the archaeological works. <1>

The scheduled area and scheduling description were amended by Historic Environment Scotland in 2020. <2>