A standing stone at Clachan a' Bidach, known as the Dirk Stone. 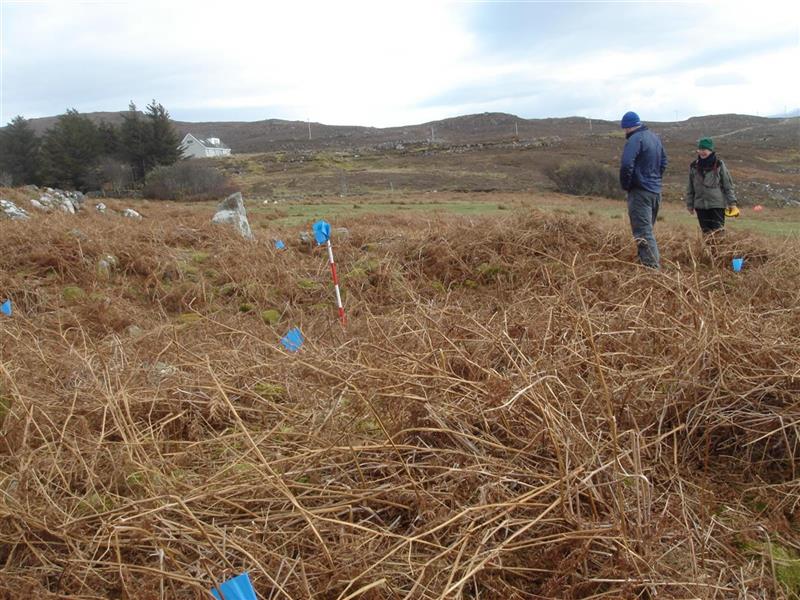 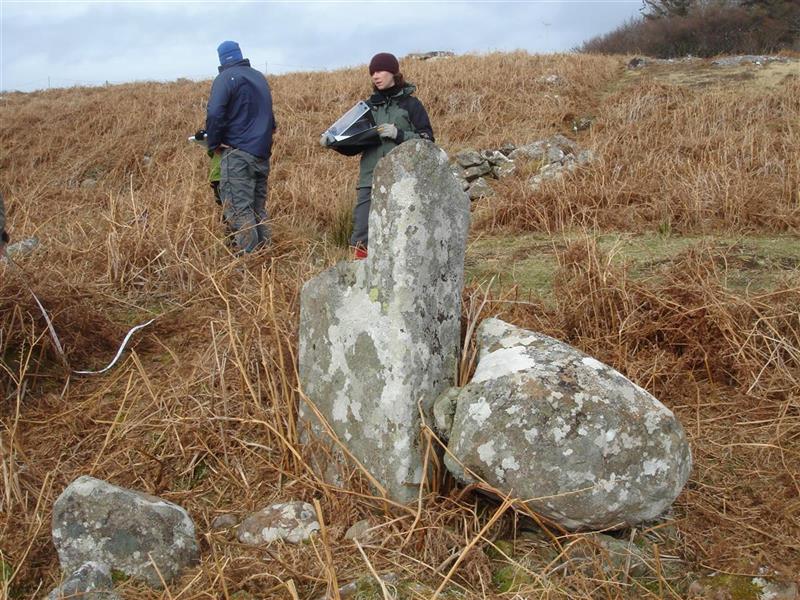 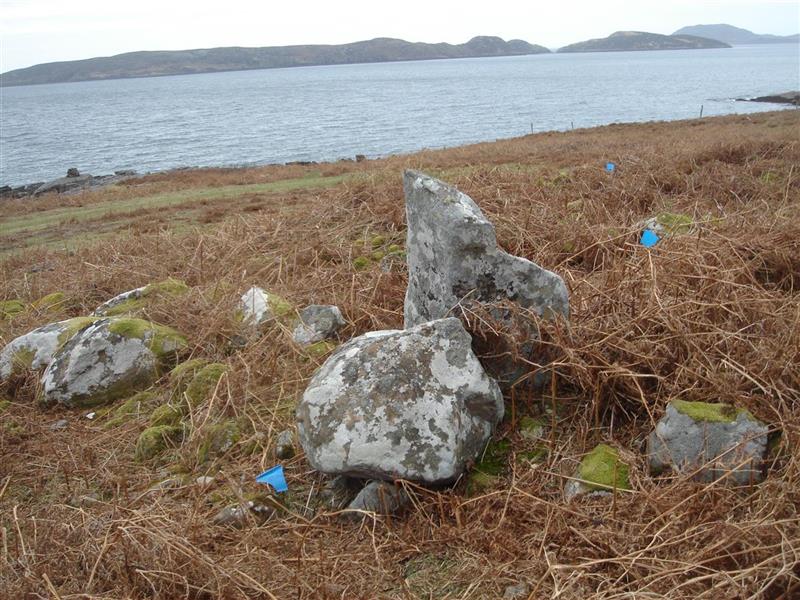 A standing stone at Clachan a' Bidach, known as the Dirk Stone.

Clachan a' Bidach: circular enclosure considered to be sacred and old."
OS6"map annotated by I Crawford, September 1961.

This circular structure, average diameter 11m, is now reduced to a bank, 4.5m wide and c.0.6m high, of over-grown rubble. An apparent entrance in SE, partly obscured by tumbled stone, is marked by a standing stone known locally as the "Dirk Stone". The remains indicate a building of considerable strength and age, yet position on a slight natural terrace is in no way defensive. Probably a large hut circle. Visited by OS (F R H) 30 May 1962.

A hut circle levelled into a slight slope and measuring c11.5m in diameter between centres of strong wall of overgrown stones spread to 3m for most of periphery and increasing to 4.5m on NE side of entrance which is in SE. The wall has been robbed here and there but only one facing stone is evident. This, of outer face, is just to NE of an upright block (locally known as Clachan a' Bidach) at outer end and on NE side of the mutilated entrance gap. Some ruinous modern constructions occupy the interior which, according to local info, was partially excavated many years ago when nothing was found. The hut, covered with bracken, occurs in a cultivated field and there is no trace of contemporary cultivation. (Detail shown but not named on OS 6" 1969)
Visited by OS (J M) 11 July 1974.

The stone was photographed by A Welti in 2010 during a site visit to the hut circle as prt of research for a University of Aberdeen dissertation on hut circles. <1>