A large possible hut circle and/or a later sheep fold near Ledmore. 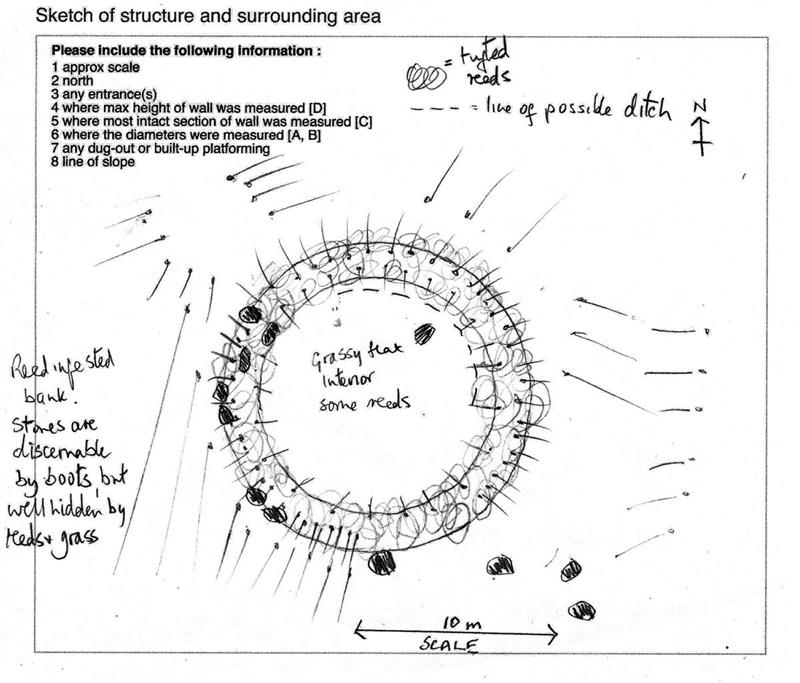 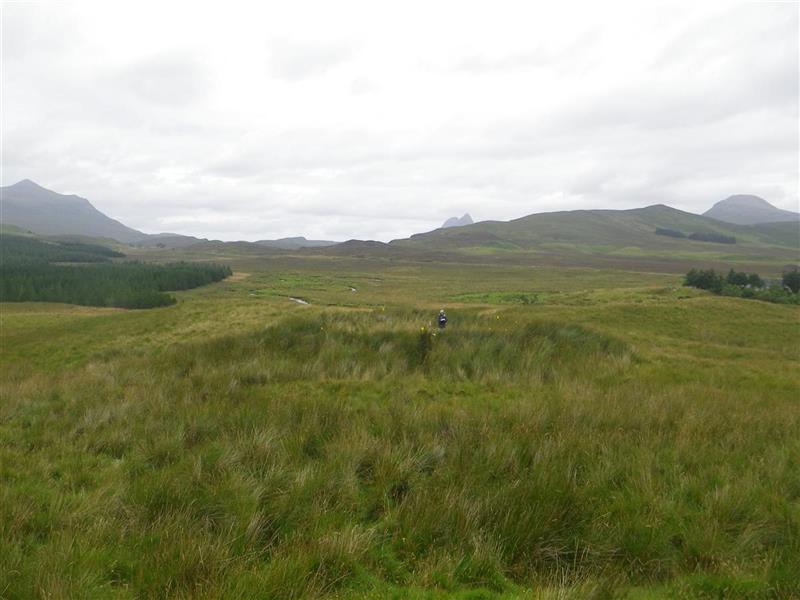 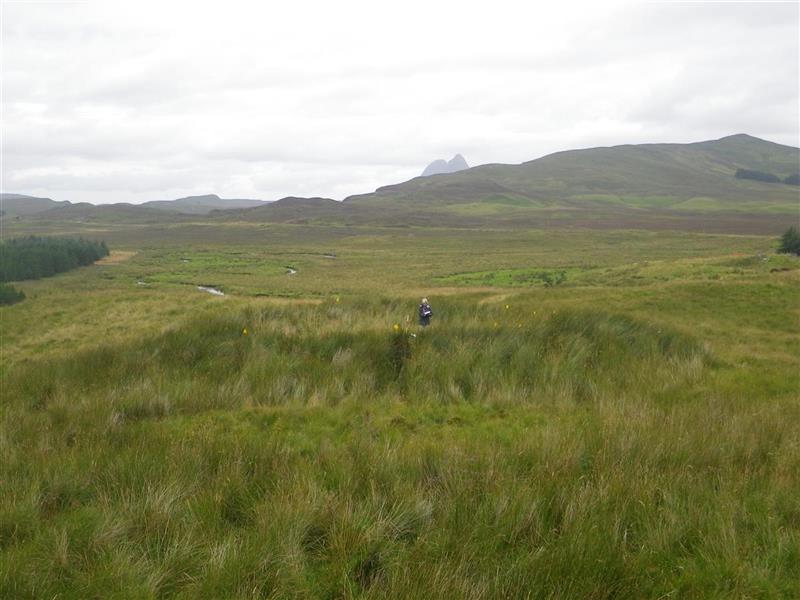 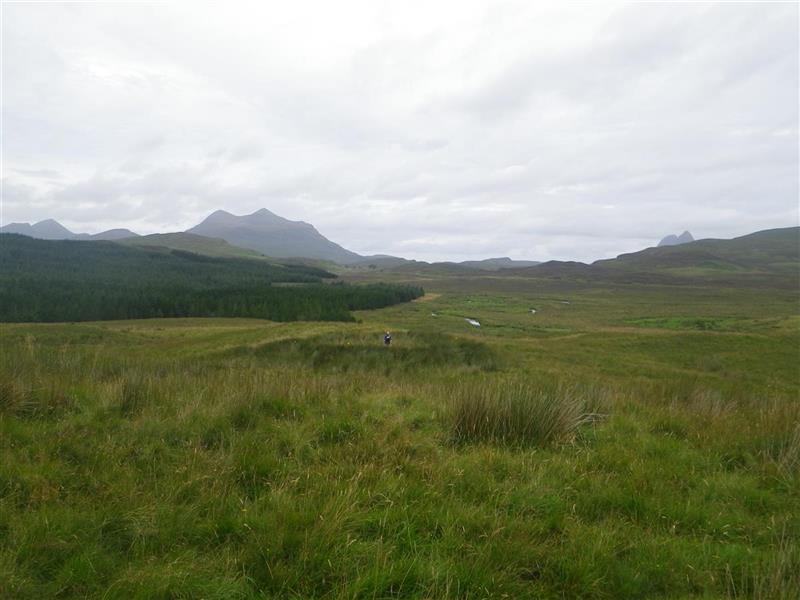 A large possible hut circle and/or a later sheep fold near Ledmore.

An early modern sheepfold, primarily turf-built, as described by the previous authorities. The enclosures, banks, ruinous walls etc are probably associated with early modern land use.
Revised at 1:10,000.
Visited by OS (N K B) 1 & 2 September 1980.

224800 911800 Bad na Cleithe EB060: The hut circle was visited by A Welti and E Blackburn in 2013 as part of research for a dissertation on hut circles in Wester Ross. This was part of a degree course overseen by Aberdeen University. This circular structure sits on a knoll on a gentle north facing slope and has a very visible ring bank covered with rushes and grass, with a few stones discernable by prodding. There are forestry plantations within 200m of the site, and field boundaries in the surrounding landscape which is fairly flat and covered with grass and rushes. The Ledmore River meanders to the N and NW at a distance of around 200m. The site is 800m from fresh water Loch Borralan. Views from the site are panoramic inland with the mountain Suilven showing on the skyline to the NW. Inside the ring bank there seems to be a ditch, discernable in the NE arc otherwise the interior is grassy and flat. The inner diameter averages at 11.55m, outer diameter is 16.15m. The earth and stone bank appears to be constructed of a double skin of stones, but is much degraded by infestation of rushes. It is 1.6m thick with maximum height 0.6m. There is a burial cairn at a distance of 1000m on the N bank of the Ledmore River. It is possible that this structure is a ruined stell, not a round house as it seems to have been a massive structure, similar in dimensions to other stells in the area. <2> <3>