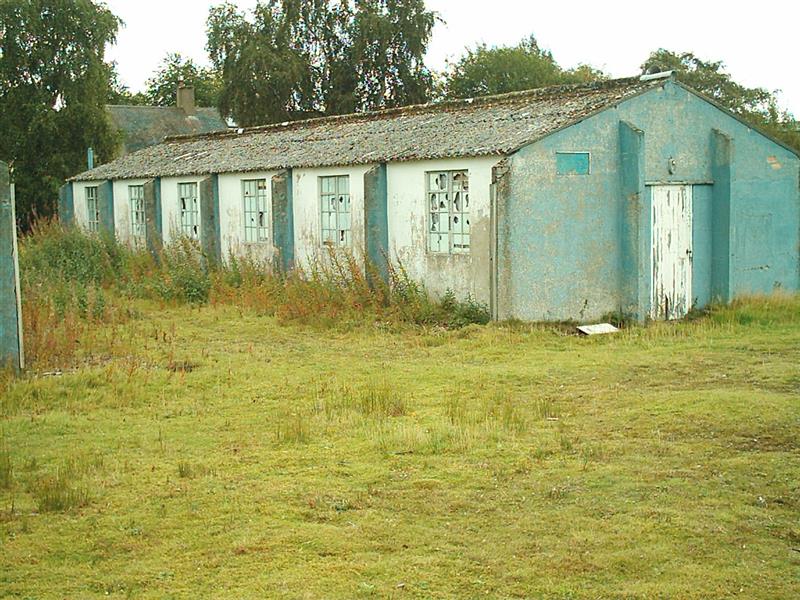 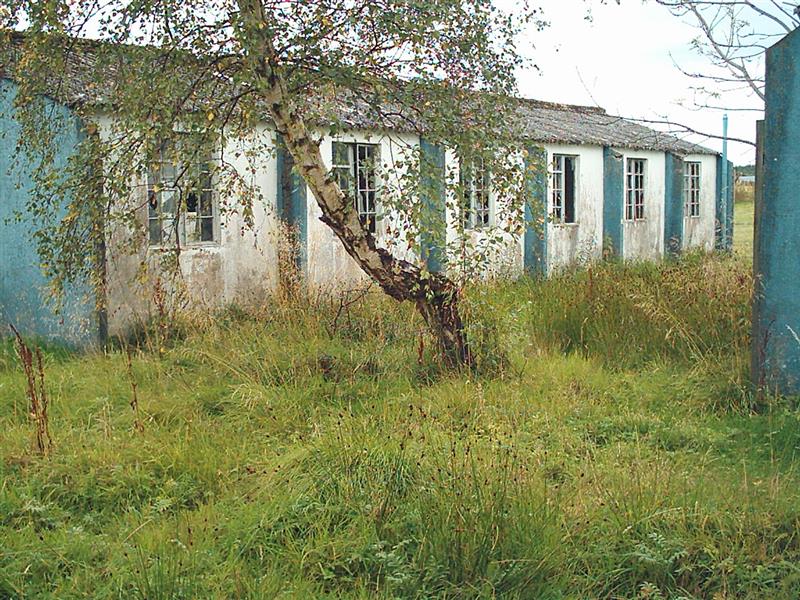 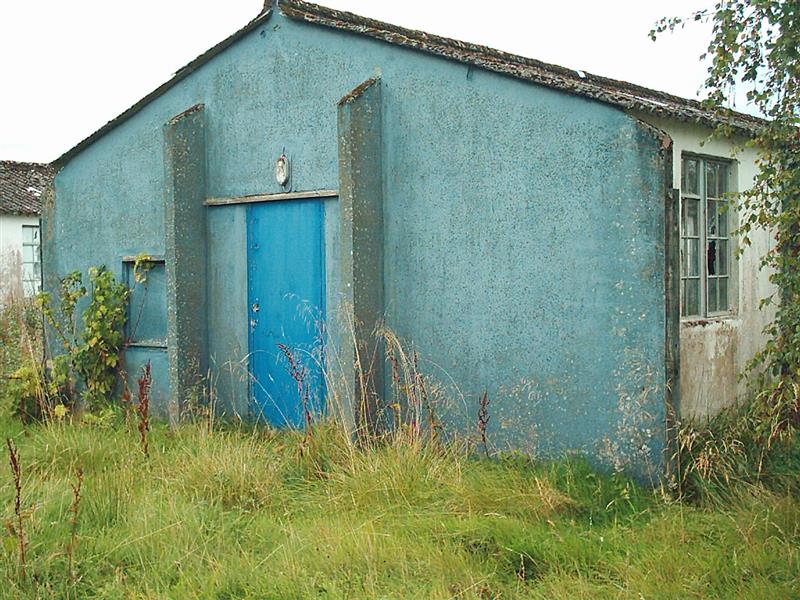 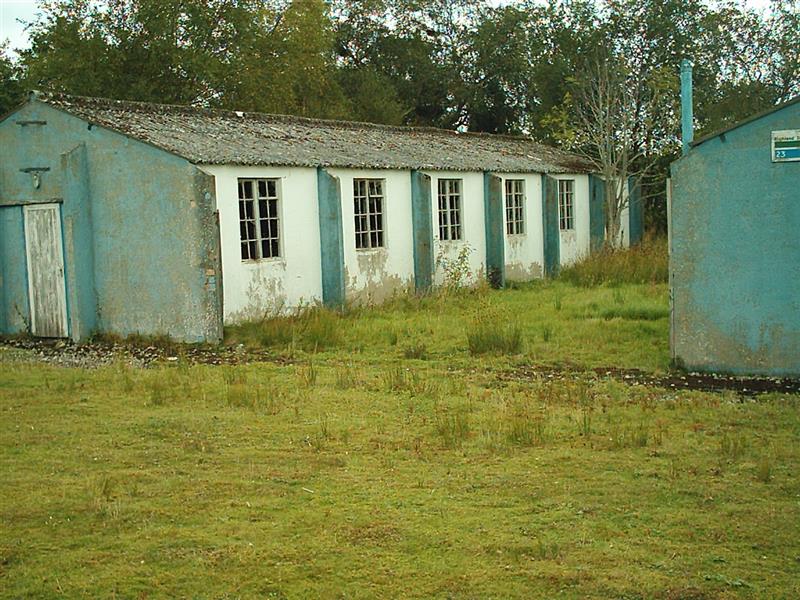 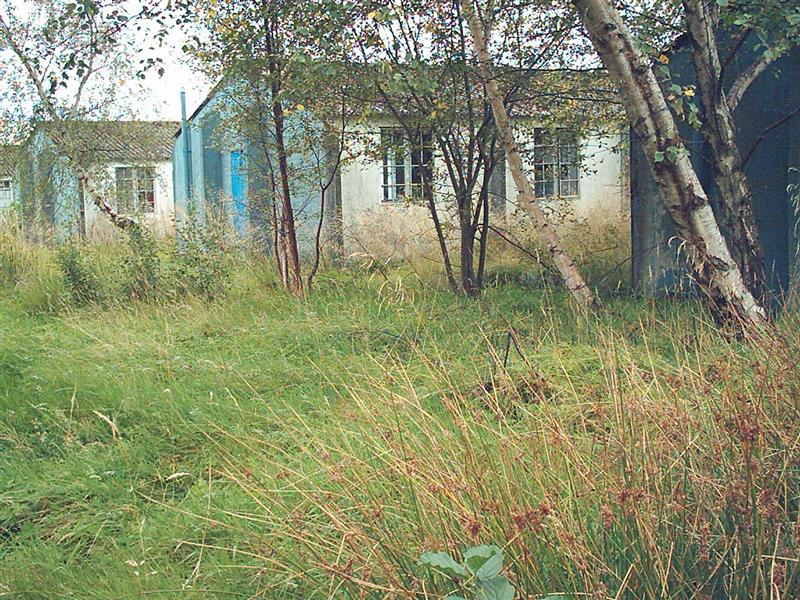 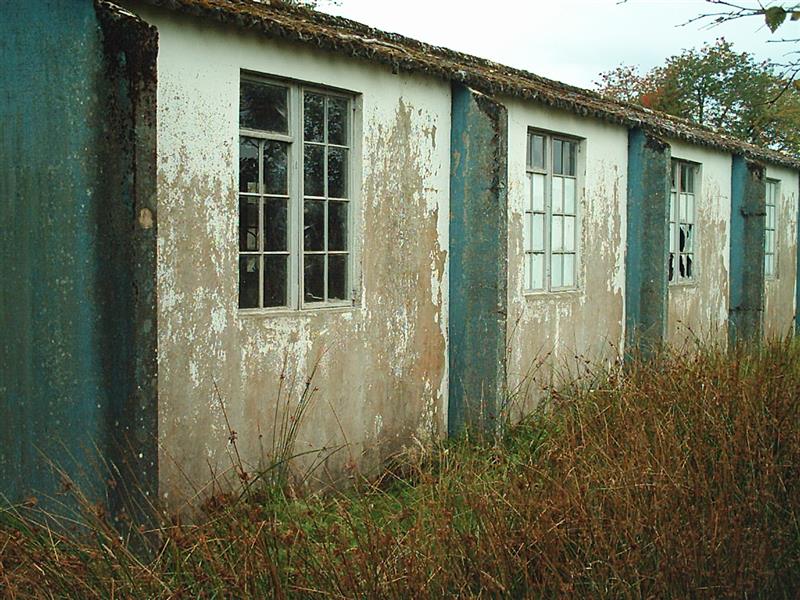 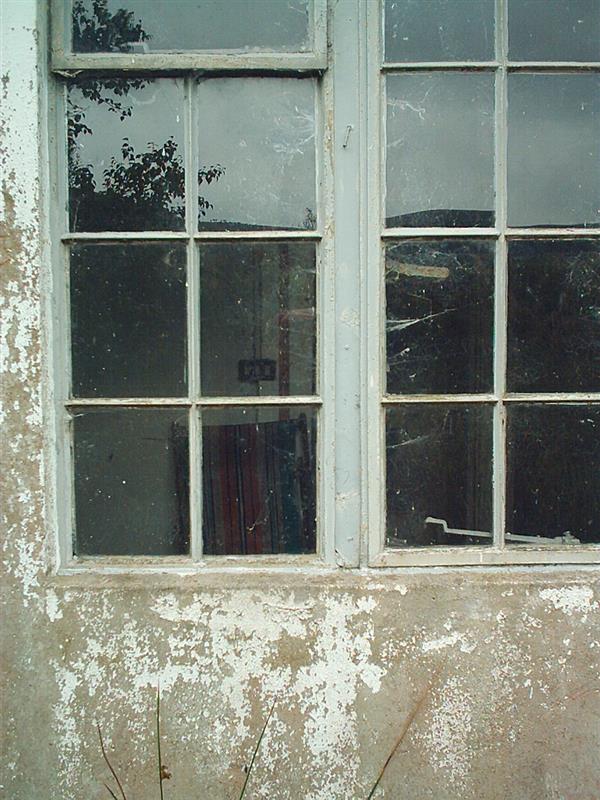 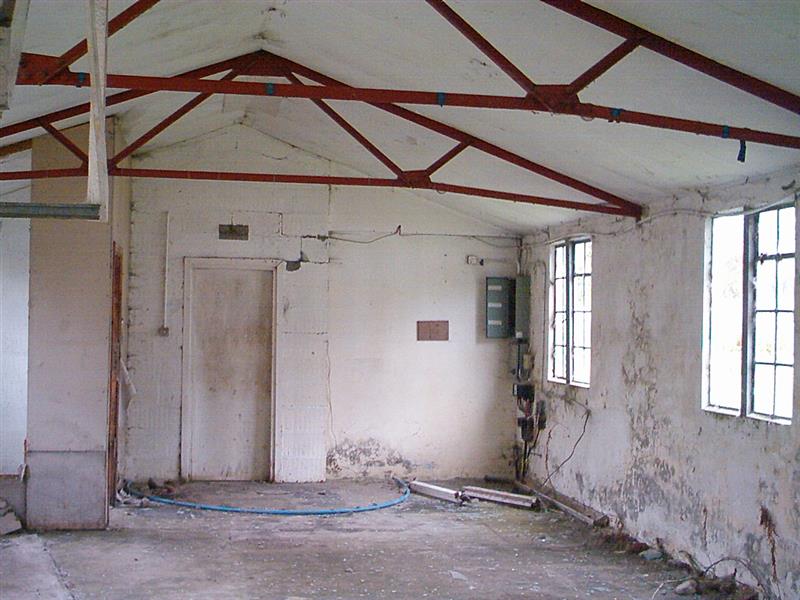 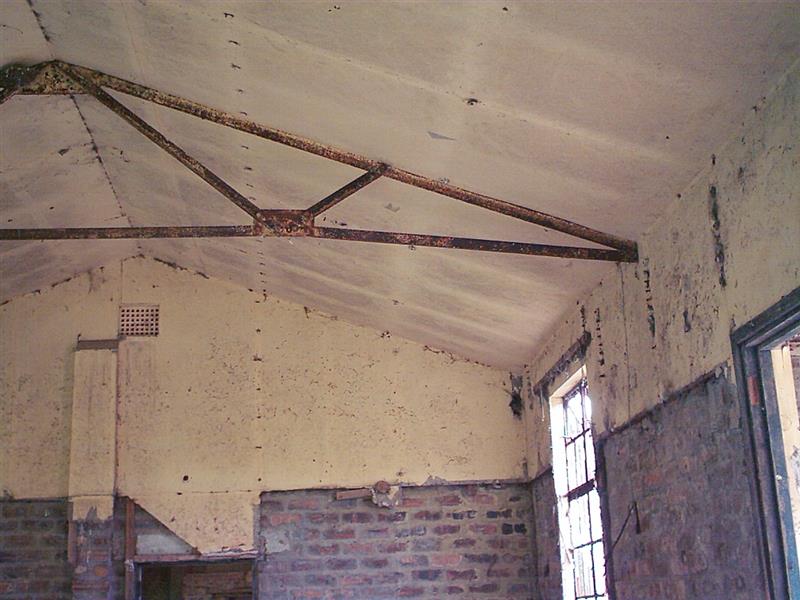 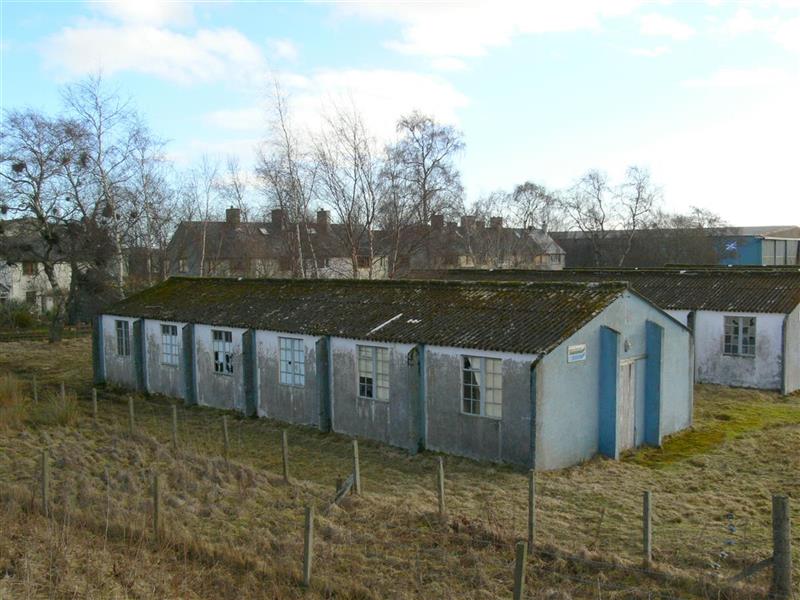 Immediately behind the married quarters are two rows of wooden huts, now empty but until recently occupied. These were the WAAF barracks during the period when the airfield was under military command.
Visited by RCAHMS (DE) January and May 1997 <1>

Alan Kinghorn, who used to live in the area, does not recall any wooden huts but advises that there was a line of "maycrete" huts to the south west of the married quarters. He recalls that when the Novar Estates built their sawmill inside one of the hangars and moved all the sawmill staff from the main estate to the married quarters in 1959, he used to go down there and meet his pals and play in the "maycrete" huts. These huts were recently demolished (ie before June 2011). <2>

These WAAF quarters were noted in ARCH's Evanton Wartime Remains project in 2013. The WAAF quarters were in four prefab concrete huts aligned northeast to southwest. After the war, these were converted into four industrial units. Eddie Szymborski was involved in this renovation. Aquascot used them in 1980s, and they were also used as a body shop. One of the buildings was used by a company selling ‘Part Worn Tyres’. They were crushed and removed in 2012, but the foundations are still visible. On a 1946 RAF Plan, these buildings were labelled Bldg Nos 144-147, constructed of Temporary Brick. Behind this row of four huts, there were 7 additional barrack huts depicted on the plan also aligned northeast to southwest, but their materials not specified. ARCH Contributors: Alan Kinghorn; Murdo Aird; Eddie Szymborski. Centred NH 61957 66702
Wash (ablution) houses were in same area as the WAAF buildings. They were destroyed after the war, probably crushed in 1959 (Alan Kinghorn), and certainly gone by 1980 (Eddie Szymborski). Two ablution blocks are marked on the RAF 1946 plan, between the rows of barracks and aligned northwest to southeast. They are recorded as Bldg No 149,150 “W.A.A.F. Ablution Laundry & Latrine Block” and constructed of “Temporary brick”. Contributors: Eddie Szymborski, Alan Kinghorn
Three small air raid shelters were located to the east-northeast of the barracks, and a fourth just to the southeast of the larger ablution block.
The WAAF dining room was an irregularly shaped building to the east and southeast of the barracks rows. <3>