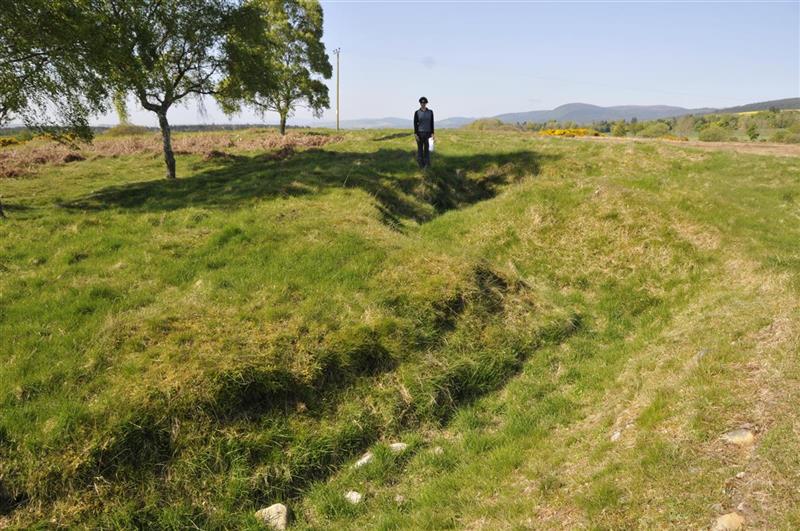 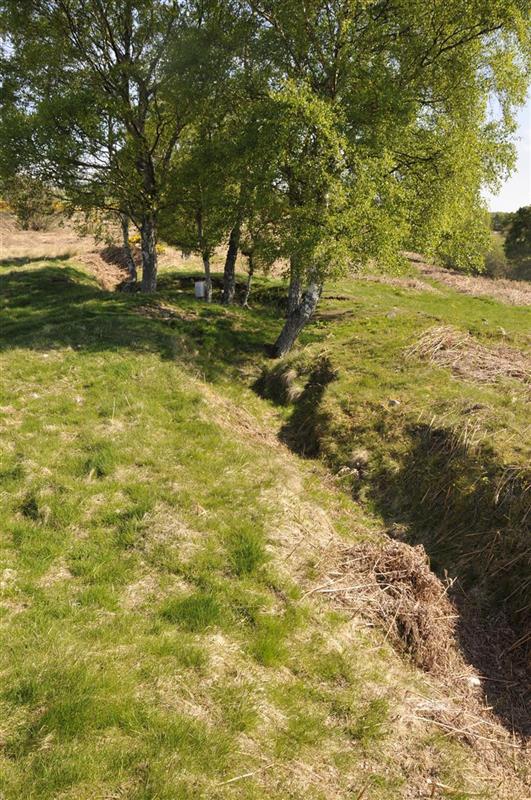 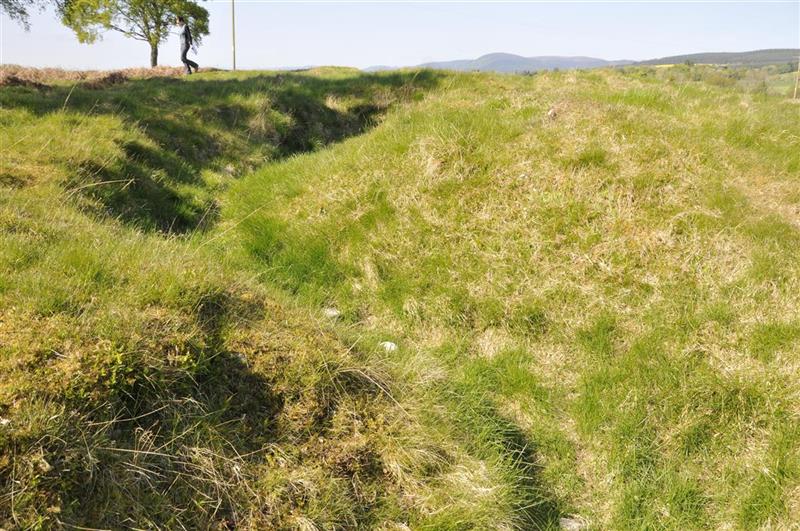 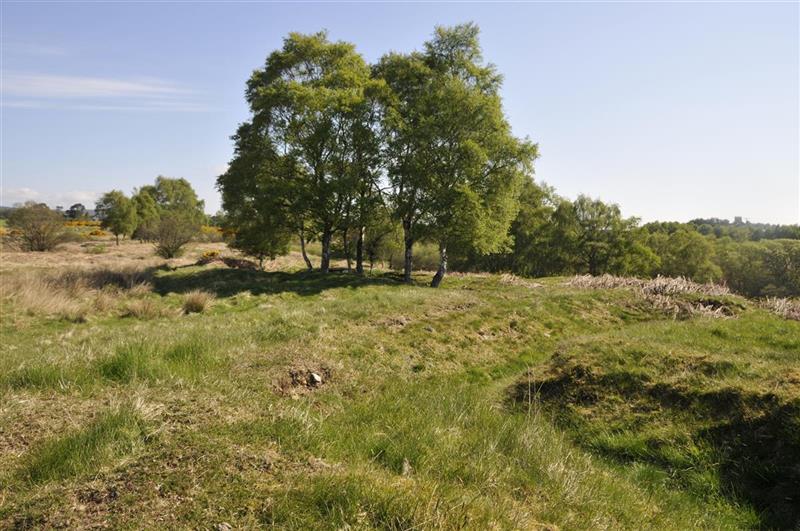 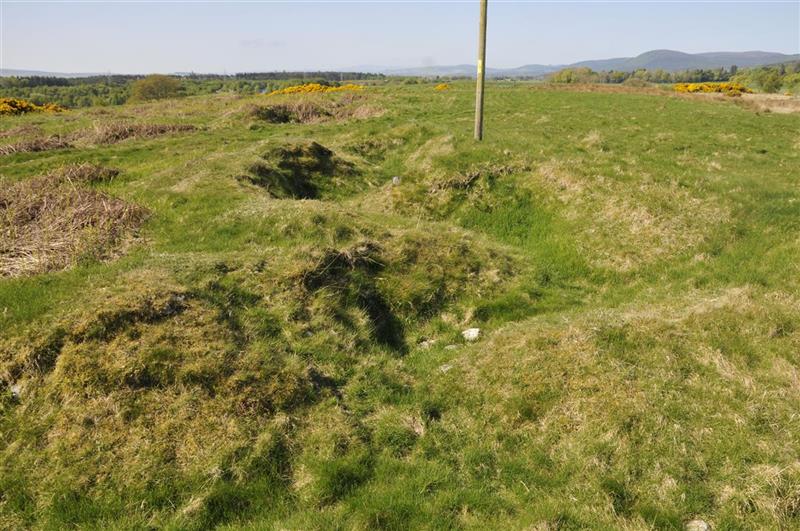 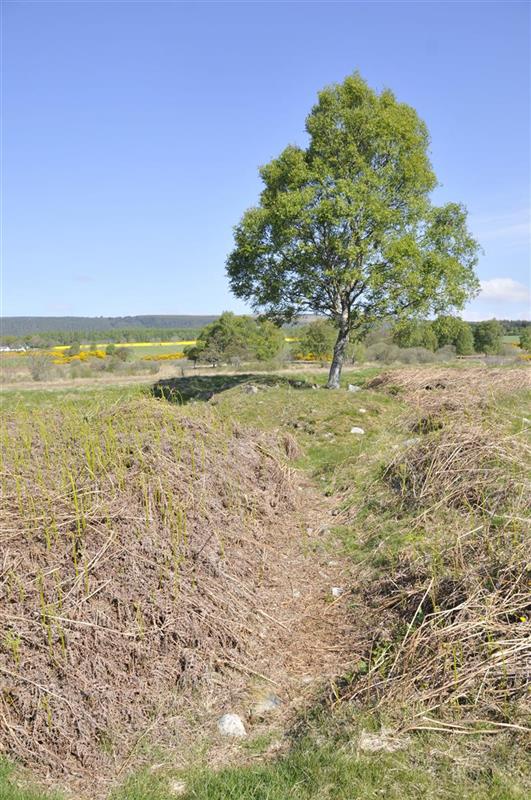 Short stretches of practice trenches, which are of varying design and are situated to the NW of Rhicullen, have been recorded on oblique aerial photography (RCAHMSAP 2007). The trenches are probably of First World War date.
Information from RCAHMS (VLW) 27 April 2007 <1>

As described above. First depicted on the 25" OS map c.1974 (epoch 5a) extending further to the SW than current OS mapping suggests. The trench is (incorrectly) annotated as 'drain' on both the 1974 and current 6" and MasterMap OS mapping. The focus of the trenches appears to have been the flat ground to the NW, with access, service and supply trenches feeding the main stretch from the E and SE. Some sections are c.1.5m deep with parts apparently strengthened with rubble. <2> <3>

The practice tranches at Rhicullen comprise three groups of earthworks. That to the SE (NH 69545 72062) appears to be a possible mortar emplacement with two communication trenches to the E.
The best preserved trench system lies c.150m to the W on the crest of a slight ridge and comprises a zig-zag trench with at least seven communications leading downhill to the E. The surviving earthworks of the trench extend for 170m SW-NE (NH 69297 72007 to NH 69412 72137). The SW end has been truncated by earth moving and c50m of trench system has been lost.
A poorly preserved third group lies 440 to the NW. This group of three lines of zig-zag trenches linked by communication trenches has been affected by the earth moving with the construction of a reservoir in the early 1970's and a later water pipeline. Lengths of the trenches can be seen, some as deep as 1m.
Visited by RCAHMS (AKK) 12 October 2012.

The trenches lie about 3.5km NNW of Invergordon and are almost certainly associated with the training camp of the Queen's Own Cameron Highlanders near the town.
Recorded as part of HS/RCAHMS World War One Audit Project 2013. <5> <6>

The practice trenches were Scheduled by Historic Environment Scotland in 2017. <7>

GIS spatial data added 2019 for the NW area of trenches, copied from data supplied by AKK from RCAHMS World War One Survey Project. <9>