Three prominent cairns, generally known as Captain Robertson's cairns, although it appears that the cairn that originally bore his name has been destroyed. 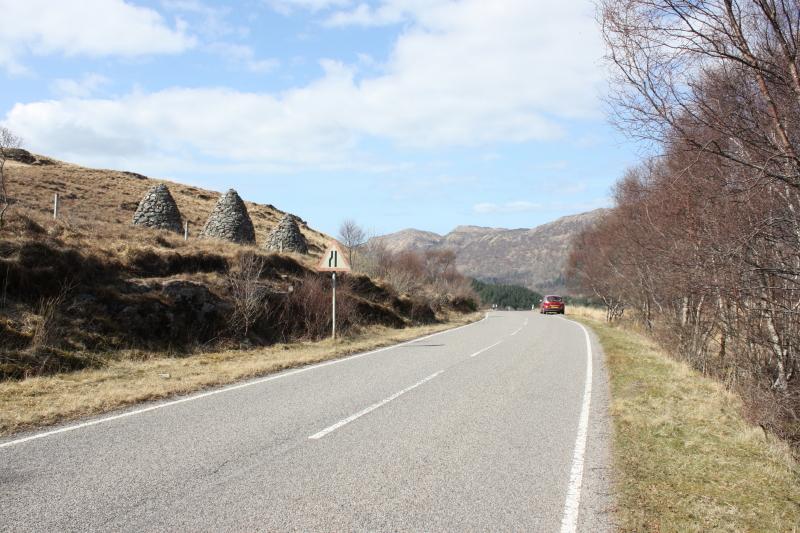 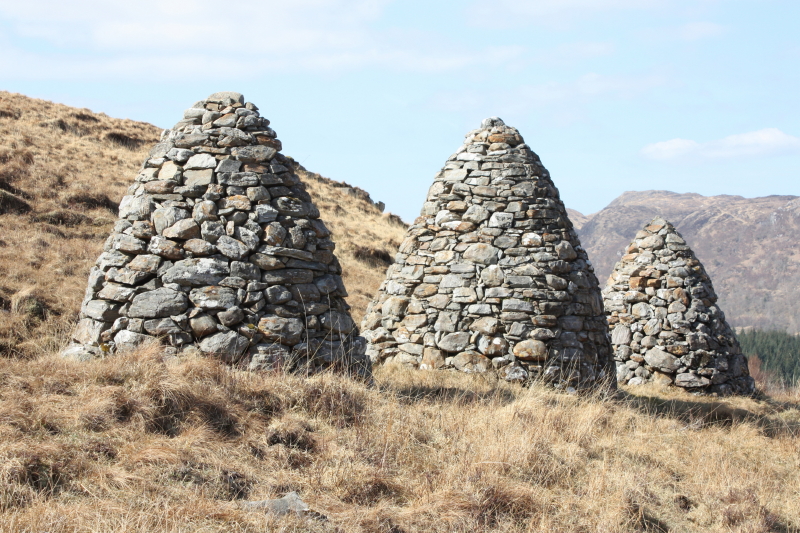 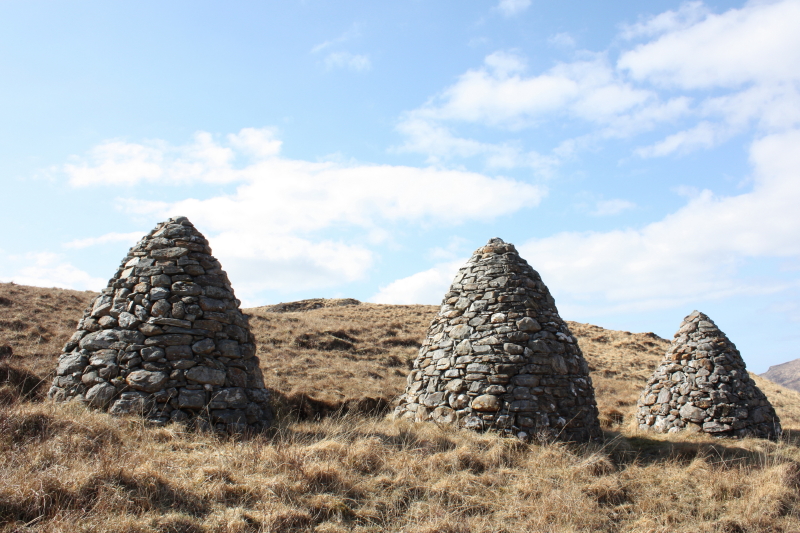 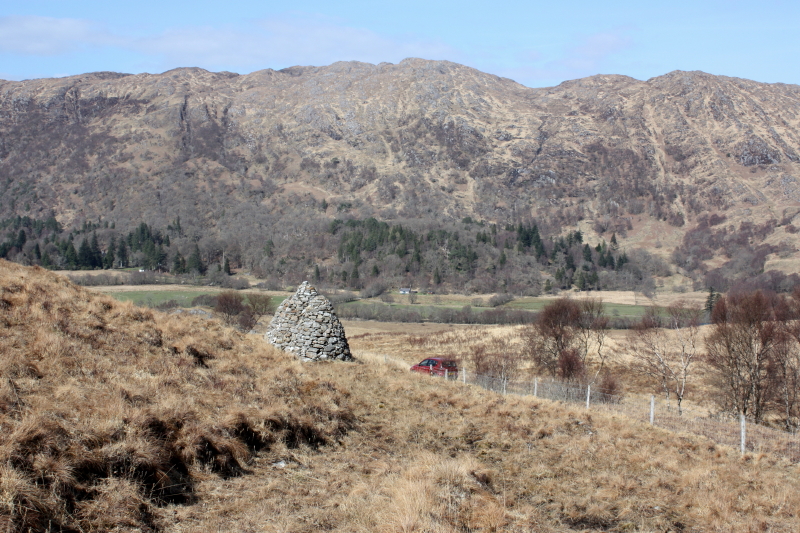 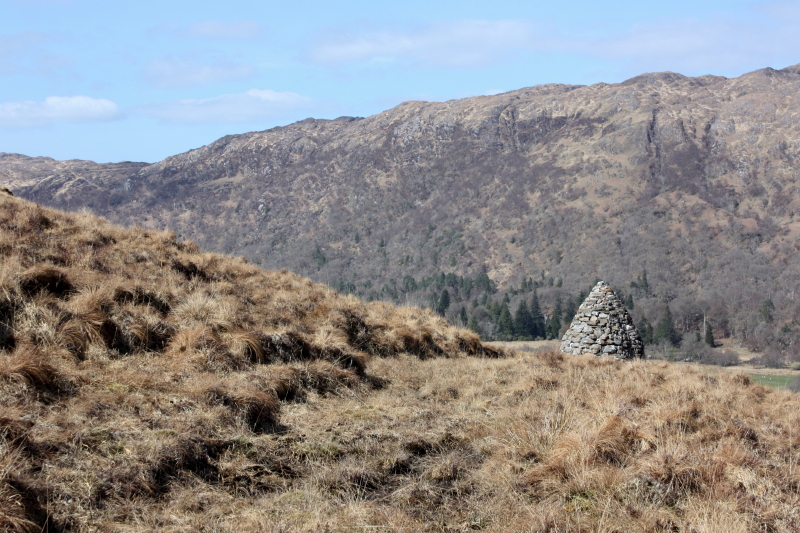 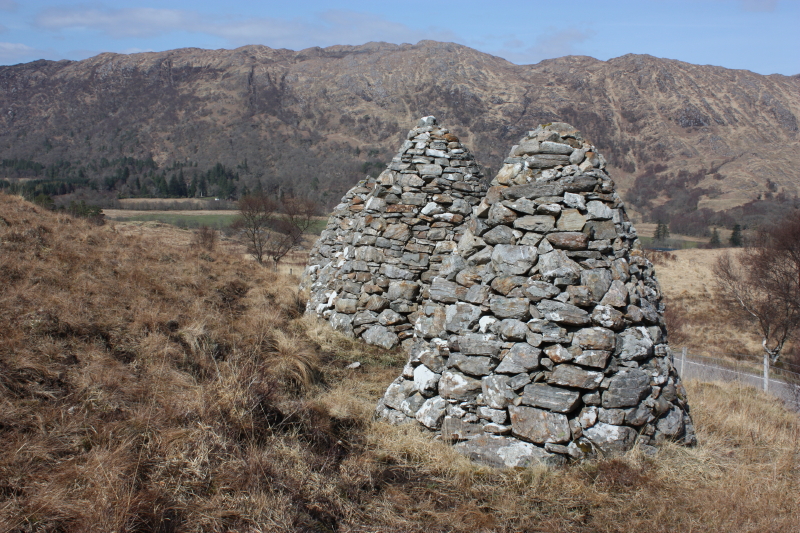 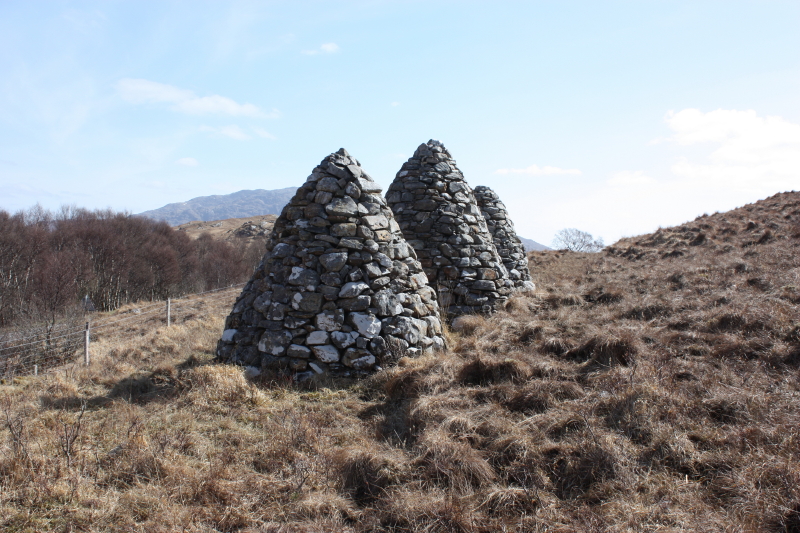 Three cairns are depicted on the modern Ordnance Survey Mastermap, and further cairn is depicted c.27 metres to the south east and named as Captain Robertson's Cairn (1868). The latter cairn does not appear to survive on the ground. The 1st edition 6 inch map of this area seems only to depict Captain Robertson's Cairn itself, suggesting that the others were erected later. <1><2>

The site was visited and photographed by a member of HCAU staff in March 2007. <3>

A photograph of these cairns features on the Geograph website. Martin Briscoe advises that four crosses are listed under St Finnan's Isle Burial Ground (Loch Shiel) in "Pre-1855 Monuments Inscriptions in Lochaber and Skye". One of these is "W J R 1869", believed to be Captain W J Robertson of the 42nd and 30th Regiment who died 26 June 1869. There is also a memorial window in St Finnan's Episcopal Church, Kinlochmoidart. Although the OS map records the cairn as 1868 this is believed to be the same person. The cairn may have been erected when his coffin was taken to St Finnan's Isle , or later as a memorial. Local knowledge suggests that it the cairn was erected as a burial cairn. <4><5>