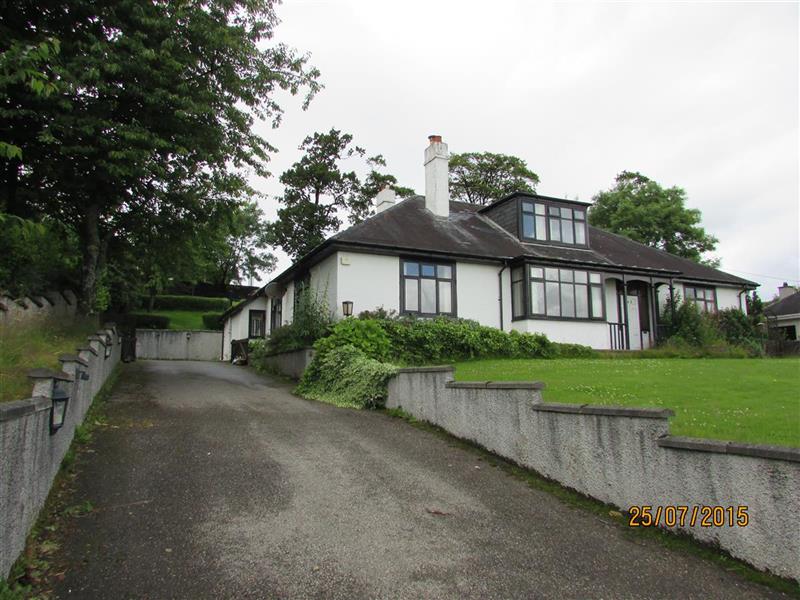 Officer's House no. 2 showing extension at back by ARCH © ARCH 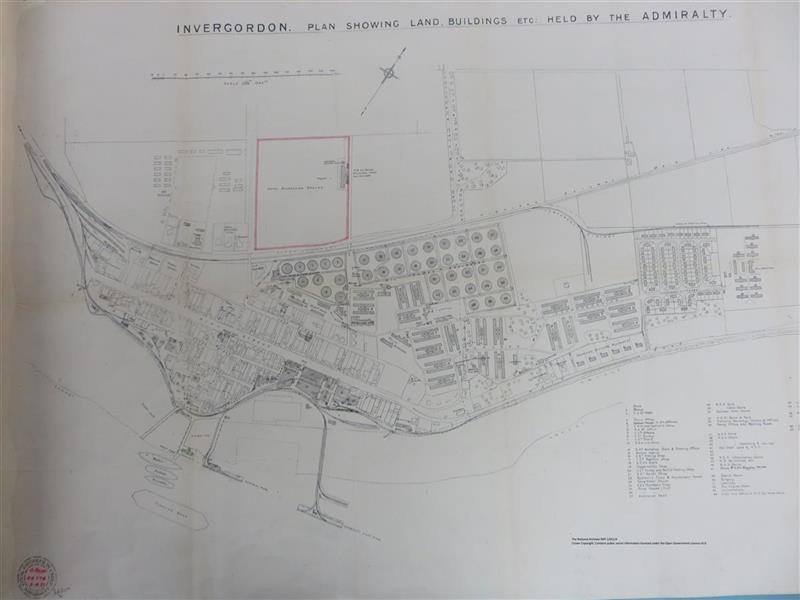 The buildings were investigated in 2013 as part of a project to characterise the quantity and quality of the Scottish resource of known surviving remains of the First World War and was carried out in partnership between Historic Scotland and RCAHMS.'. Six substantial detached houses for the dockyard officers; these six houses survive with later alterations. Recorded as part of HS/RCAHMS World War One Audit Project 2013. <1> <2> <3>

The buildings were also investigated in 2015 as part of the ARCH project 'Invergordon in World War I'. During WWI, the dockyard employed over 4000 people, requiring new accommodation. The Admiralty built six residences for officers at the eastern end of the town on the Saltburn Road. They were single storey, with a central dormer facing the sea, a small extension on the northwest corner and three chimneys. Local tradition is that they were very well built. All been renovated and changed to some degree over the years, but postcards survive showing their original construction. No. 6 was the most easterly of the group. No. 1 on the west is the least renovated. Valuation Rolls show that all six remained the property of the Admiralty until 1929-1930, and after that only numbers 2, 3, and 4, which they held until at least 1970. <4>

At least three versions of a WWI Naval plan survive, two in private collection which probably date to wartime, and one in the National Archives (MPI 1/641/4) which dates to 1921. On all three the buildings taken over or built by the Navy are shaded, but there are a few discrepancies between the plans. One of the plans in private collection has enlarged details, but only shows the Admiralty buildings and not others in the town. Valuation Rolls also indicate some buildings not shaded on our plans were taken over by the military. It is clear from contemporary photographs that the army built additional buildings, particularly north of Cromlet Drive. <5>