A hut circle at Doir 'a' Bhaird (Sand South). 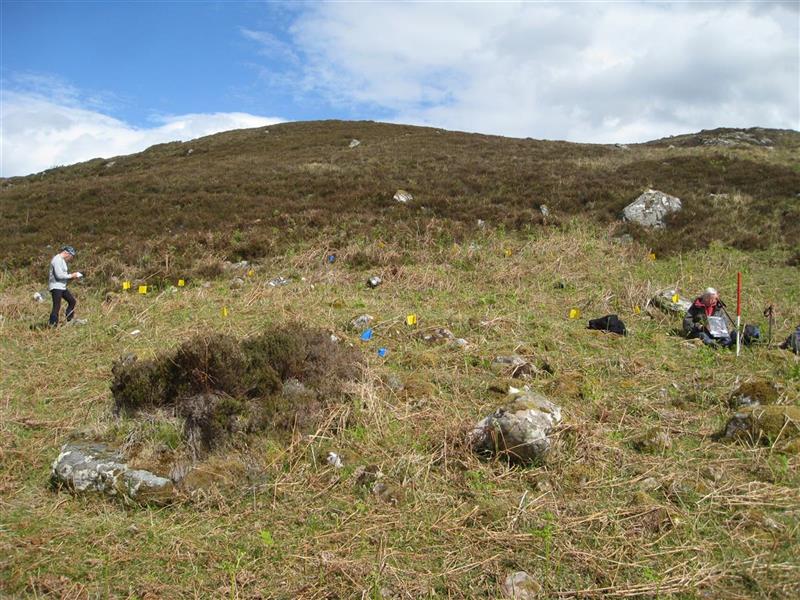 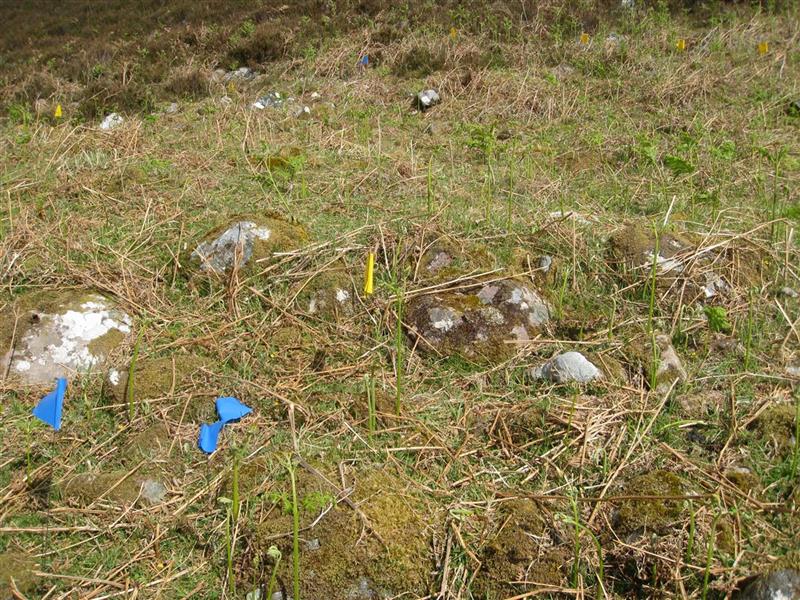 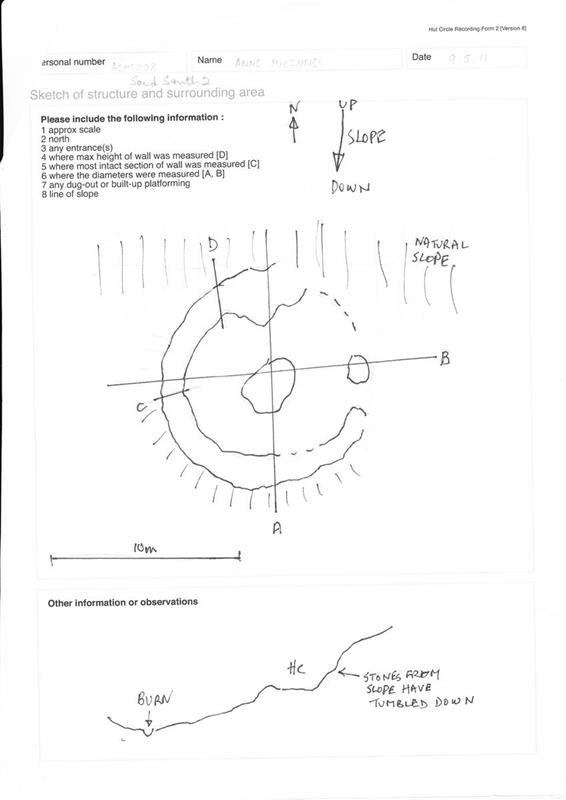 A hut circle at Doir 'a' Bhaird (Sand South). Possibly not recorded originally by the OS, but difficult to be sure.

178698 880728 Sand South 2 AEMC008: The hut circle was visited by A Welti, A MacInnes and J and M Buchanan in 2011 as part of research for a dissertation on hut circles in Wester Ross. This was part of a degree course overseen by Aberdeen University. This circular stone structure is in poor condition. It is one of a group of 10 circular structures on the lower south west slopes of Meall Mor. It sits 20m from a stream on a moderate south facing slope inside an enclosure of indeterminant date. The surrounding undulating landscape is covered with heather, grass and bracken and there is evidence for field boundaries of turf and stone. The vegetation in the interior of the HC is predominately grass and bracken. An embankment to the south built out from the slope has created the site platform. Views from the site are panoramic over land and sea. Average inner diameter is 7.0m, outer diameter is 9.85m. The double skinned wall thickness is 1.0m, with maximum height 0.7m. A definite entrance faces South East, with internal width 1.1m, external width 1.4m. The length of passage is 3.2m, indicating extended entrance terminals; the terminal on the south of the entrance shows this clearly, (see photograph). AEMC008 is at a distance of 20m from AEMC010 (see MHG58950) and AEMC009 (see MHG58949), and is 30 m from AEMC011 (see MHG58951). <1> <2>