A hut circle at Kilchrist, Skye. 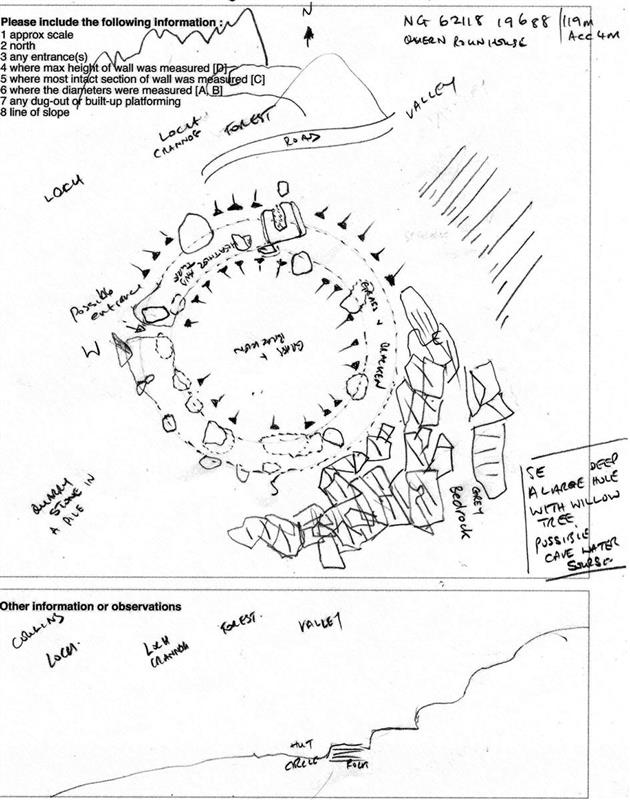 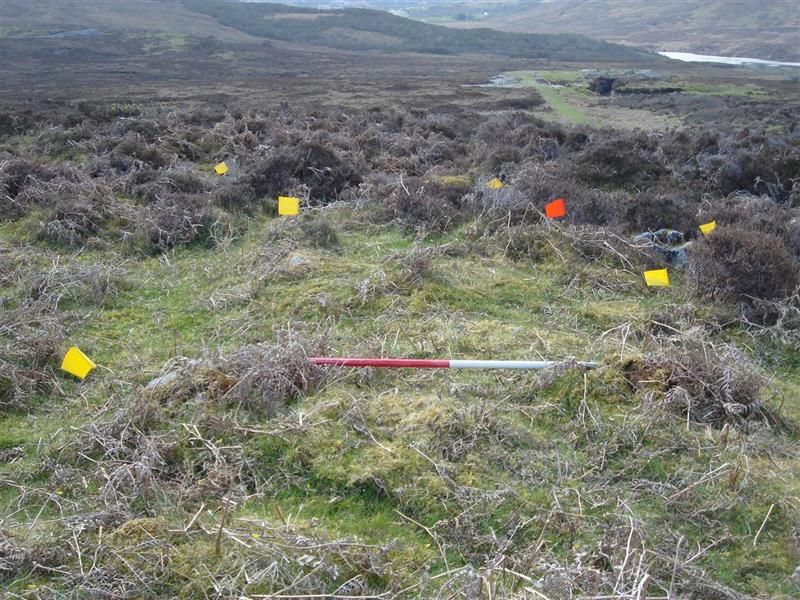 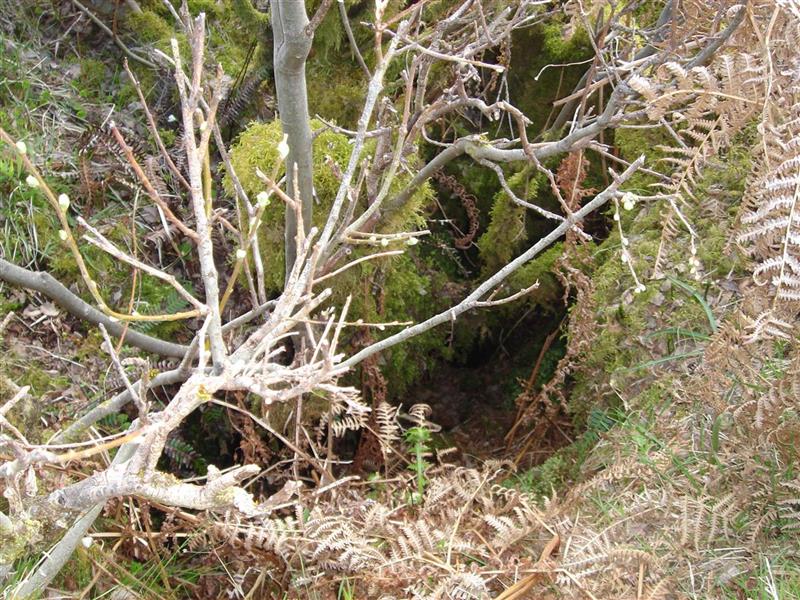 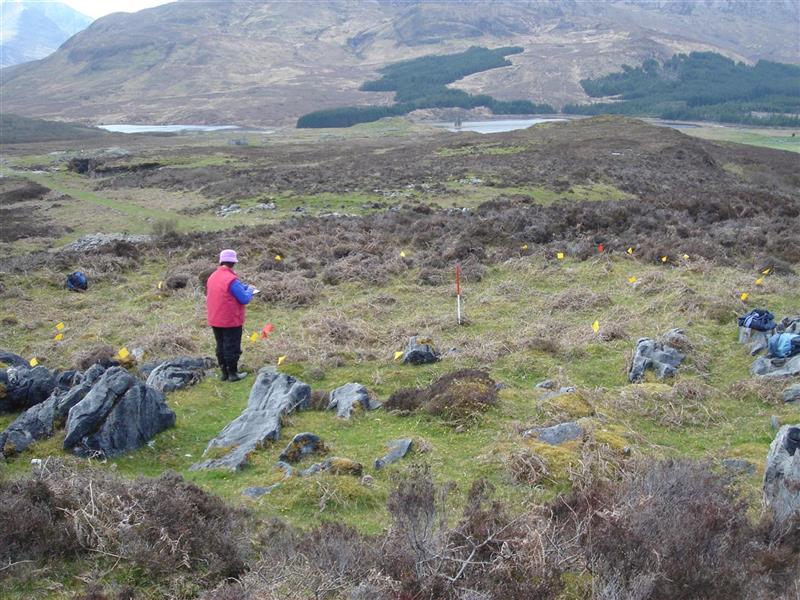 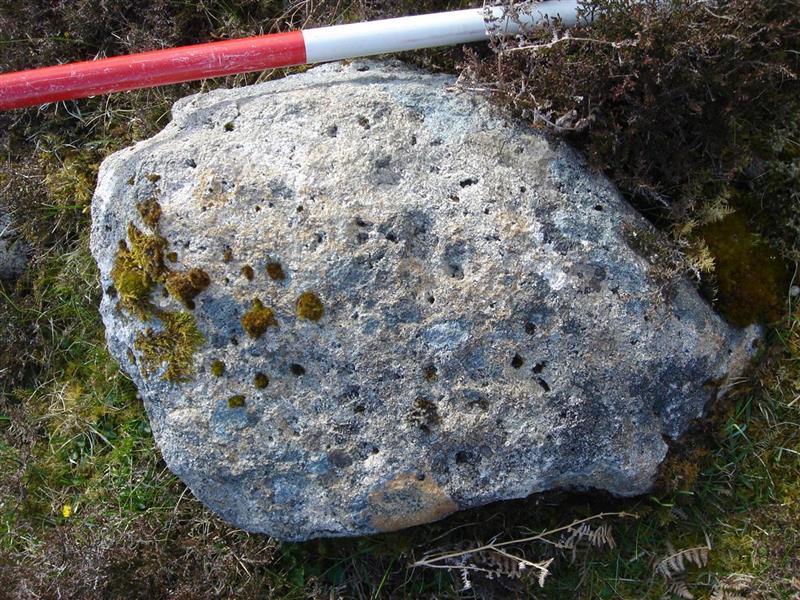 A hut circle at Kilchrist, Skye.

A hut circle (site LS113), one of 29 identified or re-recorded by M Wildgoose in a walkover survey as part of the High Pasture Cave and Environs project. Two test pits were excavated in the hut circle in 2011. A well preserved ring-bank lying amongst limestone outcrops, which measures 12 meters in diameter over a bank 2.20 meters wide at the base. Excavation in the centre of the site revealed a shallow pit containing a mix of charcoal pieces and pot boiler fragments associated with a compacted earth surface. Excavation across the rubble bank showed that the wall had been faced with horizontally laid stonework on the inside only, the remainder of the wall being a pile of random boulders and earth. A sample from the pit fill produced a C14 date of 360-271BC. <1>

Summary of the landscape survey project and test pitting campaign. <2>

162118 819676 HPC113 Kilchrist: The hut circle was visited by A Welti and J Guest in 2010 as part of research for a dissertation on hut circles in Wester Ross. This was part of a degree course overseen by Aberdeen University. This is one of a number of prehistoric roundhouses in the area in and around Strath Suardal. This Strath runs NE/SW from Broadford to Torrin. These roundhouses are of special interest as all are within relatively easy reach of the site of High Pasture Cave (MHG32043) and hence some may have been associated with it. HPC113 is at a distance of about 2000m from High Pasture Cave. The structure sits on a platform on a natural terrace on a heather covered moderately steep west facing hillside which slopes down to Loch Cill Chriosd at a distance of around 400m. The platform is dug into and built out from the slope. Other surrounding vegetation is mainly grass. Grey bedrock is in evidence in the immediate surroundings. The site is near to a track, probably ancient, which passes below the HCs lower down in this cluster, running in a N/S direction. A quarry, which was worked in the 19th and 20th centuries, is very near to HPC113. Lying around in the vicinity of the structure are piles of discarded rock chunks, probably from the quarry, some of which may have been used in constructing the HC. The HC is 20m from a stream, 500m from freshwater Loch Lonachan and 1000m from freshwater Loch Chriosd. There is a water source and a possible cave at a distance of 5m East of the E wall. Views from the site are panoramic including inland and sea. There is a clear sight line to the chambered cairn (MHG5318). The double skinned wall has average inner diameter of 7.3m, and outer diameter is 12.0m. The wall is 1.8m thick with maximum height 0.5m. A possible entrance faces W with internal passage width 1.2m, external width 1.0m. Passage length is 2.8m, indicating extended terminals. HPC113 is at a distance of 300m from both HPC116 and 117. This HC was test-pitted by Martin Wildgoose and S Glover as part of the High Pasture Cave and Environs project, (see MHG5230). Excavation produced charcoals and pot boilers and a date from a pit fill in the occupation horizon of 360-271BC, Middle Iron Age. <3> <4>