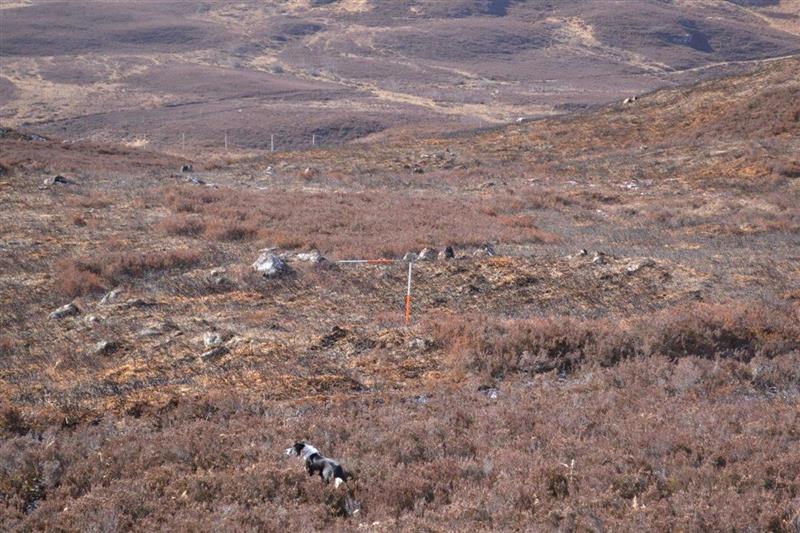 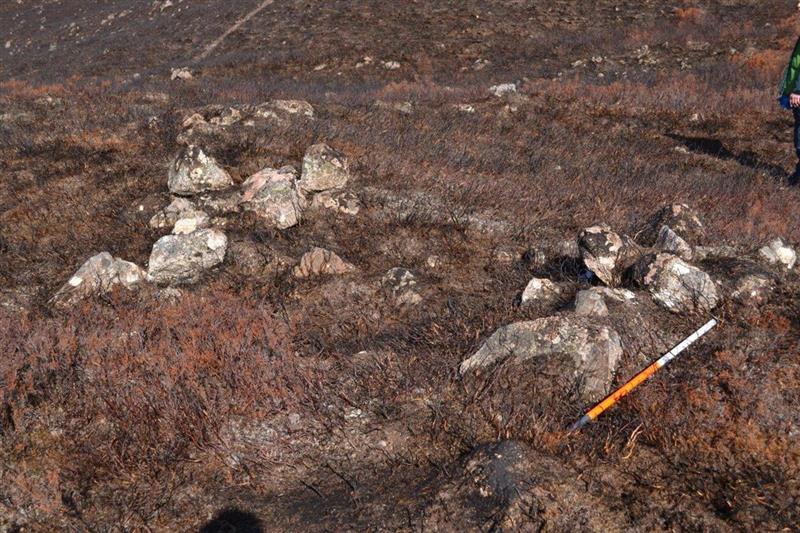 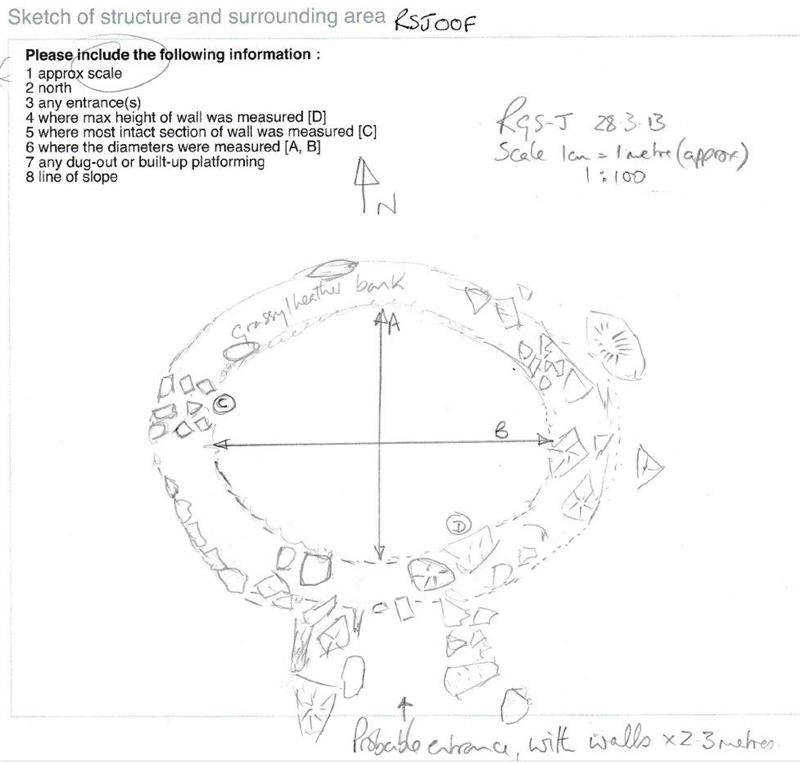 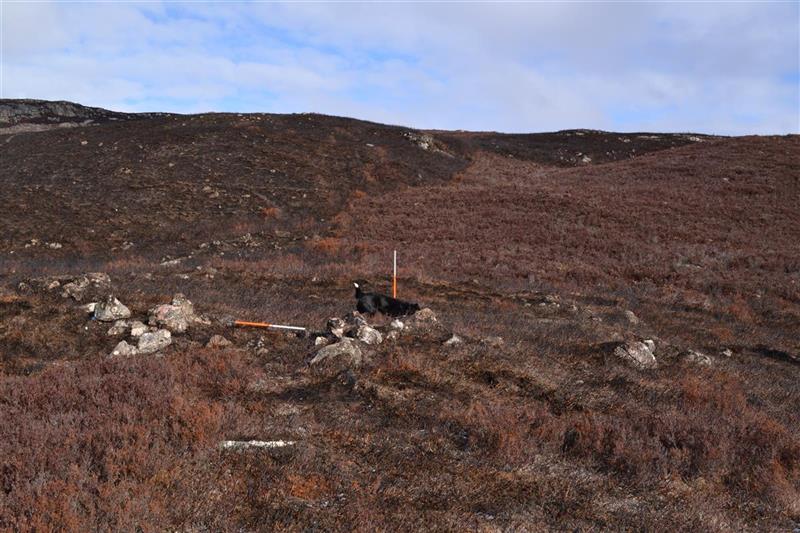 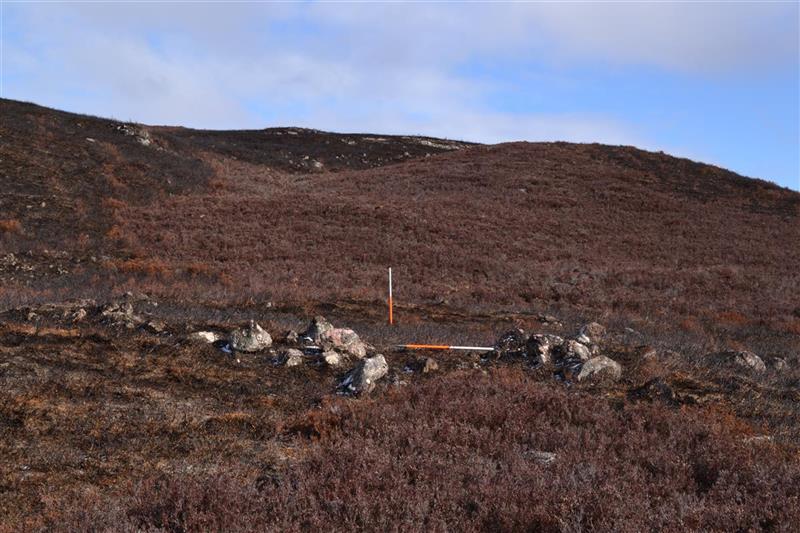 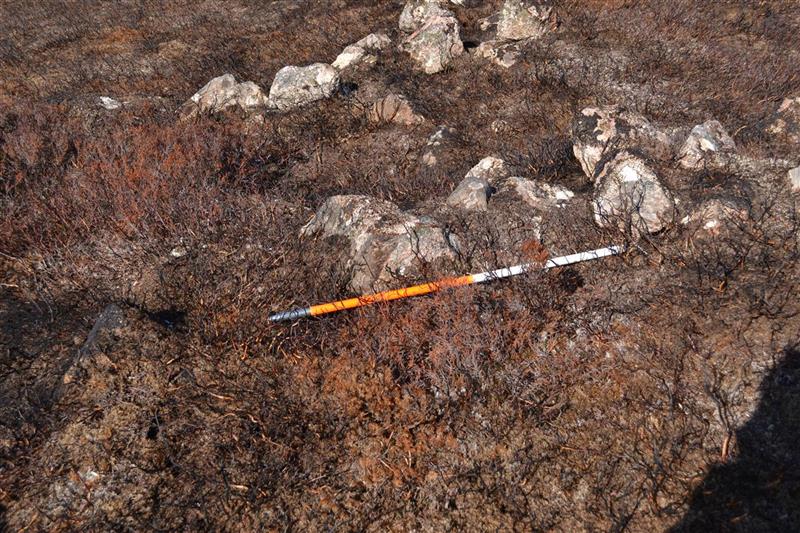 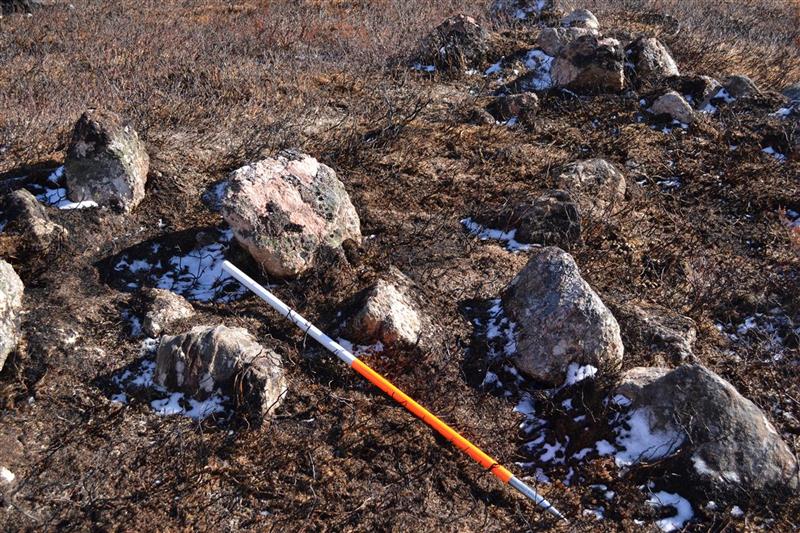 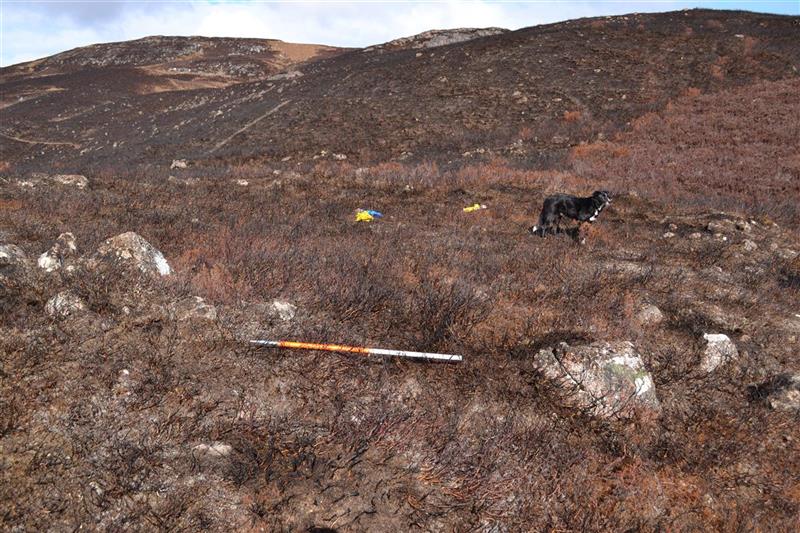 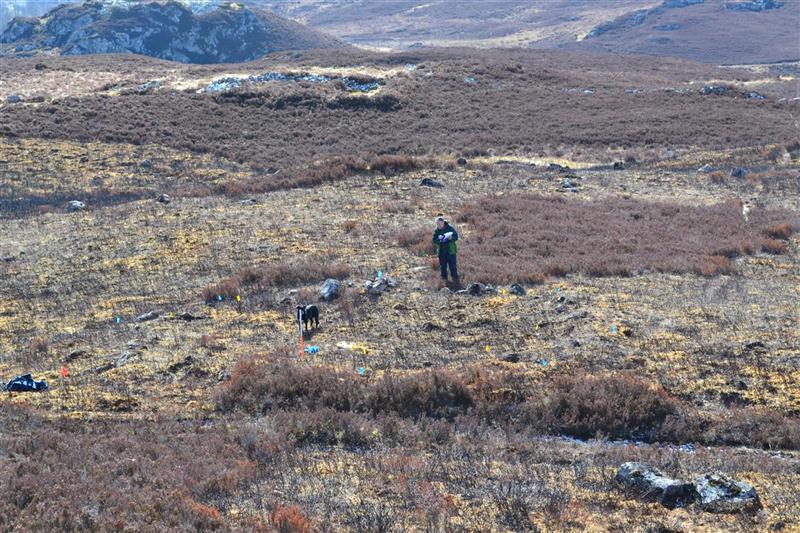 This site was visited multiple times by R Spencer-Jones of NOSAS between March and June 2013. All but three of the hut circles were identifiable due to heather burning at the site (for grouse) which had made the majority of hut circles more visible. The three that were unlocated were A, J and K.
Hut F - [NH 45595 45562] The remaining circular walls are indistinct apart from in the west and south east quadrants. Located on a gentle south facing slope, it has a definite entrance and entrance passageway consisting of two lines of rough large stones to the south which measured 2.3m in length, 1.5m in width and with stones standing 0.8m in height. The recent heather burning had exposed a degenerate circle that would otherwise have been missed. The general shape was circular. The internal diameter measured 7.3m x 9.75m on the north-south axis. The internal diameter measured 9.98m x 11.05m. <1>

NH45595 45562 Allt na Criche 2 (F) RSJ002 (F). The hut circle was visited by A Welti and R Spencer-Jones in 2013 as part of research for a dissertation on hut circles in Wester Ross. This was part of a degree course overseen by Aberdeen University. This circular stone strucure is one of a group of 10 roundhouses at Urchany Glen. RSJ002 is in poor condition. There are 3 duns in the near landscape and a burial cairn is nearby. The HC is adjacent to an enclosure. Evidence of long term agriculture in the area is given by turf and stone field walls, and clearance cairns. The terrain is rough, hilly and rocky. Vegetation inside the structure is mainly heather, with some moss and grass. The surrounding landscape vegetation is entirely heather. The HC is 90m from a stream, 18m from a lochan and 450m from a river. RSJ002 is sited on a gentle south facing slope with panoramic views inland. The ring bank is covered with grass and heather; some facing stones are visible. Average inner diameter is 8.0m with outer diameter 10.5m. The double skinned wall is 1.5m thick with maximum height 0.3m. The probable entrance faces south, and a small walled passage with total length 2.3m seems to form an extended entrance (see sketch). Alternatively this passage could have been added later for farming purposes. A shieling lies at a distance of 53m from the HC. RSJ002 is at a distance of 30m from RSJ001 (see MHG61219) and 35m from RSJ003 (see MHG). <2> <3>