A hut circle at Ben Suardal. 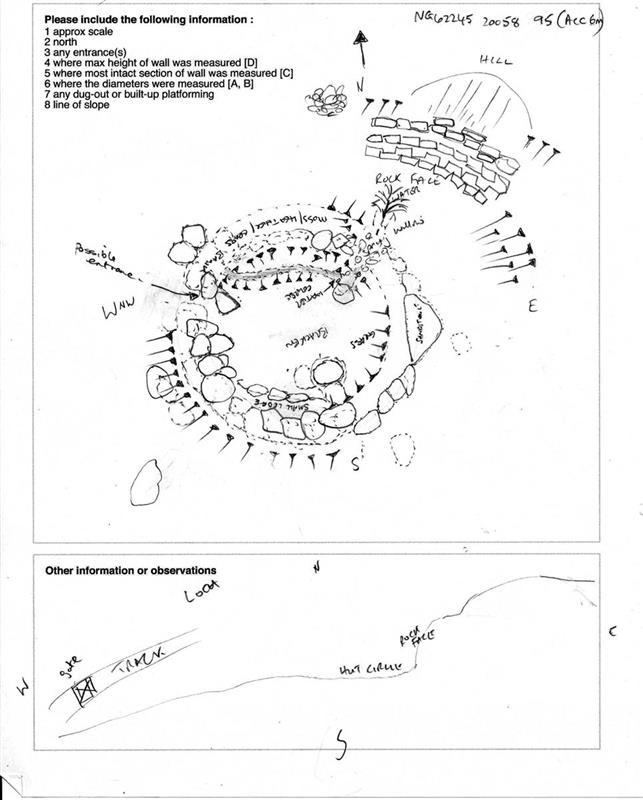 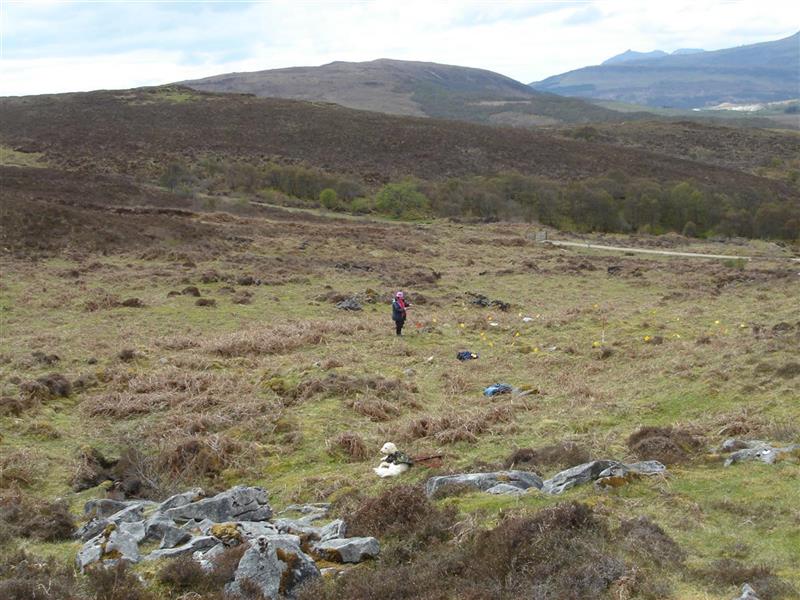 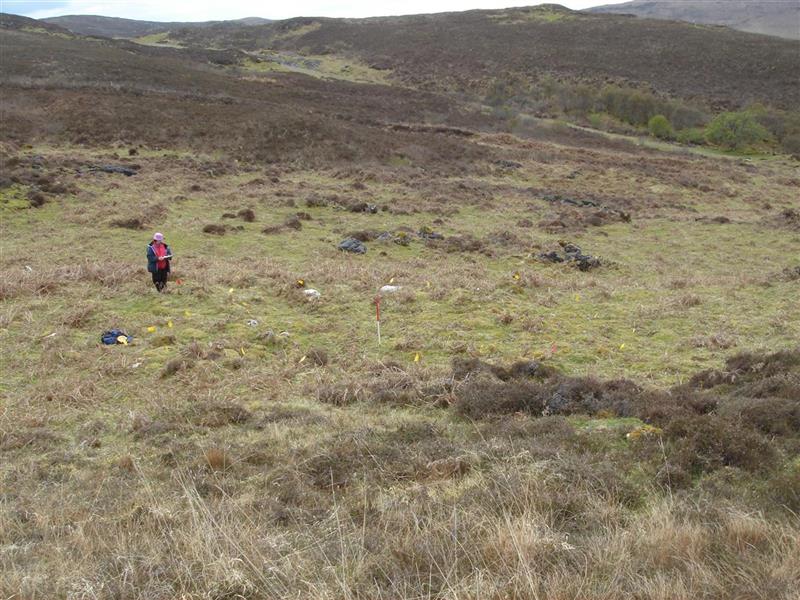 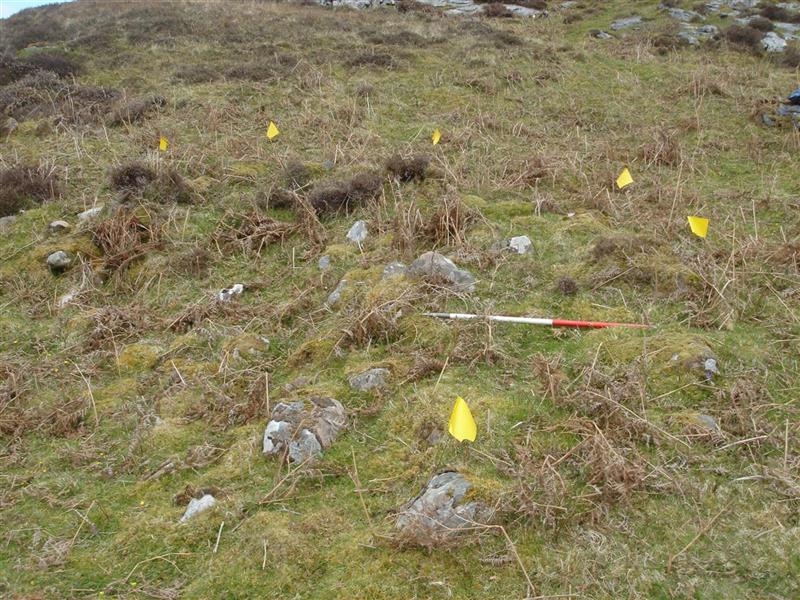 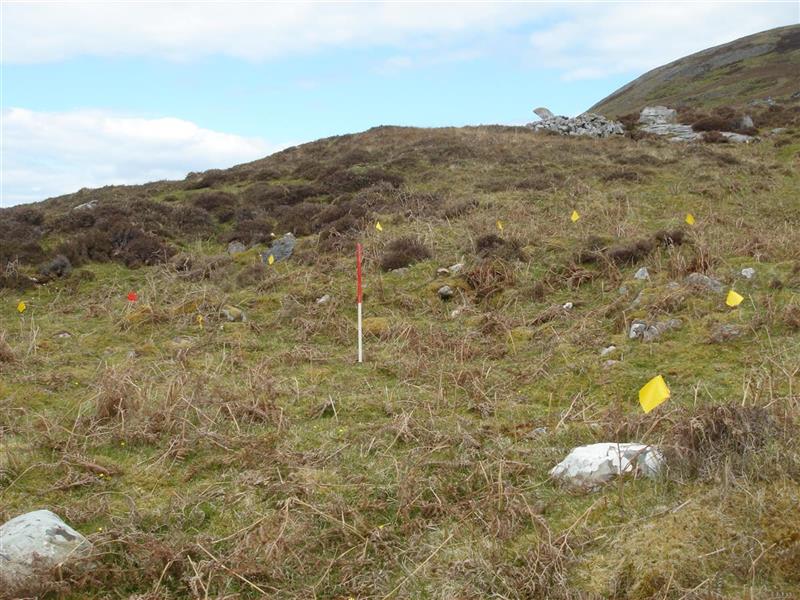 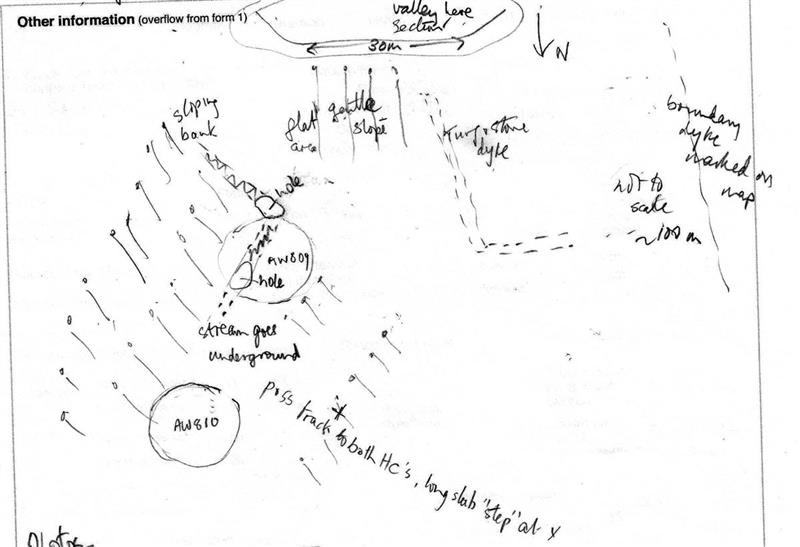 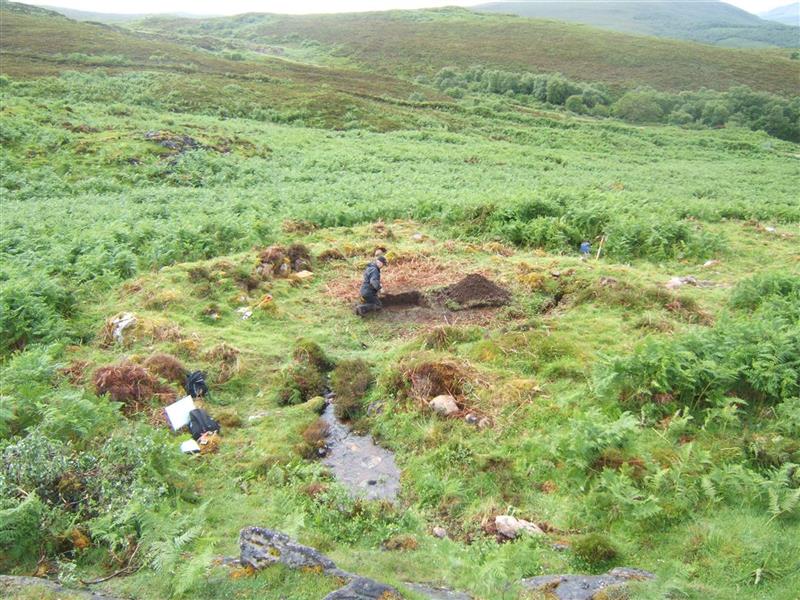 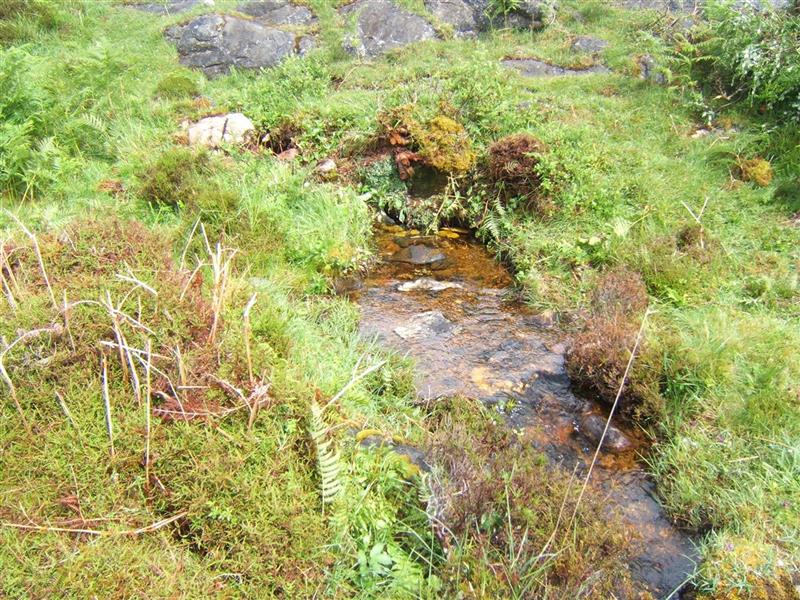 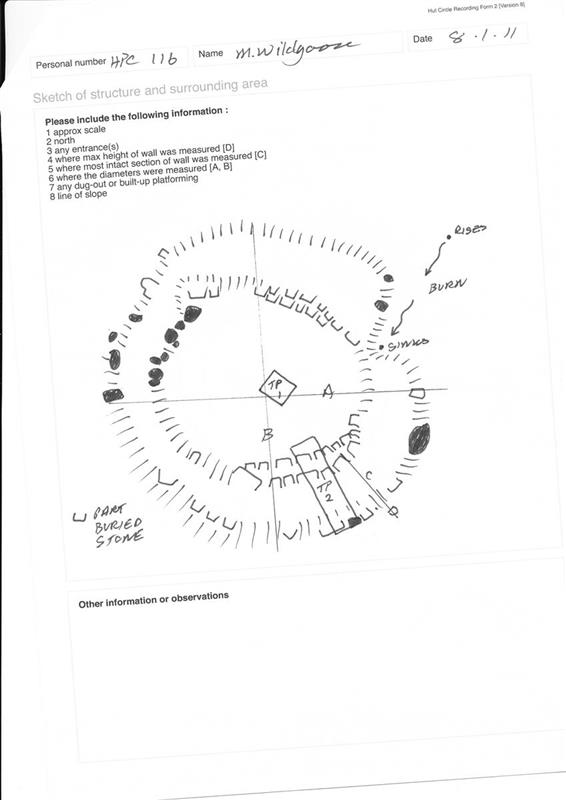 A hut circle at Ben Suardal.

On a level terrace lying on the W-facing hillside and about 100m from the tramway is a ruinous circular hut which measures 9m in diameter over walls 1.4m thick. There is no visible entrance. A number of large clearance heaps lie to the E of the hut.
Visited by C Stansfield 1 April 1990.

A hut circle (site LS116), one of 29 identified or re-recorded by M Wildgoose in a walkover survey as part of the High Pasture Cave and Environs project. Two test pits were excavated in the hut circle in 2011. A circular, stone built, structure which measures 12m in diameter over walls 2.10m thick. Currently, a spring which erupts just behind the structure runs into the interior where it sinks down a small artificial looking drain. Excavation at the centre of the circle revealed a slab setting under a spread of charcoal ash. The wall, where excavated, had a low stone bench built against its interior face. A C14 sample from the occupation layer produced a date of AD1170 - 1275. <1>

Summary of the landscape survey project and test pitting campaign.<2>

162250 820230 Ben Suardal 2 HPC116: The hut circle was revisited and recorded by M Wildgoose in 2011 as part of research for a dissertation on hut circles in Wester Ross for A Welti. This is one of a number of prehistoric roundhouses in the area in and around Strath Suardal. This Strath runs NE/SW from Broadford to Torrin. These roundhouses are of special interest as all are within relatively easy reach of the site of High Pasture Cave (MHG32043) and hence some may have been associated with it. The HC is a large circular stone structure. It is at a distance of 3000m from High Pasture Cave. The site has limited views inland although it has views of the mountain range to the West. The HC is submerged in bracken and is sited on a platform built out from and dug into a very gentle slope, 1m from a stream. This stream rises as a spring just NW of the HC wall, flows into the interior, and then sinks into the ground. The double skinned wall shows as a ring bank faced by orthostats and covered with turf. The interior wall face is revetted to SE and to NE (see sketch). Average interior diameter is 7.0m, external diameter is 12.0m. The wall is 2.5m thick with maximum height 0.6m. No entrance is discernable. This HC is at a distnace of 5m from HPC117 (see MHG) and 100m from HPC115 (see MHG6364). This HC was test-pitted by M Wildgoose and S Glover as part of the High Pasture Cave and Environs project, (see MHG5230). Excavation produced charcoals which gave a date from the occupation horizon of AD1170-1275, Medieval. <3> <4>

GIS spatial data created in 2019 to approximate location as shown on 2010 vertical APs.<5>