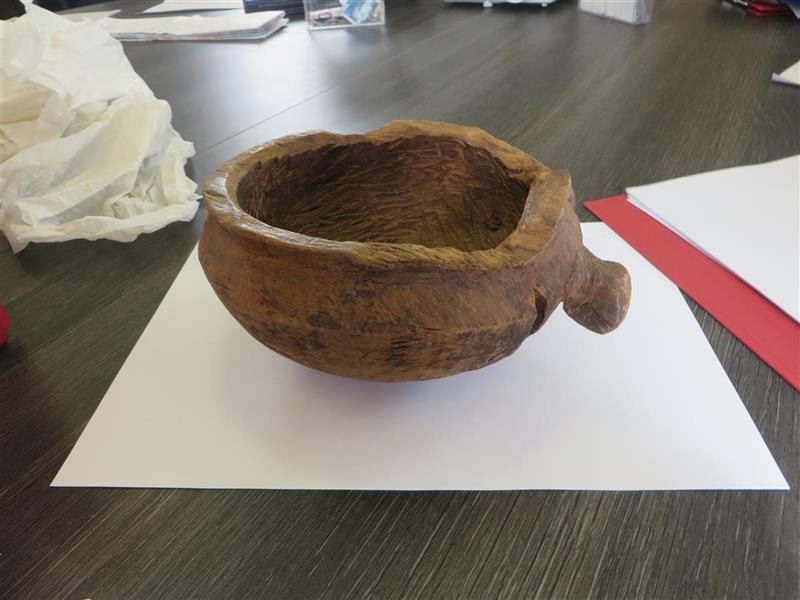 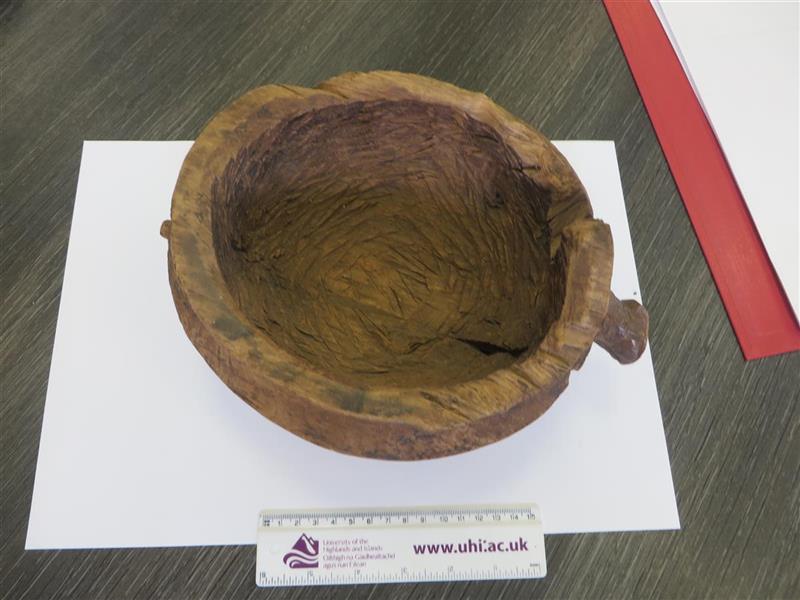 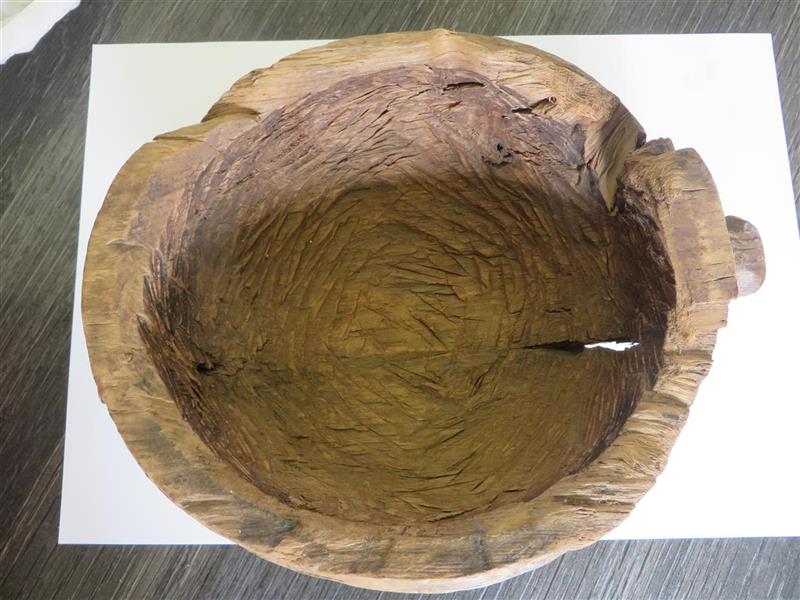 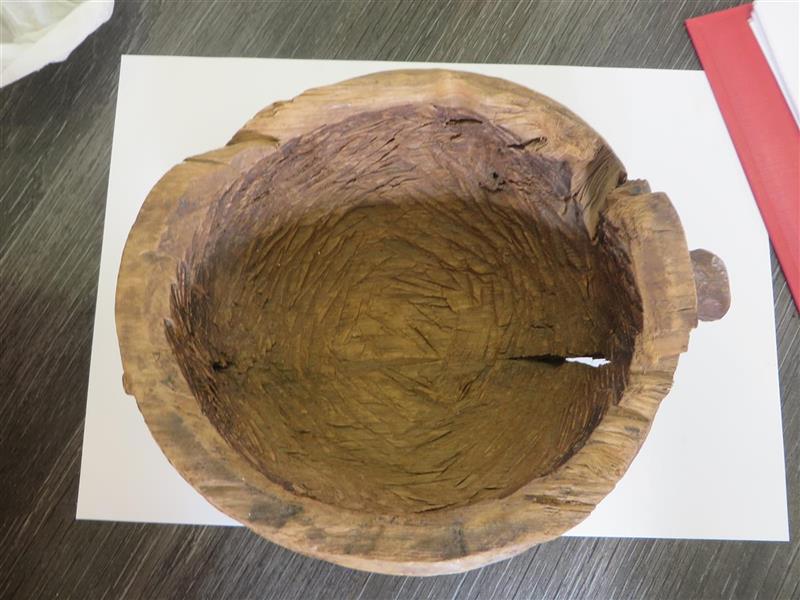 Sometime between 1979 and 1981 a wooden bowl was discovered while putting a forestry road access to Totarder Hill Grazing to the north of the Struan Hill Road by Loch a' Ghlinne Bhig. The bowl measures 188mm at the rim diameter, 213mm at the shoulder, and stands to a height of 115mm. It is a round-based vessel with pronounced shoulder, hollow neck and an everted, slightly flared rim. It has a short stump handle (length 28mm) projecting from the shoulder, with a small 'peg-like' projection. The shoulder diametrically opposite.
(DUALCHAS, Skye & Lochalsh District Council. Accn. 1990.7)
R Miket et al 1991; NMRS MS/530.

This bowl was apparently discovered between 1979 and 1981 when a forestry road was being cut in the area between Loch a' Ghlinne Bhig and the River Snizort, and to the N of the B885 public road; its precise findspot, context and contents (if any) were apparently not recorded but it was evidently found in rough ground and not associated with other archaeological remains. It is now held by the Museums Service of Skye and Lochalsh District Council, and is of particular interest on account of its being unfinished and thus indicating the mode of manufacture.
In form, the vessel is roughly comparable with that from Talisker Moor (MHG5036), being roughly circular, shallow, round-bottomed and markedly carinated. A short carved stud projects from the exterior at the level of the carination and directly opposite the prominent lug that has apparently served as a handle. On the evidence of the published drawings, the capacity may be estimated at about 2 litres in its unfinished state.
The vessel was carved from a knot-ridden section of alder tree measuring about 0.2m in diameter, the grain of the wood lying roughly parallel to the plane of the rim and the centre of the tree passing through the bowl at the level of the carination. The eccentricity of the vessel may have been governed by the presence of the numerous knots, but may also be due to its having been allowed to dry out before transfer to the museum.
The bottom of the vessel is smooth and devoid of toolmarks but the oval compression-mark that encircles the lower part may indicate the former position of a metal ring (which may either have been used to support the vessel during manufacture, or been added after discovery. Shallow grooves below (and parallel to) the carination cover the greater part of the lower vessel; the ridges have been left unsmoothed, possibly as a deliberate part of the design. Cut-marks around the junction of the lug with the bowl indicate the process of manufacture, while the neck has been shaped with a series of shallow and vertically-aligned facets. The variability in workmanship around the (flat) rim and the upper part of the vessel suggests that it remains unfinished. The interior clearly requires further work, and bears a rosette of rough and sharp toolmarks around which there survive splinters, strongly suggesting that the vessel has never been used.
Crone interprets these marks as suggesting the following sequence of manufacture:
1. initial shaping (with an axe) from which no marks remain,
2. careful external shaping, probably with a shallow gouge, 10-12mm broad at the cutting edge,
3. interior dug out, probably with a small axe, about 40mm broad at the cutting edge.
Crone places the bowl within the group of handled bowls and vessels that have been worked by either carving or lathe-turning. Unusually, it may have been lidded, the lid being retained by a strap secured around the stud.
The vessel has been radiocarbon-dated to 20 ? 50 ad (UT-1698), which determination may be calibrated to between about 52 and 63 cal AD. As such, it is broadly contemporary with that from Talisker (MHG5036), and may be a product of the same workshop. Both are seen as functionally distinct from the flat-bottomed pottery forms that appear locally contemporary, and may have been intended to be portable, possibly slung over the shoulder or suspended from a belt. Both may be placed within Earwood's Armagh group.
C Earwood 1993; B A Crone 1993; R J C Mowat 1996.