A hut circle at Creag Mhor. 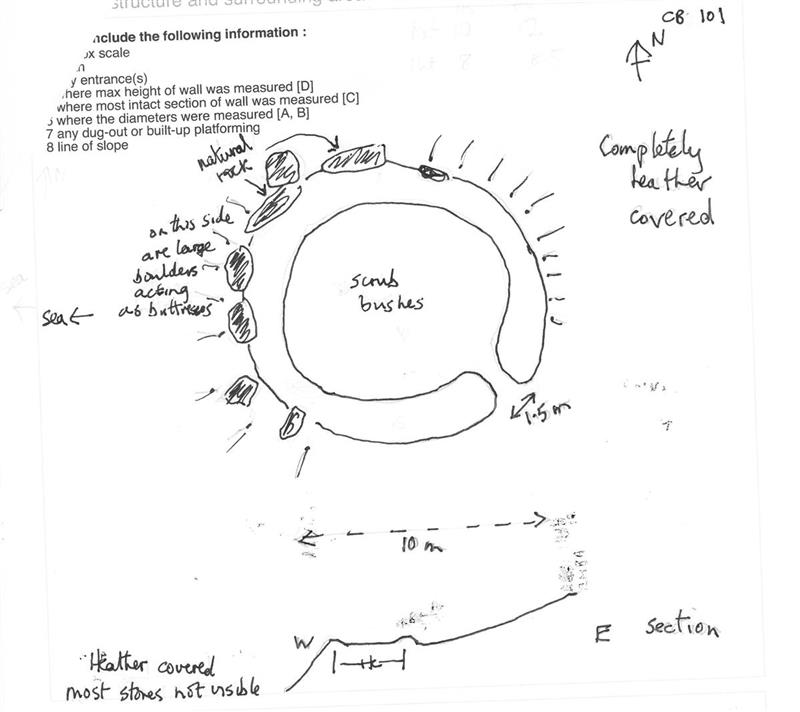 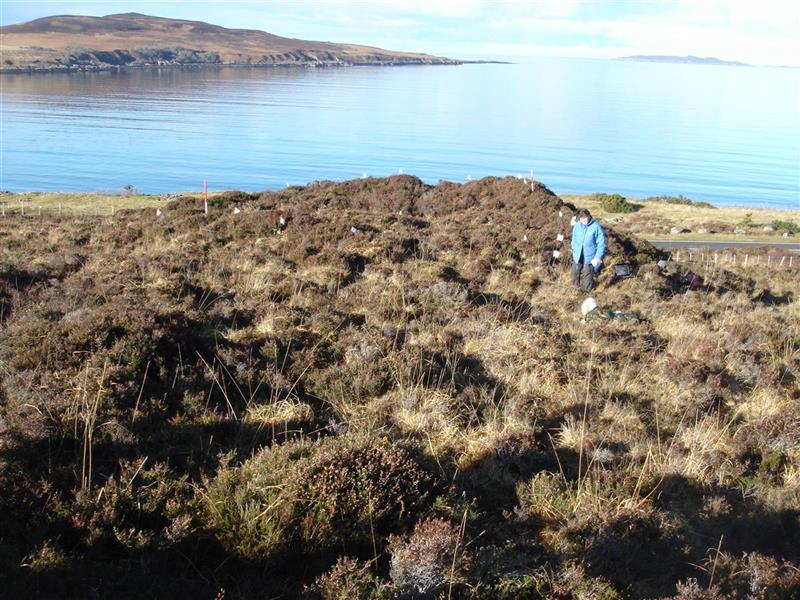 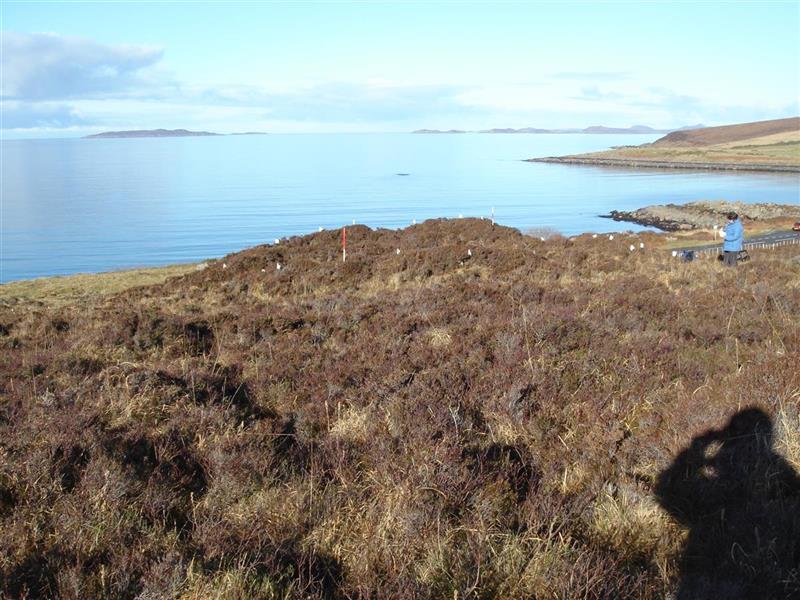 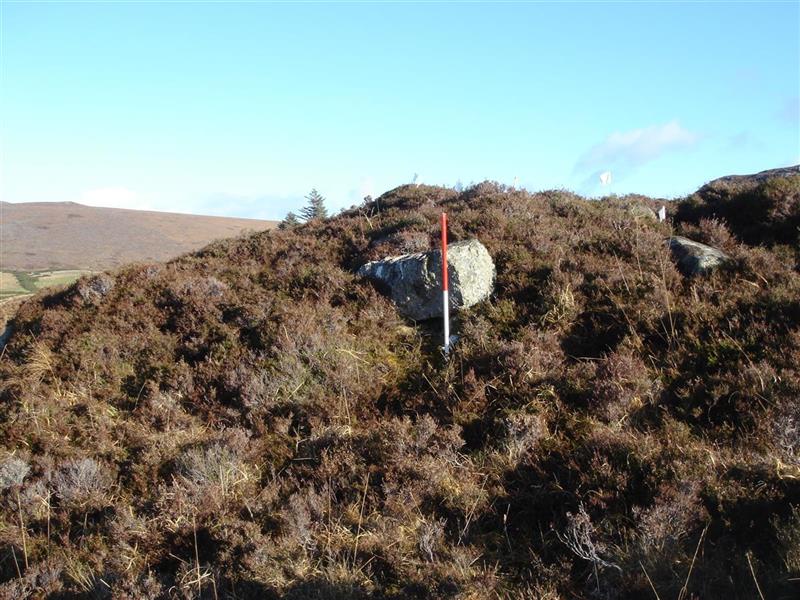 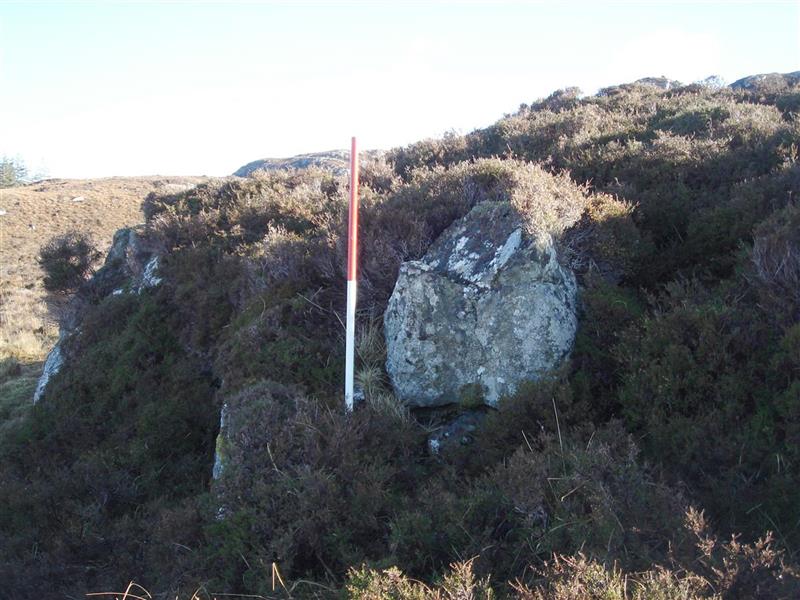 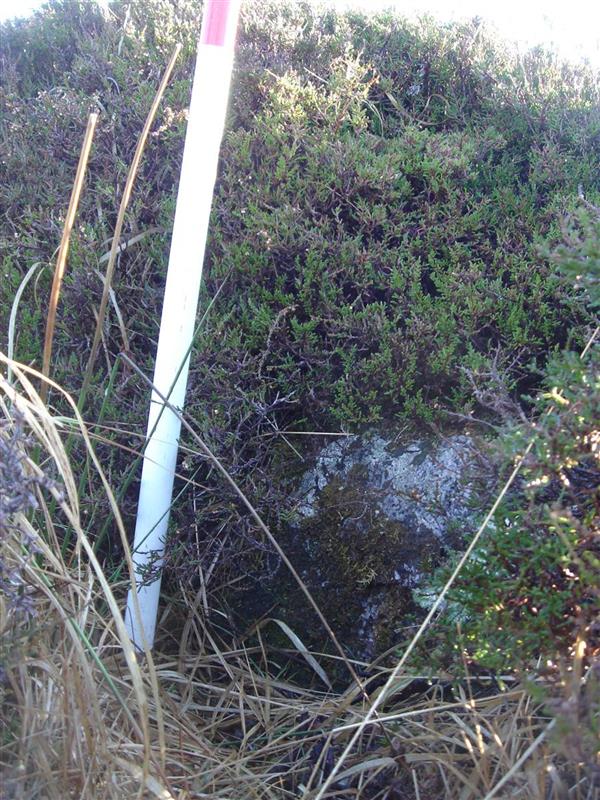 These two hut circle were visited during a walkover survey by C Dagg in 2008 in advance of a proposed OHL replacement scheme between Aultbea and Dundonnell. It was considered that they lay some distance to the north of the line of the new OHL and would not be affected. It was also noted that there were some traces of wall on this north-facing slope but no features potentially related to prehistoric cultivation were noted between the two hut circles and a further hut circle to the south-east (see MHG49729). The ground was overgrown with heather and such features may have been obscured. <1>

196101 892845 Creag Mhor 1 CB101: The hut circle was visited by A Welti, A MacInnes and C Boyd in 2010 as part of research for a dissertation on hut circles in Wester Ross. This was part of a degree course overseen by Aberdeen University. This HC is one of a cluster of three circular stone structures situated on a fairly steep northwest facing slope above Gruinard Bay and with a panoramic view out over the sea to the southern tip of Gruinard Island. The terrain is sloping and rocky. Vegetation is mainly heather with some grass. CB101 is in poor condition. Inside the structure bracken predominates with some moss and grass. There are remains of old field walls in the vicinity. CB101 is at a distance of 50m from a stream, 1000m from the river Allt Mhungasdail and 100m from the sea at Gruinard Bay. The platform sits on a natural terrace and is built out from the slope. It is inundated with heather and most of the stones are not visible but can be located by prodding. The wall is very tumbled. The outer west walling has an outer face of large boulders some of which are part of the natural rock. These seem to act as a buttress to the platform which has a steep lateral edge. A few facing stones were visible on the south internal wall. Wall thickness and height could not be ascertained. Average inner diameter is 8.5m, outer diameter is 11.0m. A probable entrance faces SE with both internal and external width 1.5m. CB101 is 70m from CB900 (see MHG) and 170m from SM900 (see MHG49729). <2> <3>