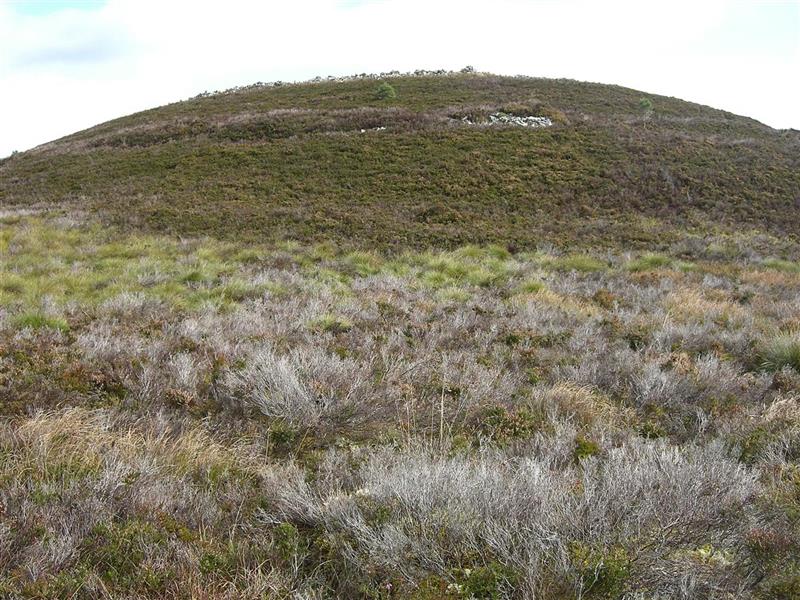 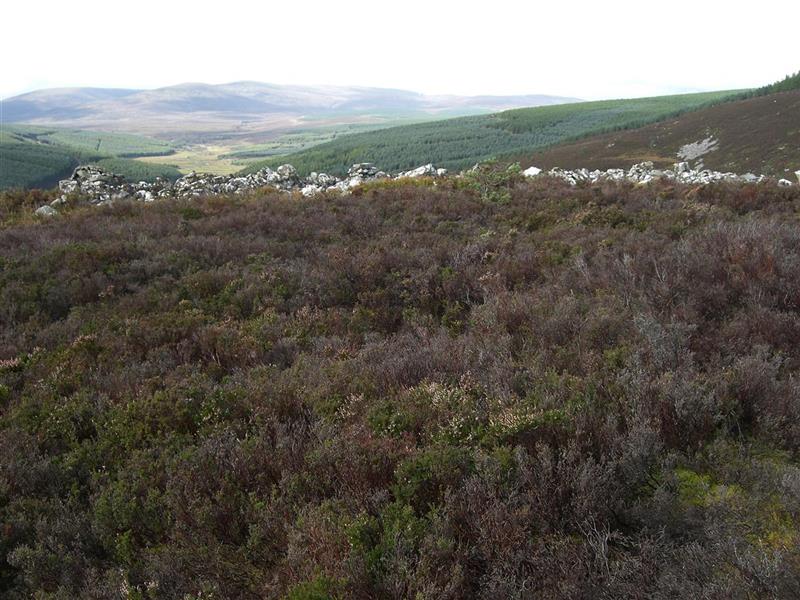 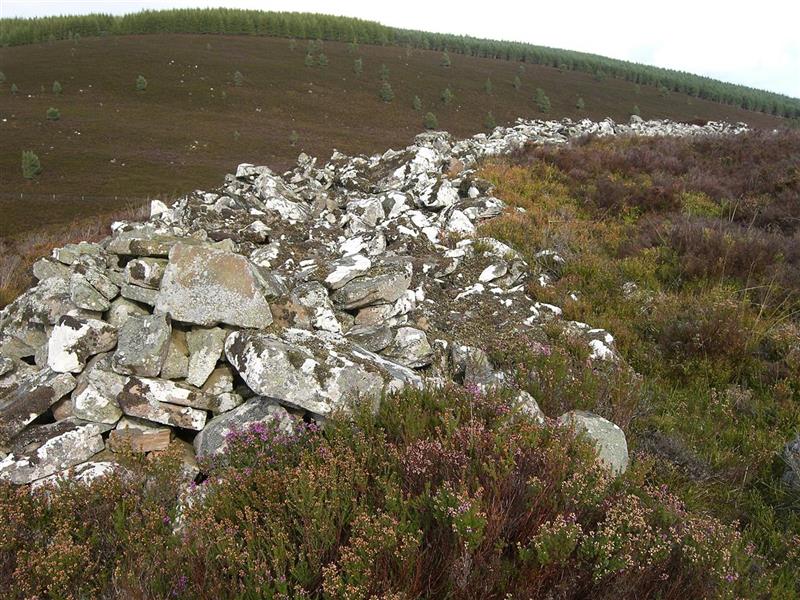 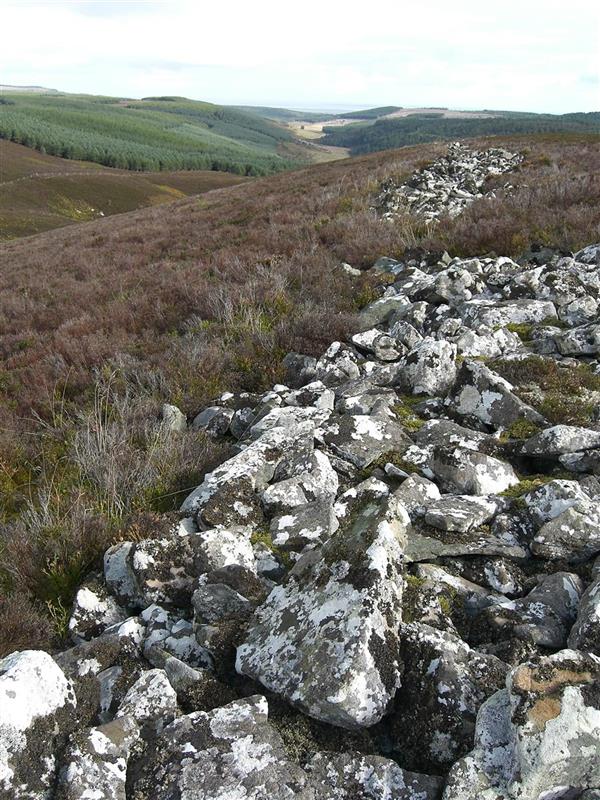 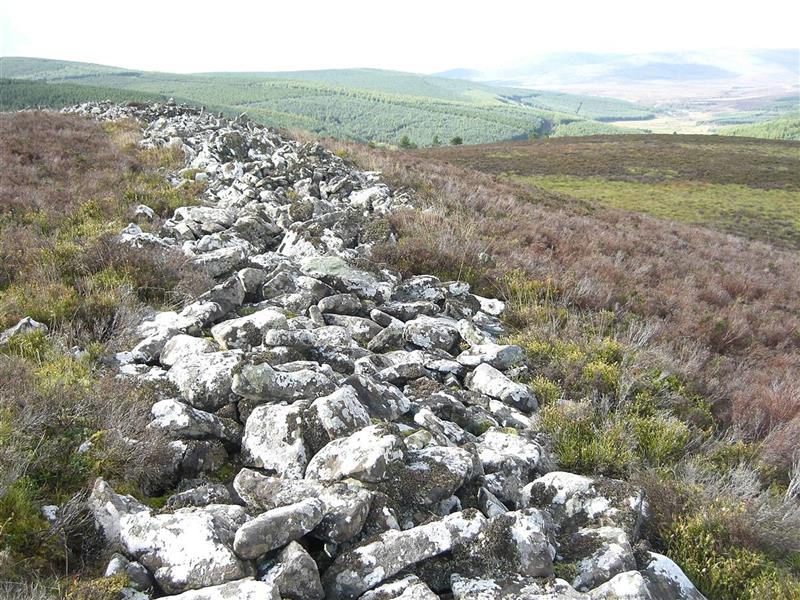 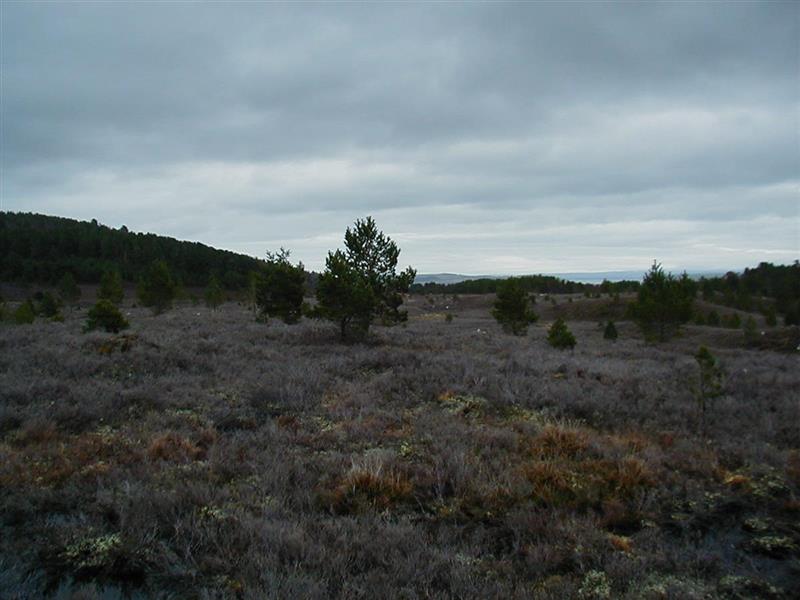 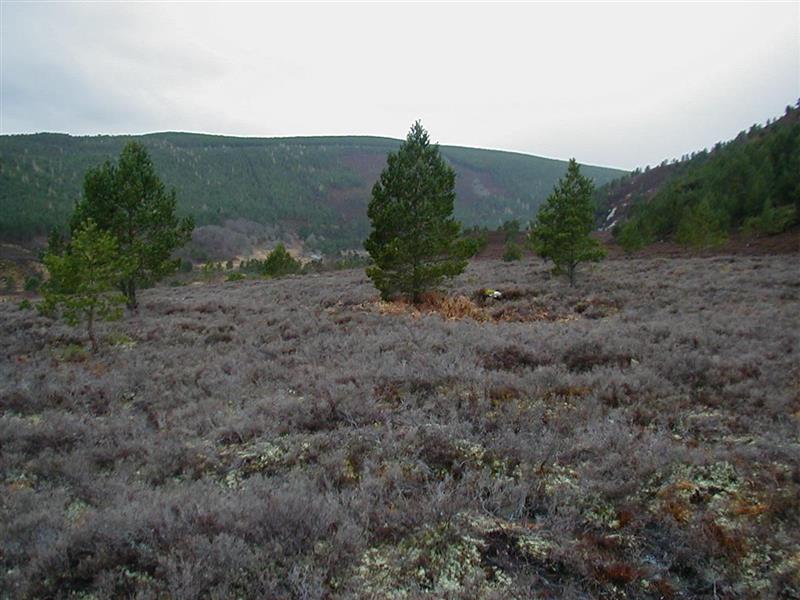 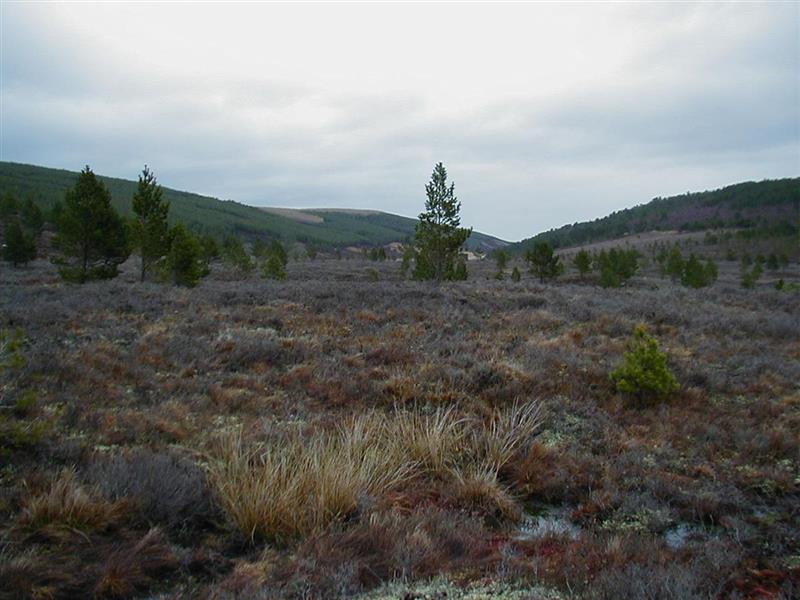 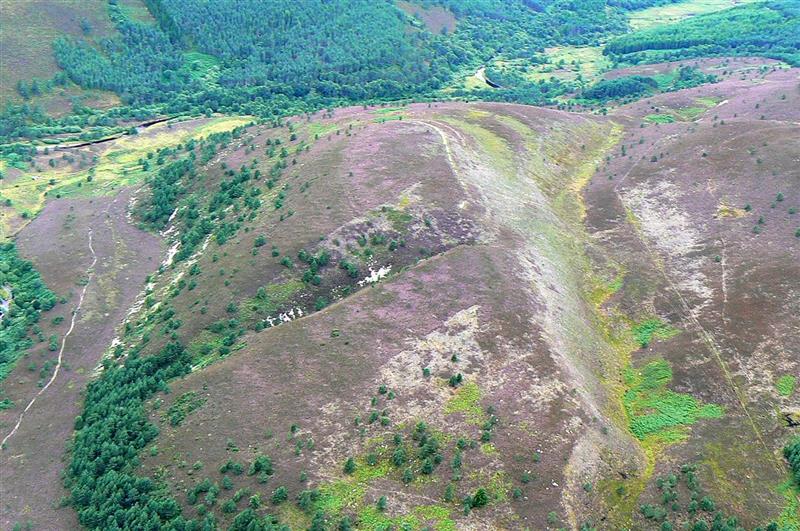 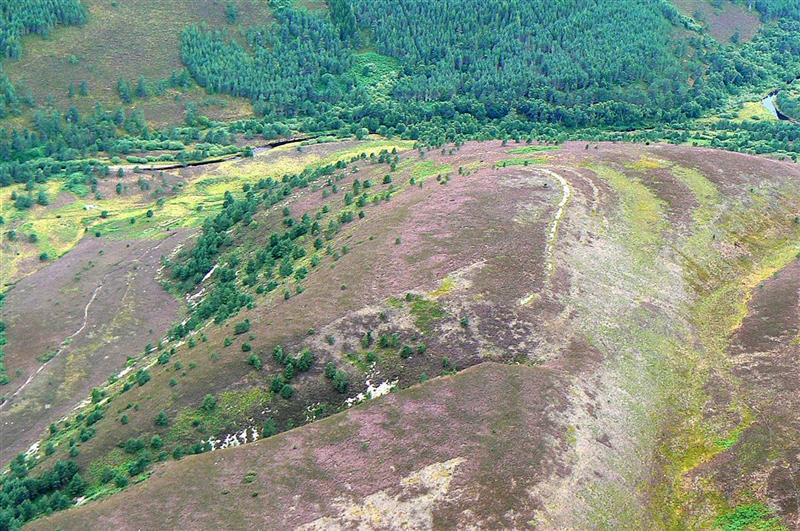 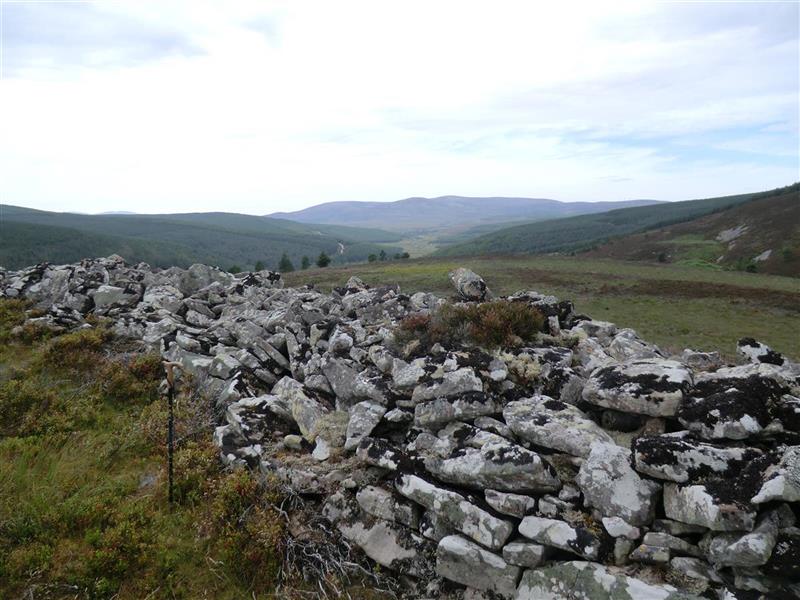 View of walling remaining at Cnoc an Duin. by ARCH © ARCH

Fort has good views to W down valley to E as far as the sea and up the Westerglen route to N, see photos - HAW 03/2005

An unfinished fort enclosing a near-level area measuring approx 220m E-W by 80m, on summit of hill named Cnoc an Duin. The defences comprise a partly-constructed inner wall, and an outer work, mainly visible as a discontinuous terrace. There is no evidence of artificial construction in E, where a steep rocky gully provides a natural defence. No marker trenches, as observed in other unfinished forts, can be seen.
The wall extends from just S of entrance in W, along N edge of summit to the gully in E, protecting easiest approach and of this, only about 90m, immediately E of entrance, shows signs of completion, surviving to max height of 1.2m. Elsewhere, gaps in the tumble suggest that wall was being built in sections about 20m long. Inner and outer facing stones are visible intermittently indicating a wall thickness of c2.6m at E end, increasing to c3.8m at entrance. The footings of outer face continue unbroken across entrance forming a threshold. N side of the entrance is c1m high, but there is no evidence of S side in tumble, which extends S for c14m before petering out. A gap of c5m towards E end of the wall may be another entrance, as last 20m of wall to E is offset.
The outer terrace around N, W and S flanks of hill is constructed by scraping into slope, with excavated material thrown outwards. There are a number of quarry scoops, mainly on line of terrace, but also above and below it. Entrance is in W, coincident with that in inner wall, and for 20m to N of it, material from quarry scoops, including much stone, has been piled on outer lip o terrace to form a rampart c. 5m wide. A break in terrace near its NE end on E gully may be an entrance.
Except for a hollow, 0.7m in diameter, with a modern dry-stone surround on highest point of hill, alleged to be a well, the interior is featureless.
ISSFC 1902; R W Feachem 1963; OS (NKB) 2 11 1970.

This unfinished fort occupies a promontory at W end of a ridge of this name which overlooks left bank of Strathrory river. The line to be followed by proposed inner defence, a stone rampart, was clearly indicated by the well-defined margin of promontory which forms a natural marker. When construction work ceased a bank of stones about 3m wide had been piled up along a little under half perimeter of proposed fort. On W, where a start had been made on actually building the wall or rampart on either side of an entrance, there remains a continuous line of built outer face 53.4m in length, the lowest course of which runs across entrance to form a doorstep. The parallel inner face is interrupted at entrance by a gap 1.8m wide. On N side of entrance the built faces of wall, now collapsed inwards over core, reach 8 courses in height, but on S side, as far as their termination, only two courses. From these remains and those on Little Conval NJ23NE 1) it would appear that walls of this kind were built by first gathering a certain amount of stones along chosen line, then building foundations of wall-faces, and finally gathering or quarrying more stones to increase height of faces and core to desired limit.
R W Feachem 1971.

Views from the fort are extensive, to the west up Strathrory to Struie, to the east down the Aldie Water and to the south-east down Scotsburn to the Sutors of Cromarty. <2>