A small henge, or hengiform, monument located on the side of a valley overlooking the Thurso River. The construction of the monument has been dated by excavation to the Early-Middle Bronze Age. 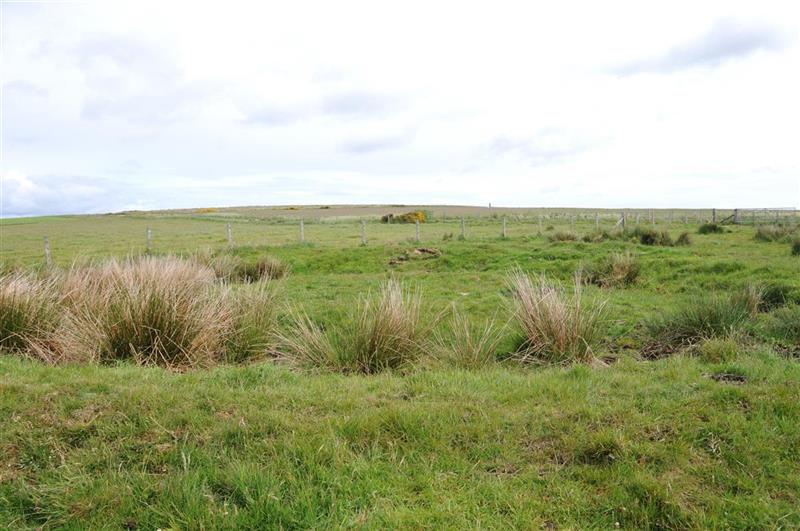 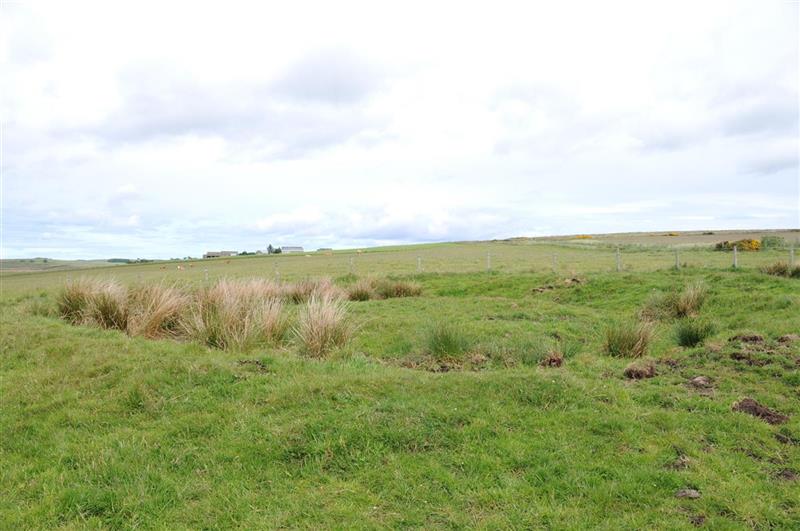 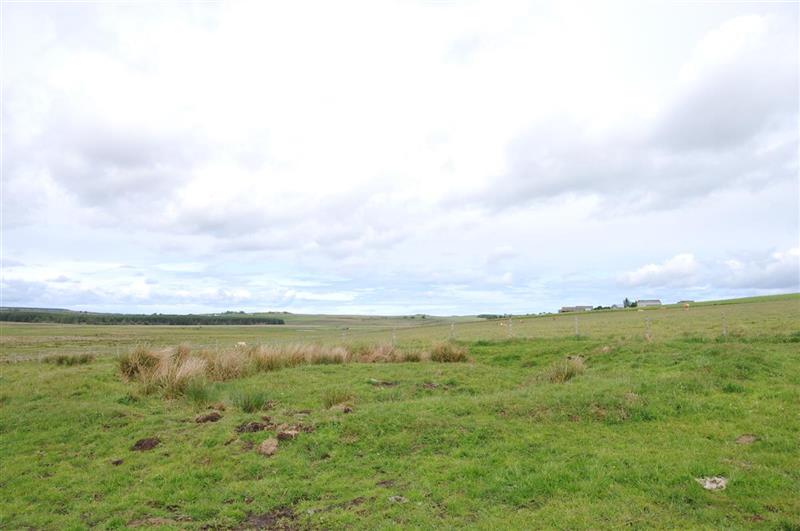 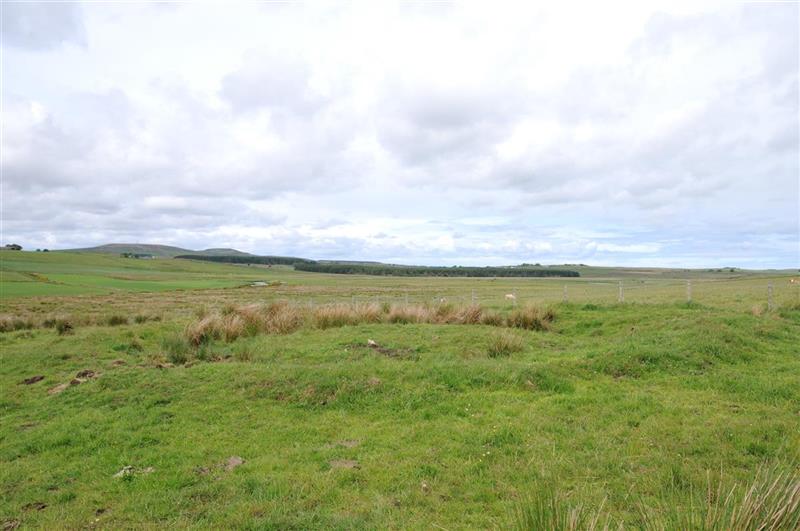 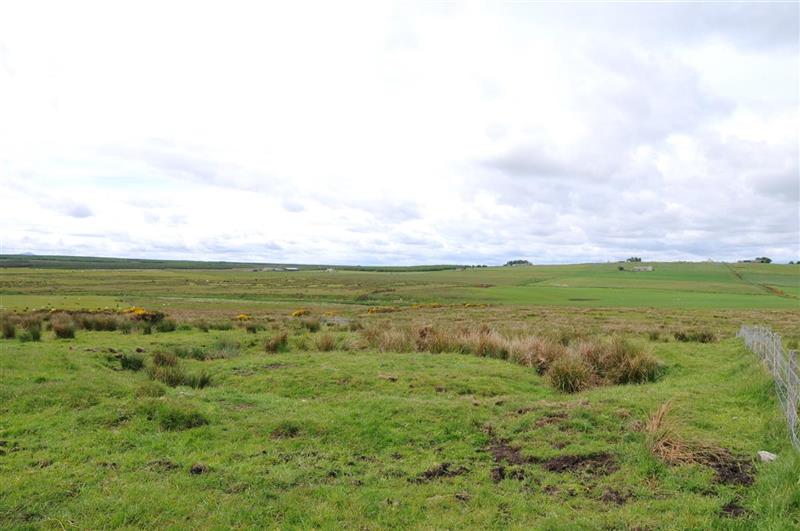 Some 200 yds W of Pullyhour, on a piece of waste ground, is a circular bank 8 to 9ft thick and about 2ft high, enclosing an area about 43ft in diameter in centre of which is a flat-topped mound 28ft in diameter and about 6ins to 1ft in height. The whole is overgrown with turf, but it appears to be stony underneath. There is no break in the enclosing bank. Its character is doubtful.
RCAHMS 1911, visited 1910. <1>

Generally as described above except that there is a slight gap in outer bank on S side, leading to a causeway across an inner ditch. This appears to be a hengiform enclosure.
Resurveyed at 1:2500. Visited by OS (E G C) 16 April 1962.

A hengiform earthwork, levelled into a gentle E-facing slope in rough pasture. It comprises a flat and featureless central area, 8m in diameter withi silted ditch and outer bank. The latter is 3- 3.5m broad and varies from 0.2- 0.8m above bottom of ditch; there is no trace of any stones protruding through turf. There is a simple entrance and causeway in S arc. According to farmer, no finds have been made; earthwork appears undisturbed.
Visited by OS (N K B) 19 February 1982

Enclosure, 'Pullyhour'. Diameter:19.4m. Hengiform earthwork with internal ditch and external bank 3.5m wide. The height from base of ditch to top of bank is 1m, while the central platform lies 0.5m above the ditch base. There is a suggestion of a causeway through bank on SW axis.
R J Mercer, NMRS MS/828/19, 1995

Partial excavation of the monument in March 2008 revealed that it was built in two phases. The first phase is dated to the Early Bronze Age and consisted of a circular enclosure with a broad internal ditch, built in open countryside on uncultivated land. In the Middle to Late Bronze Age the enclosure was converted to an oval ground plan, a small bank constructed on the inner lip of the ditch and the outer bank was enlarged and probably revetted. The central area was cobbled and a small post was erected.
The entrance was very narrow and flanked by a stone kerb and is aligned on a large cairn on the opposite bank of the river. Outside the structure were two posts, the larger one of which dated to the later Neolithic although it could not have been erected before the second phase of construction more than a millenium later. The only artefacts recovered were two flint flakes.
At some time later the monument was taken out of use, the entrance was blocked by a small cairn and the rubble from the bank was pushed into the ditch. The large post was uprooted and the packing stones were smashed and used to cover the socket. <2>