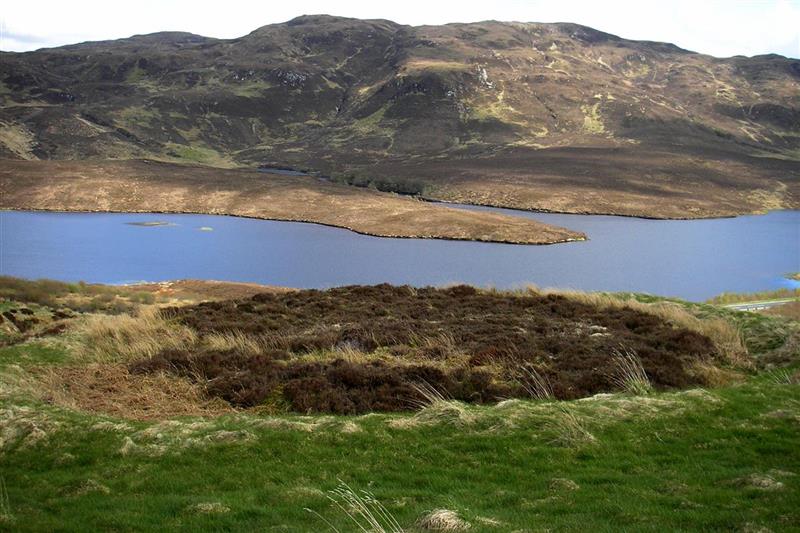 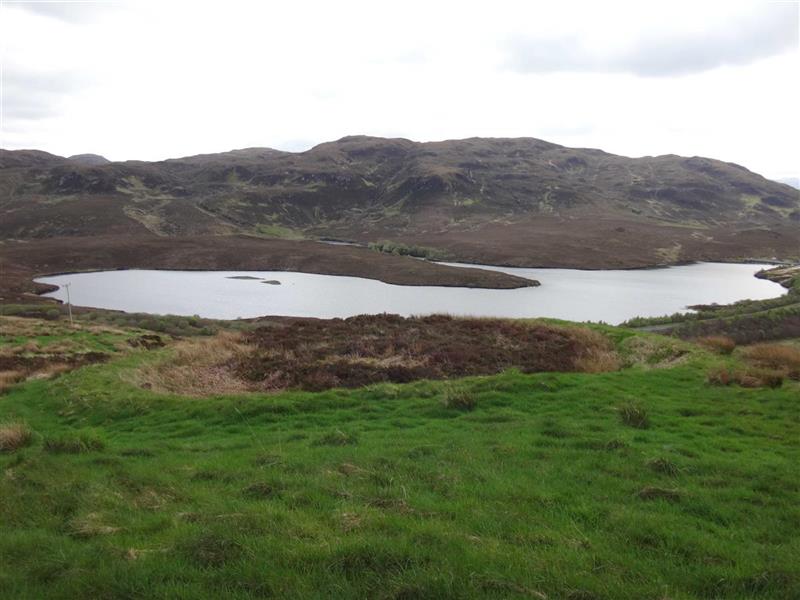 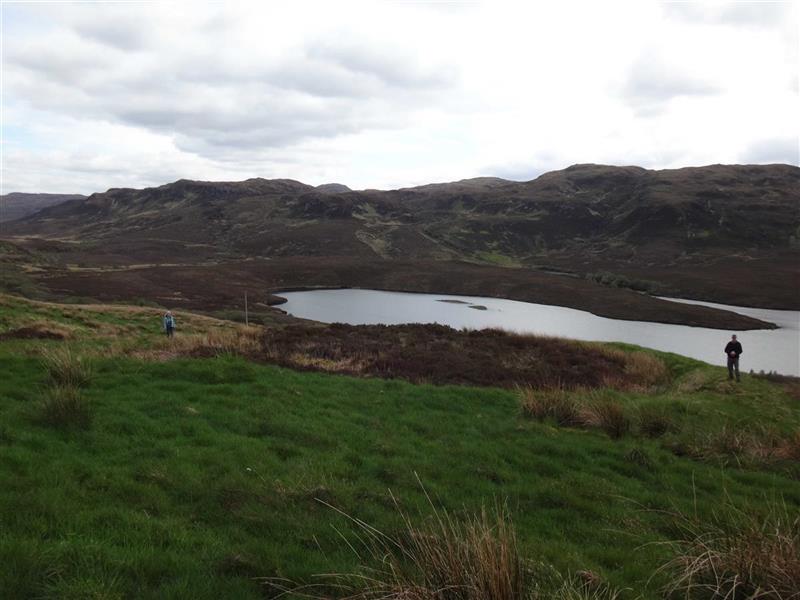 On a SE-facing slope overlooking the Auchtertyre to Stromeferry road, at about 600ft O.D., is a structure consisting of a circular bank and inner ditch set into the slope to form a level platform. The bank averages 27.0m in diameter, where best preserved, and measures 4.0m in width and 0.9m in height. The ditch averages 7.0m in width and is well-defined in the NW quadrant but has virtually disappeared to the SE, probably due to the formation of peat. The inner platform is about 13.5m in diameter and centrally placed within it is a low circular mound 6.5m in diameter mutilated on the NW side by a later shieling-type structure. In the SW side of the outer bank there is a narrow gap, almost certainly modern.
The work has been laid out with considerable skill and precision as demonstrated by the ratios of the measurements of the inner mound, platform and outer bank. Its position on a relatively steep slope is at first sight difficult to explain but a very close parallel is provided by a disc-barrow at Hall of Ireland, Stenness, Orkney (HY 2945 0992), and the well-known chambered cairn on Wideford Hill also in Orkney Visited by OS (N K B) 22 September 1966; Visible on RAF air photograph CPE/Scot/UK 288 3075.

Photographs of this ring cairn, cut into a SE facing hillside, were received from a visitor to the HER website. <1>

This site was visited by Roland Spencer-Jones of the North of Scotland Archaeological Society on the 12th of May 2014. The monument was noted as much the same as described by previous visitors. In addition Spencer-Jones noted a well defined gap in the bank in the WNW suggesting that this was an entrance. A less clearly defined break in the much reduced bank in the ESE was suggested as a second entrance exactly opposite the first. He suggested the site was a henge due to the central platform, ditch and bank although stated that it appeared to be bigger, higher and more outstanding than most henges in Highland. <2>