A 19th-century country house with a 17th-century lairds house at its core. This was the country home of the renowned Scottish artist Jemima Blackburn from 1854 until her death in 1909. 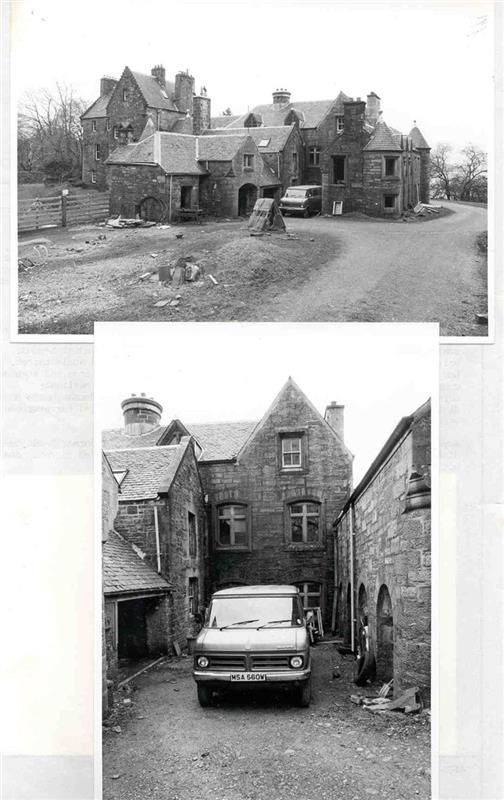 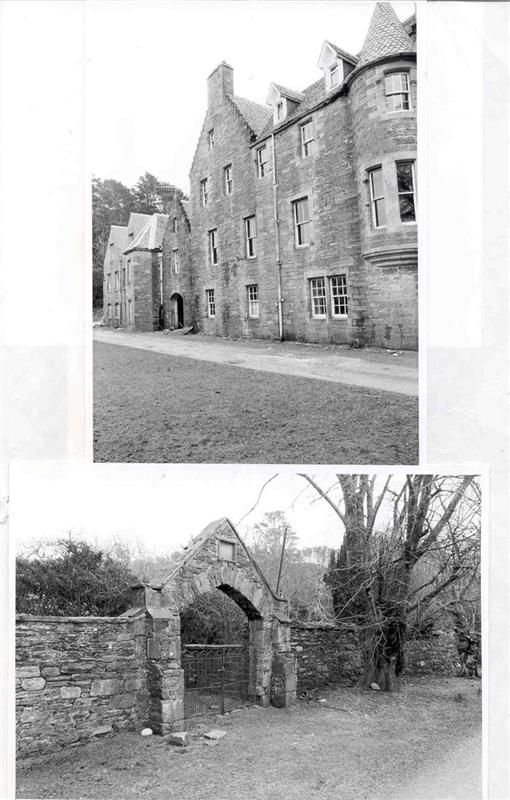 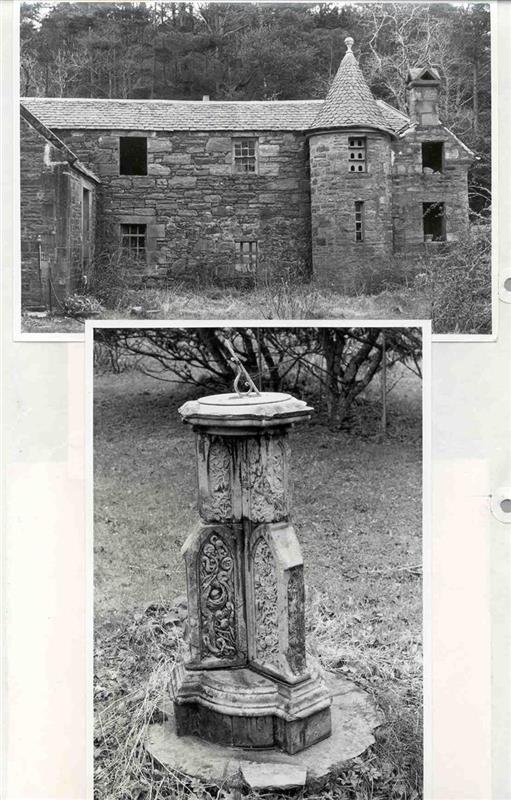 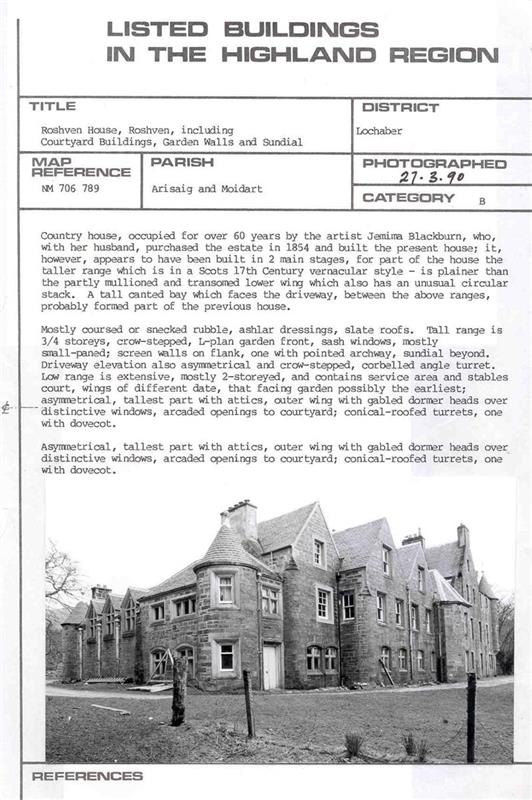 Roshven (An fhros-bheinn -hill of showers) c.1827, remodelled David Bryce, 1857-9. Baronial mansion with late Georgian laird's house visible at its core. By 1855 this earlier part was 'a half rotten old house - 2 stories high with dilapidated attics above'. Bryce added a robust crowstepped and turretted tower house block containing principal rooms to the south, with a lower kitchen/service wing incorporating an existing detached block on the other side. This remodelling as a romantic Highland holiday home was carried out for the widely-travelled Glasgow Professor Hugh Blackburn and his wife Jemima, who bought Roshven in 1854. One of the foremost artists of her day, Jemima's contribution is evident in the bird-carved capitals that frame a pair of leaded lights in the porch, and detailing in the first floor drawing room; her studio was later converted to a chapel. A further remodelling of the old house in 1896 is characterised by the use of concrete, probably the result of Blackburn's connections in the engineering world. <1>

Country house, occupied for over 60 years by the artist Jemima Blackburn, who, with her husband, purchased the estate in 1854 and built the present house; it, however, appears to have been built in 2 main stages, for part of the house the taller range which is in a Scots 17th century vernacular style - is plainer than the partly mullioned and transomed lower wing which also has an unusual circular stack. A tall canted bay which faces the driveway, between the above ranges, probably formed part of the previous house.

Between 1997 and 2010, this building was on the 'At Risk' Register, maintained by The Scottish Civic Trust. The house was sold in 1997, and subsequently restoration work started in 2000. As of September 2010, external inspection finds restoration appears complete and property is occupied. <3>

Ken Bowker reports that Roshven House was originally a farmhouse and may date from pre-Jacobean times. The property has recently (2011) been rebuilt internally to a very high standard and retains most of its original features. The outline as shown on the 1st edition Ordnance Survey map is unchanged. A major alteration is that the main entrance is now on the south-east side rather than the north-west and to achieve this there is a new entrance. <4>

This information is further confirmed by Mary Miers, who writes that The Square was constructed post 1856 and describes it as "a fine group comprising: mill, round-ended by 1890, with lade and part of machinery for overshot wheel still in situ (being converted to a house); slit-vented barn at right angles. She goes on to describe the cartshed and granary (see MHG45316).
According to Miers the use of concrete at Roshven in the 1890s may have been carried out with the involvement of Robert McAlpine of the West Highland Line extension. Professor Hugh Blackburn actually refused permission for the railway's original plans to make Roshven the railhead and fishing port that is now Mallaig. He pointed out that a harbour here would be inaccessible for six-seven months a year. <5>