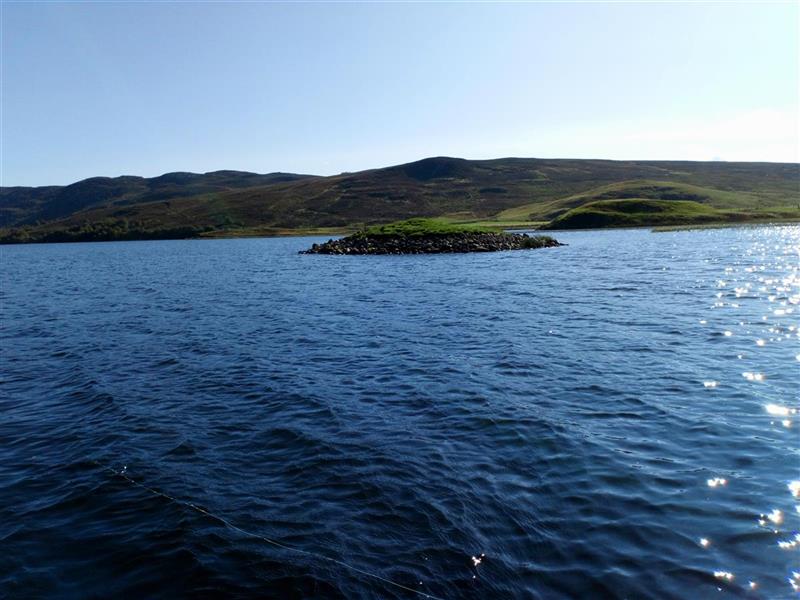 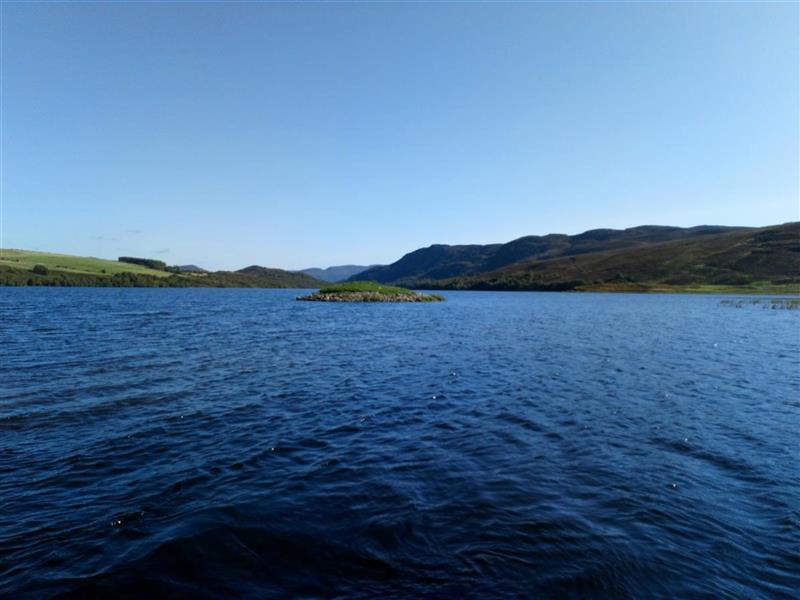 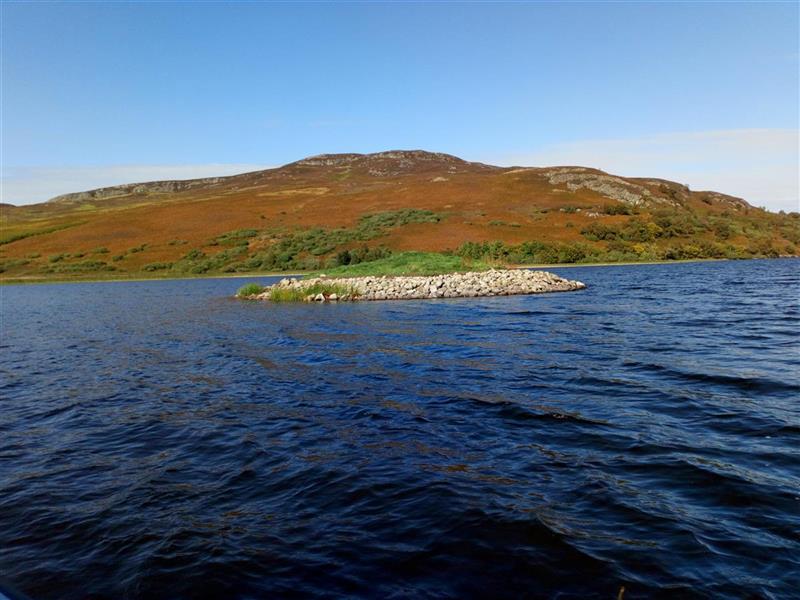 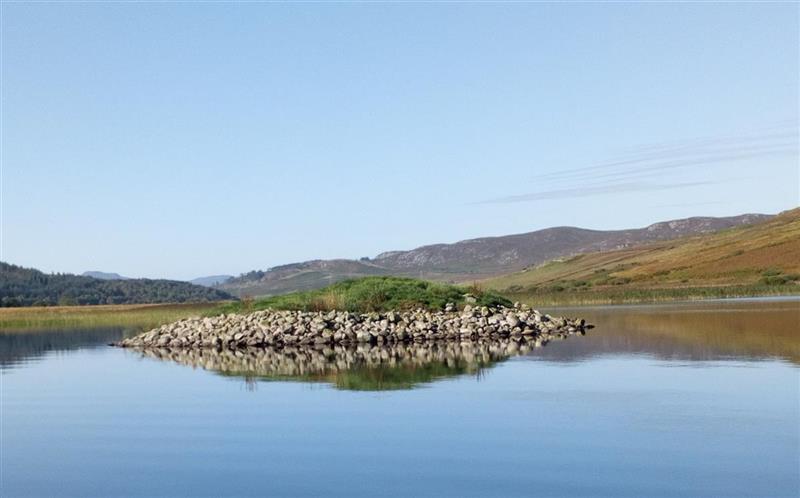 An island in Loch Ruthven thought to be artificial was surveyed and photographed by R M'Lean and found to be circular, 57' in diameter, standing about 4' above the average level of the loch. It was said locally that a causeway could be seen on a clear day leading to a peculiar hill or mound on the shore S of the island.
F O Blundell 1913.

Local enquiries revealed that there is a small island in Loch Ruthven within an area centred NH 634 281 (NH62NW 68). The loch is at present at flood level, the island apparently lying under 2' of water and not visible from the shore. No further information received from Mr Meldrum
Visited by OS (E G C) 9 September 1963.

The island described and illustrated by Blundell is at NH 6038 2757. It was inaccessible at the time of investigation, but, as seen from the shore, is undoubtedly artificial. There is no trace on the ground or on APs of a causeway to the shore. The "peculiar hill or mound" described by Blundell is a natural knoll named Tom Buidhe, at NH 6043 2740.
The island centred at NH 634 281 mentioned by OS field surveyor (E G C) was flooded at the time of visit, but from the AP it appears too small to be a crannog. (Visible on OS air photograph OS.67.198.011)
Visited by OS (N K B) 20 March 1970.

See also link below to HES Canmore record for photos of the site.