Sluice gate associated with the mill lade for a 19th-century saw mill. 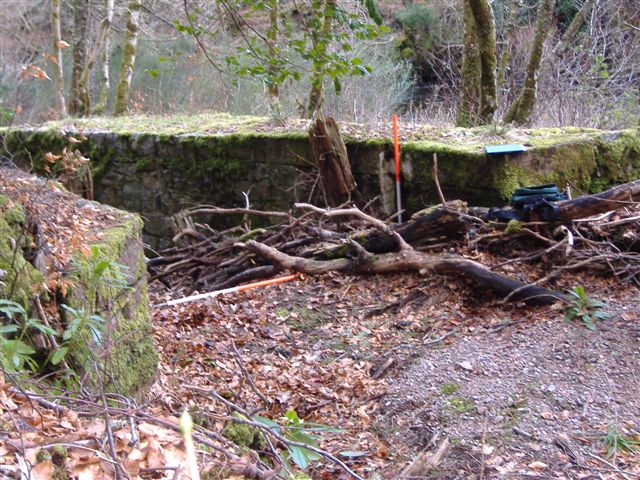 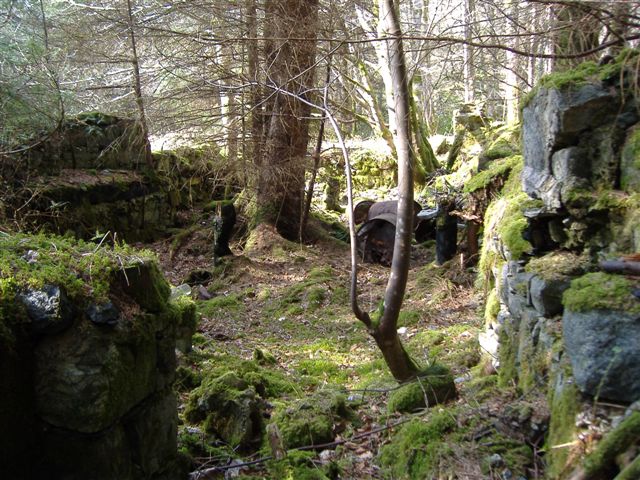 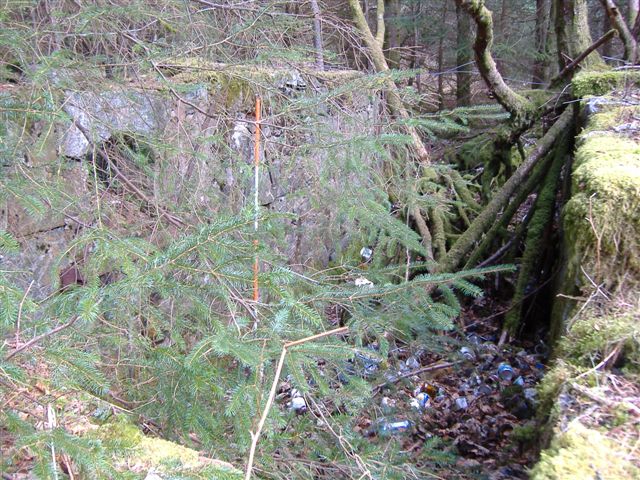 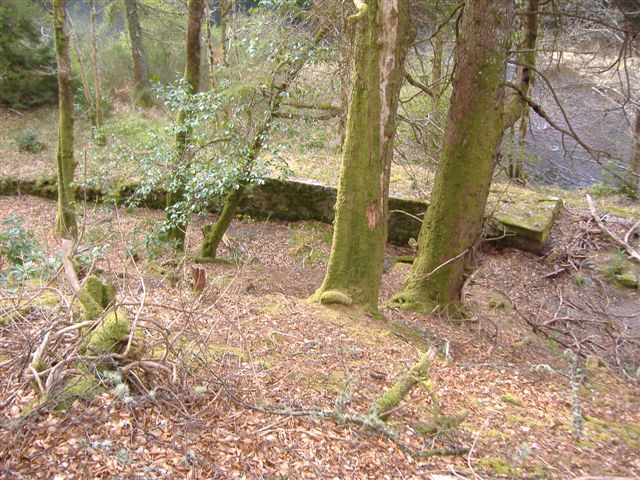 The sluice gate from above by Hector Rogers © H M Rogers, 2009 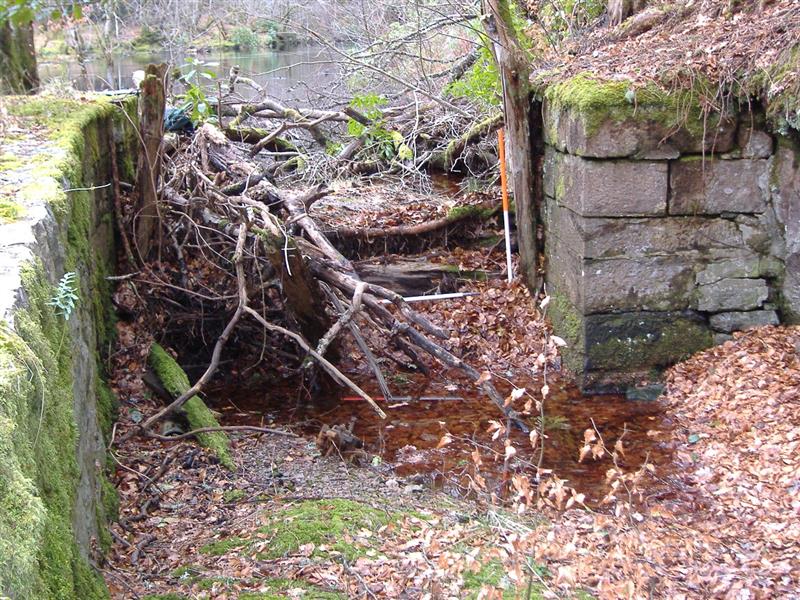 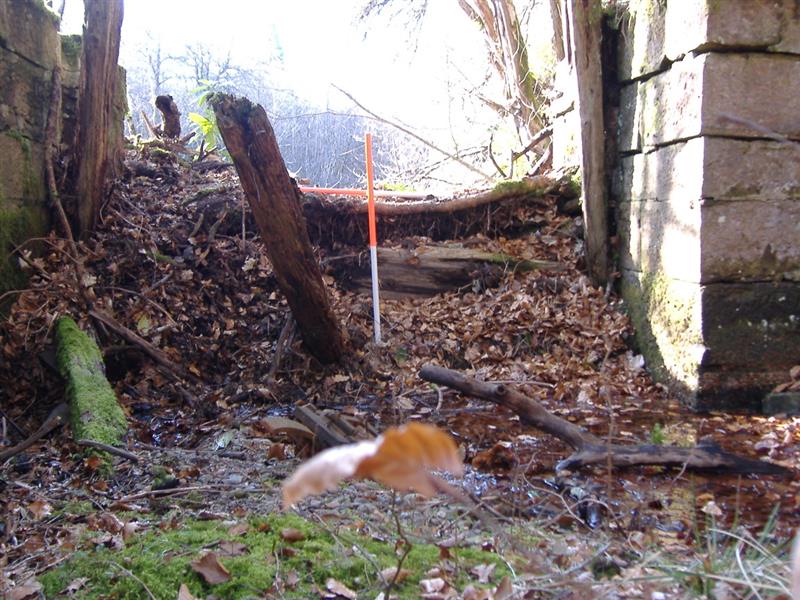 Thumbnail - Standing in the lade looking upstream at the remains of the sluice.
19th c. estate construction, light industrial. Not restored or listed.
Stone built weir, sluice walls, and one wall of lade. The sluice was constructed out of timber, which was raised and lowered on cast iron gearing, between vertical timber beams. Gears and both racks remain, collapsed on well rotted timbers. Some 200m of lead remains in good order, part filled channel. Fishers path runs atop the lade wall. Path continues beyond 200m, with the line of lade barely visible - filled in when A82 was widened. All traces of lade ceases at 350m, where power station out-fall is reached.
See assoc. docs. File.

The plans and photographs submitted by Hector Rogers were a part of an honours dissertation undertaken in 2009. <3>

The sluice gate associated with the mill lade for Invergarry saw mill NH30SW 53 situated c700m upstream from the mill at NH31641 01108. To the North is a high, steep bank dotted with mostly mature deciduous trees. To the South is the Garry river into which a long, curved weir stretches from the sluice.
Description. The sluice gate is set in dressed masonry on both sides but only on the river (S) side is the lade revetted, to a height of 1.85m for the first 9m thereafter to 1.50m high. The south side is surfaced with set, dressed stone 4m wide tapering to c2.20m W > E and sloping towards the river. Only the top 1.50m width is flat.
The north wall of the lade is formed of natural rock to height of c1.0m where the bank has been cut away.
Information from H Rogers, 19 October 2013