A burial ground which is shown to be unenclosed on the 1st edition Ordnance Survey map with a number of buildings and rectilinear enclosures. 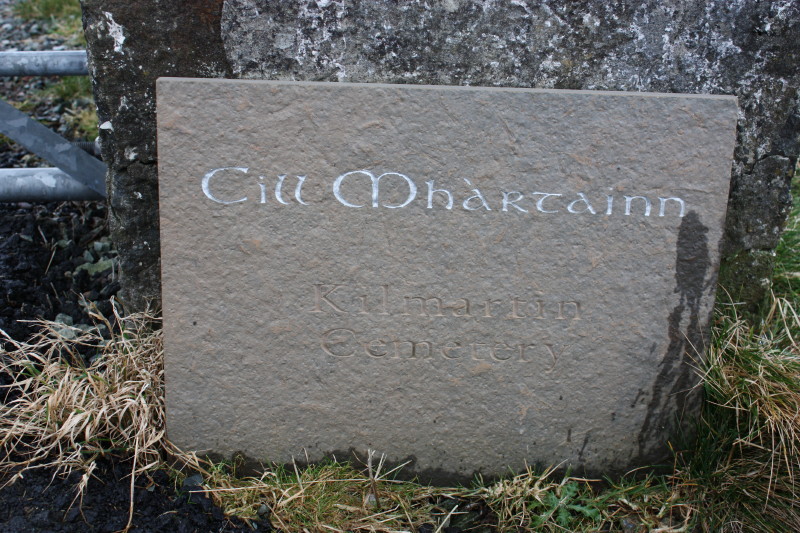 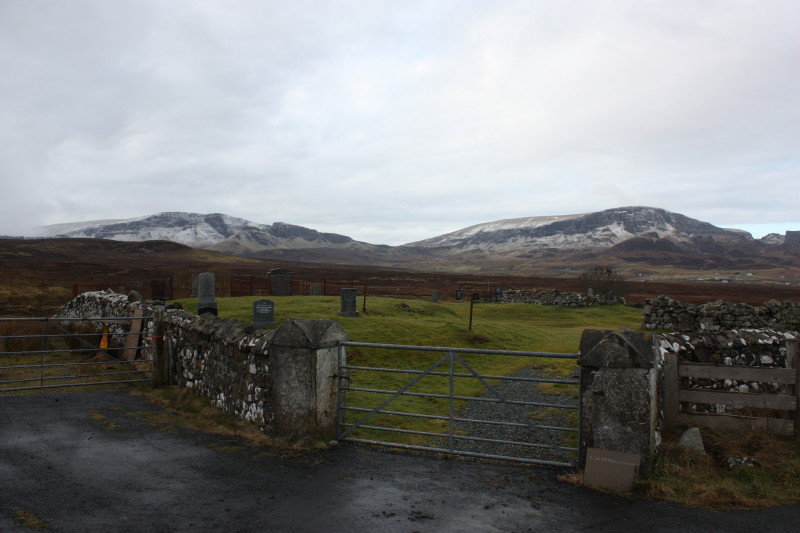 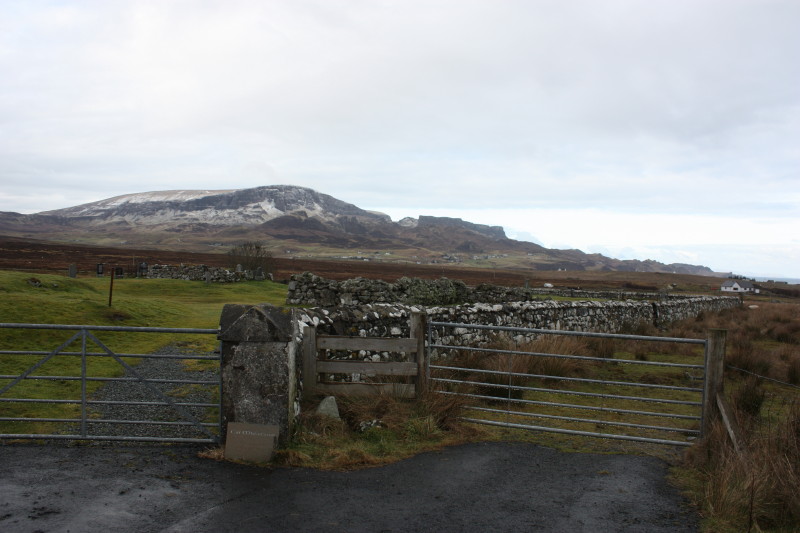 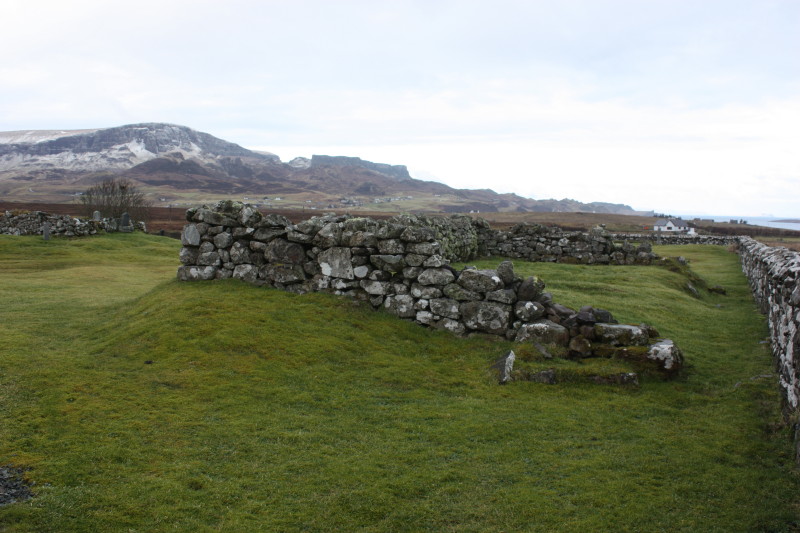 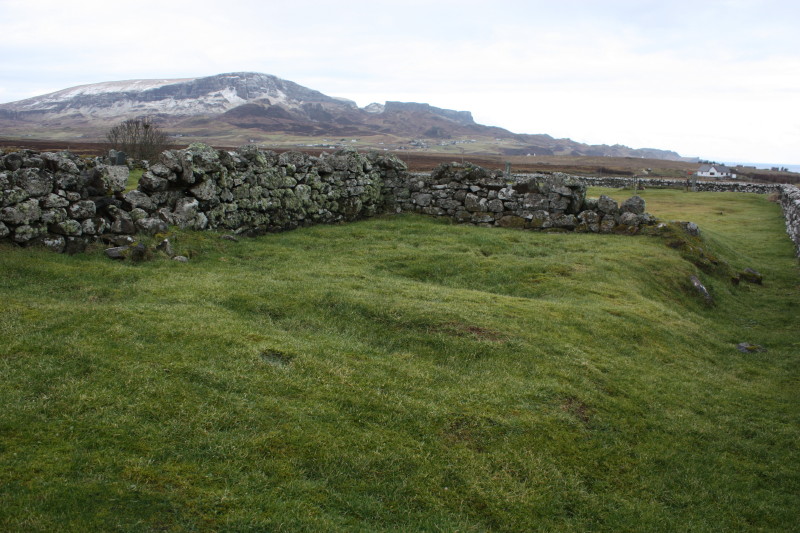 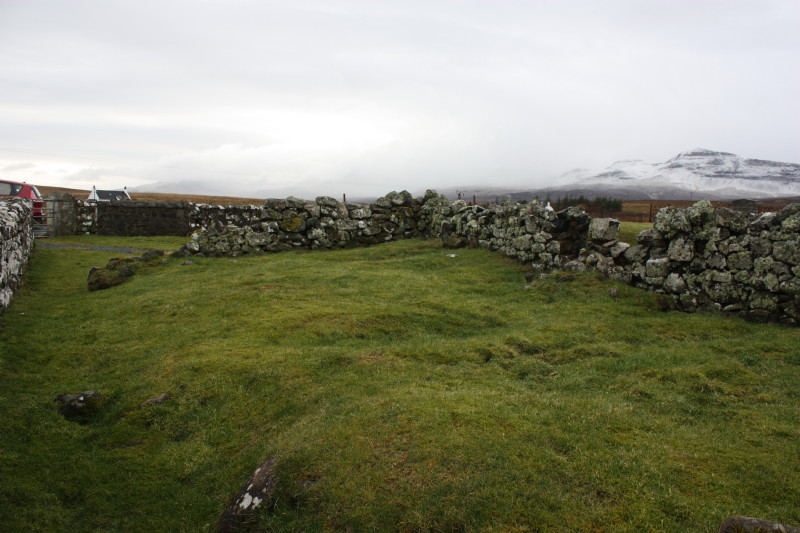 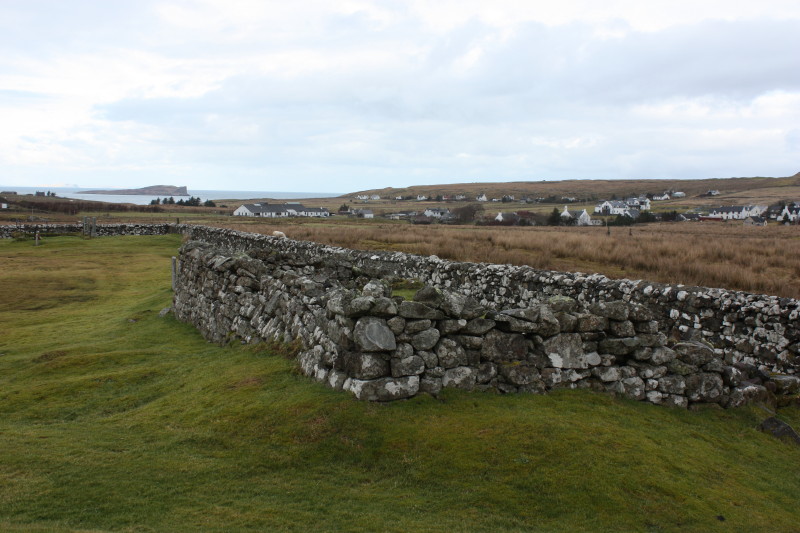 Kilmartin: Name applies to an old graveyard. There are a number of ruins where the old church or chapel is supposed to have stood, but nothing is known about it in the neighbourhood.
Name Book 1878.

A long-disused and turf-covered raised stone path leads from near the present gateway into the burial ground, directly towards a green mound near the centre, ending at its foot. The mound is occupied by a family burial enclosure of dry stone walling, 6.0m square, which doubtless occupies the site of the chapel, of which no trace could be found.
Visited by OS (A S P) 25 April 1961.

'Lochaber and Skye Monumental Inscriptions', pre 1855
Monumental inscription survey completed by Alastair G Beattie & Margaret H Beattie. The survey may not include inscription information after 1855 and each inscription transcribed does not give the full details that appear on the stones, abbreviations used. Some ommissions and inaccuracies may be encountered. Published 1993. <1>

Photographs of this burial ground were submitted to the HER by Martin Briscoe in Feburary 2010. The features in the burial ground include a raised stone walled area on the eastern side of the burial ground close to the present gateway. This feature appears to be the remains of a building depicted on the 1st edition 25'' Ordnance Survey map, which shows the burial ground to be unenclosed with a number of structures and enclosures within its notional boundary. <2>