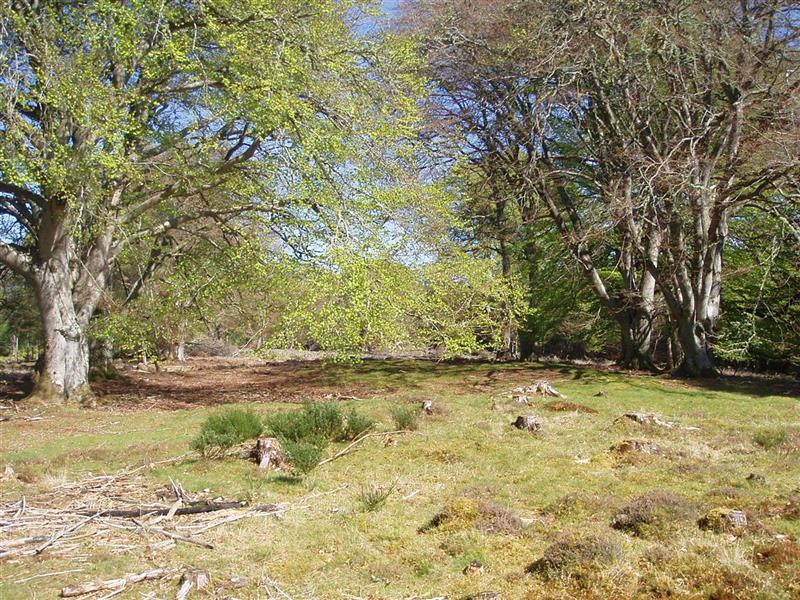 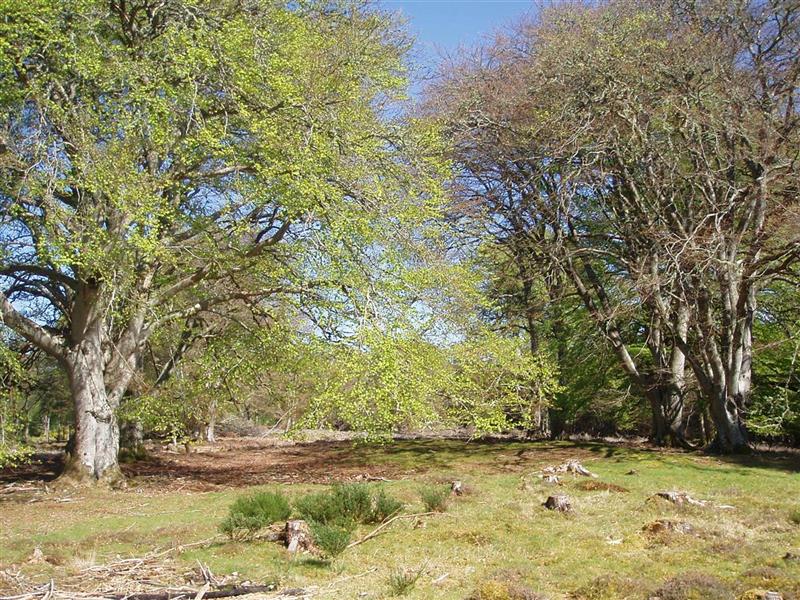 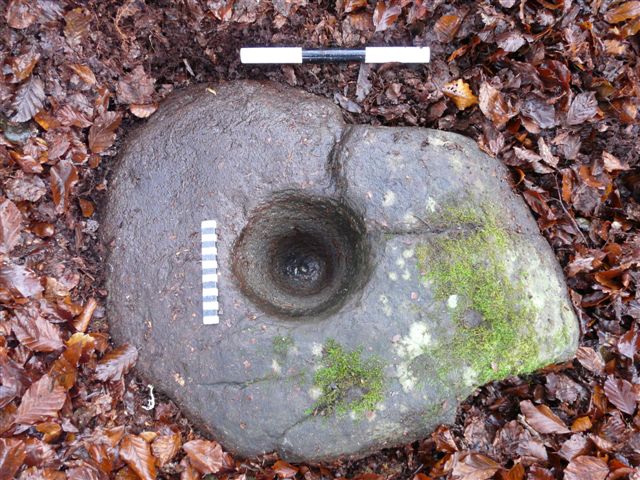 The two published enclosure appear to be easternmost of three pairs of large, circular enclosures with entrances 6' wide in E or ESE arc. The banks are of stone, now spread and turf-covered, 8' - 10' wide and about 1' high with diameters ranging from 49' - 61' from crest to crest. Jolly (W Jolly 1882) shows an earthen mound connecting three pairs of enclosures (See also NH65SE 12).
A stone, in which is cut a tapering cup 8" in both depth and diameter, lies in easternmost circle. It is locally supposed to have curative properties, but it may have been socket stone for roof pole.
W Jolly 1882; A A Woodham 1956; W J Watson 1924; Information from A A Woodham to OS, undated)

A photograph of the so-called "Wailing Stone" was submitted to the HER in January 2011 by John Wombell. <1>