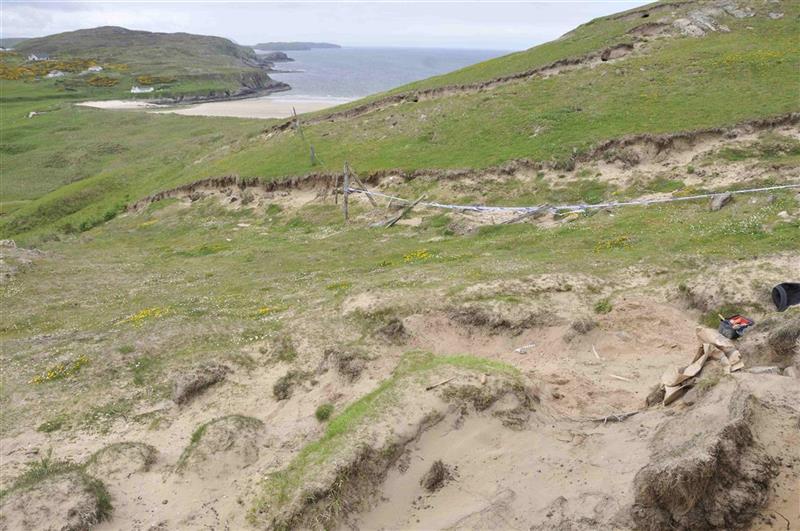 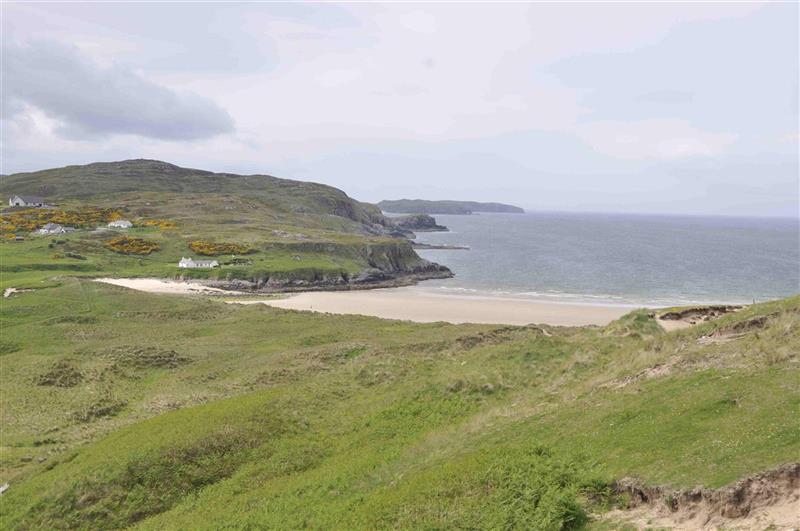 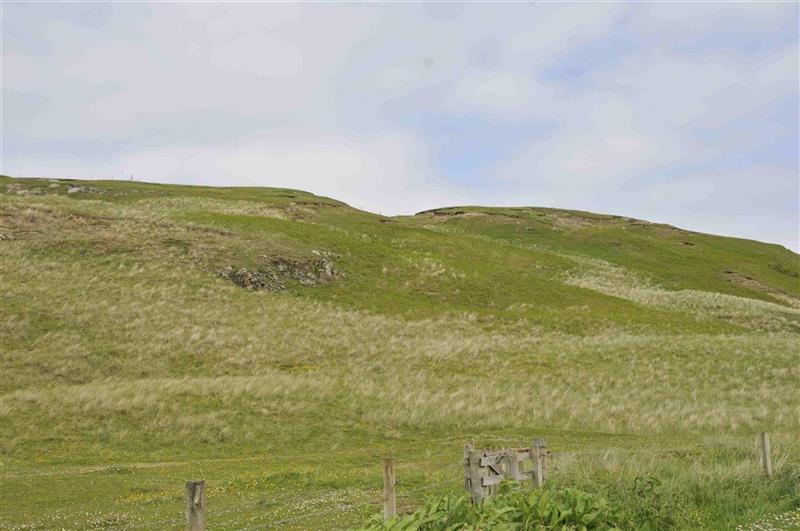 In 2010 local children discovered a single articulated inhumation eroding from sand dunes overlooking Farr Bay. Police were called to the scene and removed the exposed sections of bone, rougly equating to the left-hand side of the body and including the skull, for further testing and analysis. It was established that the bones were not recent and the police expressed no further interest. It is possible that the remains date to the last two or three hundred years and that they may be the remains of a victim of drowning, or possibly a suicide, but there is no substantive evidence for either of these interpretations. It is thought unlikely that the bones are of considerable antiquity. A site visit was conducted by HCAU to assess the condition of the remaining human remains, and to ensure that this was a single, rather than multiple, inhumation. Long bones were noted projecting from the dune edge and, following earlier disturbances, a number of now largely disarticulated remains including ribs, vertebrae, possible skull fragments and several teeth were visible on the dune surface from where the left-hand side of the body was removed; no artefactual evidence was identified and a survey of surrounding dunes revealed no evidence for further burials. In consultation with Historic Scotland it was concluded that there is no evidence that the burial site retains any archaeological information that might add to our understanding of the circumstances of burial, of the burying society or of the individual who was buried and the exposed in situ remains were re-covered with dune material. The site will be monitored. The bones taken by the police have since been recovered and will be held in storage by Inverness Museum pending re-burial. <1><2>

Further human remains were discovered in close proximity to those described above in October 2011. See MHG55585. <3>

The human remains were taken from Inverness Museum by GUARD for analysis. The post-excavation report indicated that the human remains from this site, and those retrieved the following year from closeby (MHG55585), were from the same individual, probably a male individual who had reached at least adolescence/early adulthood at death. If they are from the same individual it is difficult to account for the slightly different locations. <4>

The human remains from both sites are currently in the possesion of GUARD. <5>