The site of the WWII Highland Fieldcraft Training Camp at Poolewe. 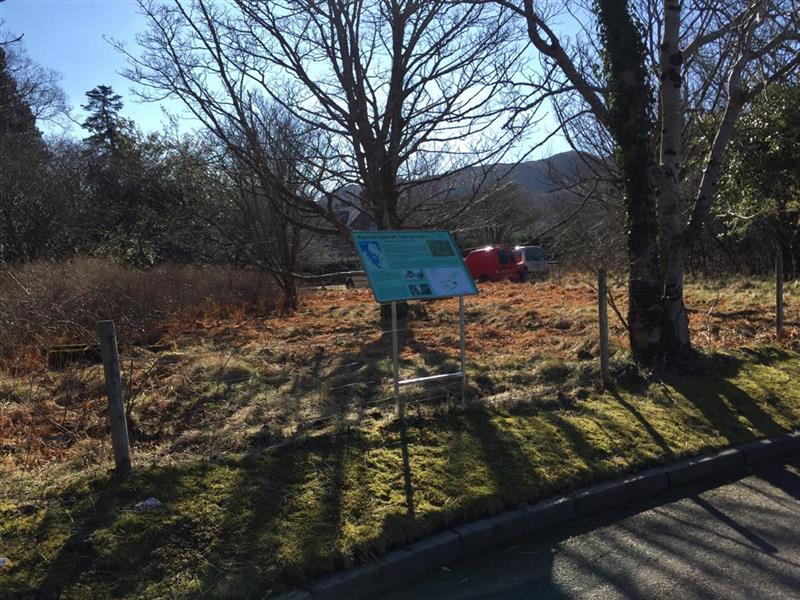 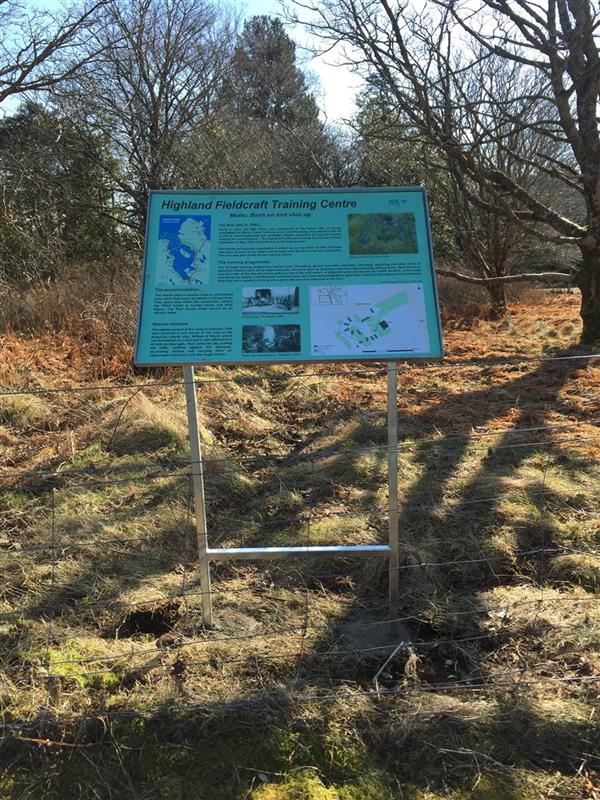 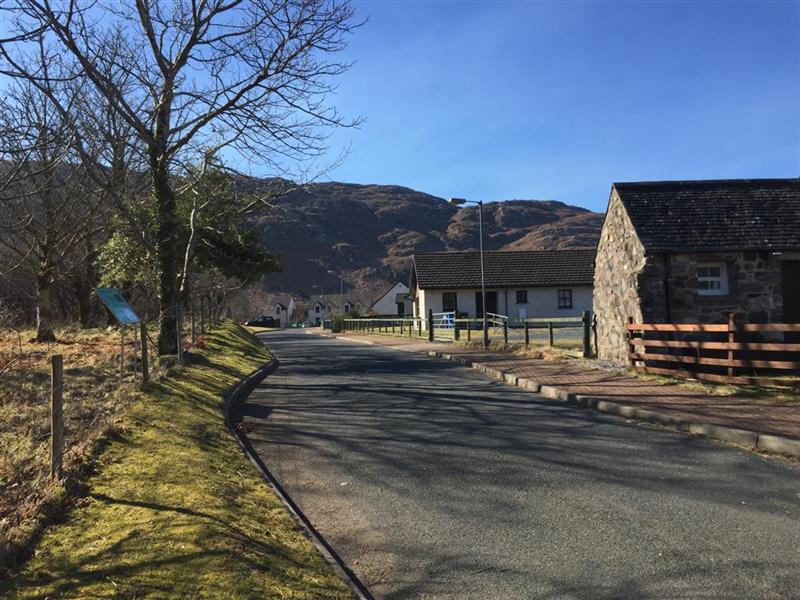 The site of the WWII Highland Fieldcraft Training Camp at Poolewe.

Situated on both sides of a track on the W side of the A832 Poolewe to Gairloch road, immediately S of St Maelrubha Close is the remains of a WW2 military camp. The camp site occupies a roughly L-shaped encloure with a number concrete hut bases visible. The W end of the site five hut bases are arranged in a semi circle. A standing building identified as a Gun Operations Room (GOR) (see NG88SE 73.01) occupies the SE corner of the camp site. According to local sources a garrison theatre was located in the area now occupied by St Maelrubha Close.
Visited by RCAHMS (AKK) 12 October 2012

The site of the camp was visited and surveyed by AOC Archaeology Group in 2017 in advance of proposed site re-development. Early in 1943, the War Office was concerned at the failure rate of young candidates at Officer Cadet Training Units. In consultation with Dr Kurt Hahn, the founder of Gordonstoun, Lord Rowallan was asked to set up a unit to instil leadership into potential officers classified as ‘not yet mature enough for commissions’. The Highland Fieldcraft Training Centre was established in May 1943 at Glenfeshie in the Cairngorms. Glenfeshie can become impassable in winter, so, by the winter of 1943, Poolewe had been chosen as the ideal coastal base with its mix of sea and mountains. The training programme was designed to be progressive starting with hill walking, gentle mountain exercises, canoeing, abseiling, and other tests of personal initiative such as allnight exercises using the stars as guidance and over-night camping without tents. Self-discipline was the order of the day and it was policy to brave the cold waters of adjacent lochs and the sea for health benefits. In his initial address to the cadets, Lord Rowallan said that these exercises were designed to give them a belief in themselves and to illustrate what they were capable of doing when put to the test and stretched to the limit. The motto was ‘Bash on and shut up’. The cadets slept in wooden beds in quite comfortable wooden huts rather than more basic bunk beds in Nissen huts. They were able to spend time within the community, visiting the YMCA hostel where they could access books, write letters and eat. The Pool House Hotel served as an officers’ mess. At the end of each ten week programme, each company put on a show to which the general public were invited to attend.

During the survey, eighteen individual sites were recorded within the development area consisting of thirteen concrete bases, two ditches, a pit and a mound. Sites 1-3 measured 12m x 5m with a small extension at one end; thick vegetation made complete survey of sites 5-6 difficult, but these appeared to be the same in terms of shape and size. Likewise sites 7- 8 and 12-13 were all rectangular, measuring approximately 12m x 5m. Site 11 measured 21m x 6m with irregularly shaped ends, but vegetation cover made these difficult to discern accurately. Sites 14 and 15 comprised smaller bases measuring 8m x 6m and 5m x 4m respectively. A description of all the features is contained in the report site gazetteer. In the southeast corner of the site, surrounded by thick vegetation and trees was a brick-built bunker, Site 16, with a flat roof measuring 18m NNW-SSE by 14m and approximately 4m high. The building had two protruding porch-like entrances at its northwest and southwest corners. A third entrance (big enough for a vehicle) was built into the north wall and was partly below ground level. A sloping, dug track led out from this entrance. <1>

A site interpretation panel was subsequently commissioned and erected on the edge of the site. <2>

GIS data created in 2018 based on OS MasterMap in comparison with historic OS mapping. <3>