C18 parish church that incorporates an earlier (C12-C13) church. It is currently in a poor condition. The area is both scheduled and listed. 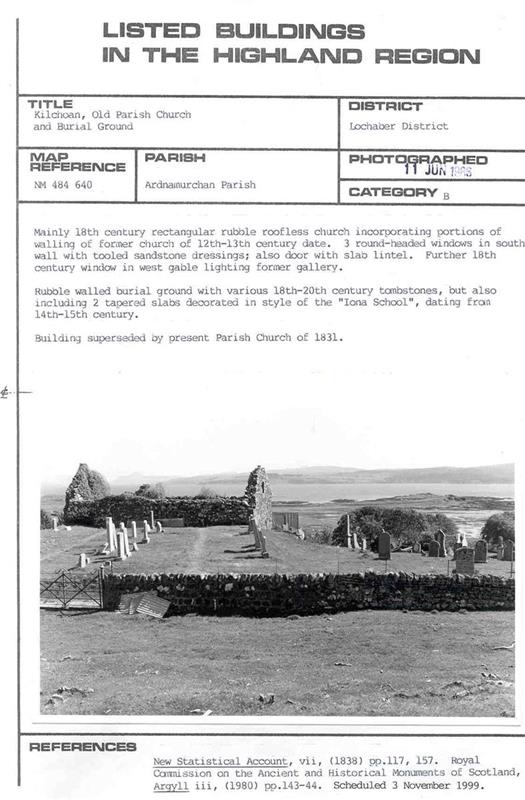 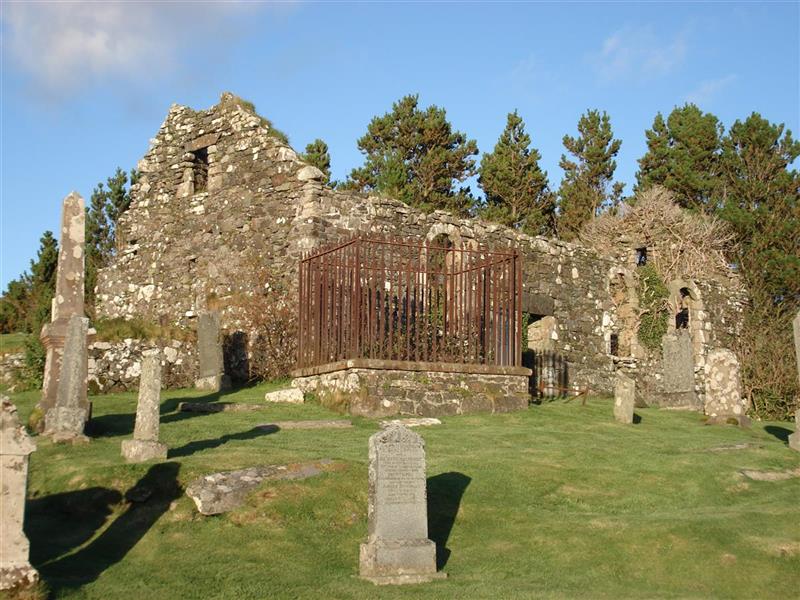 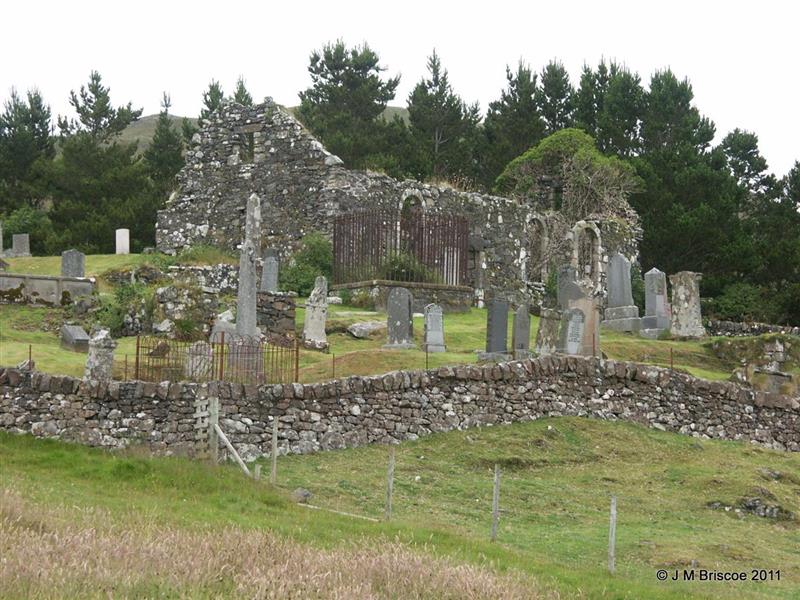 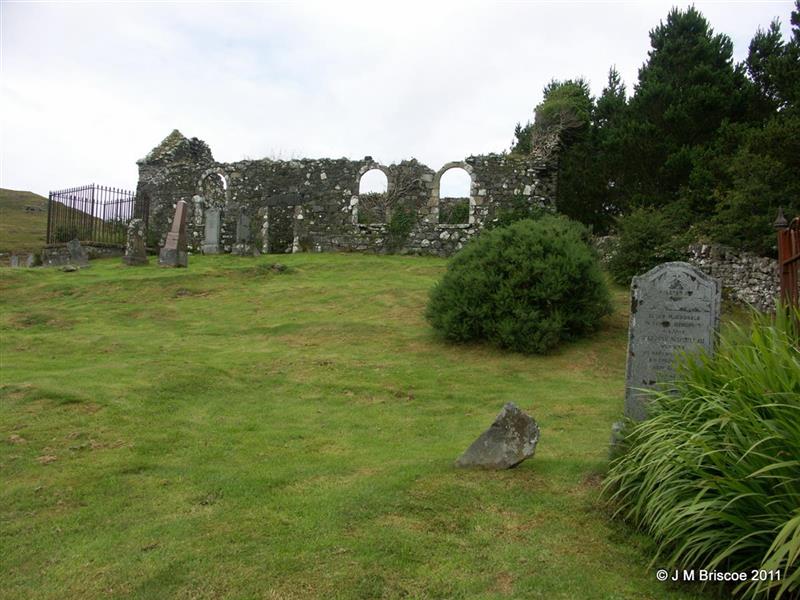 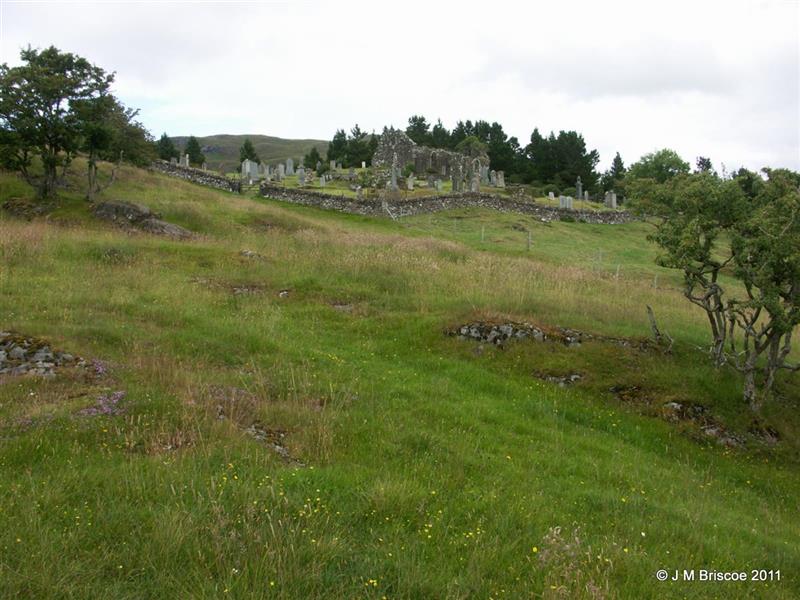 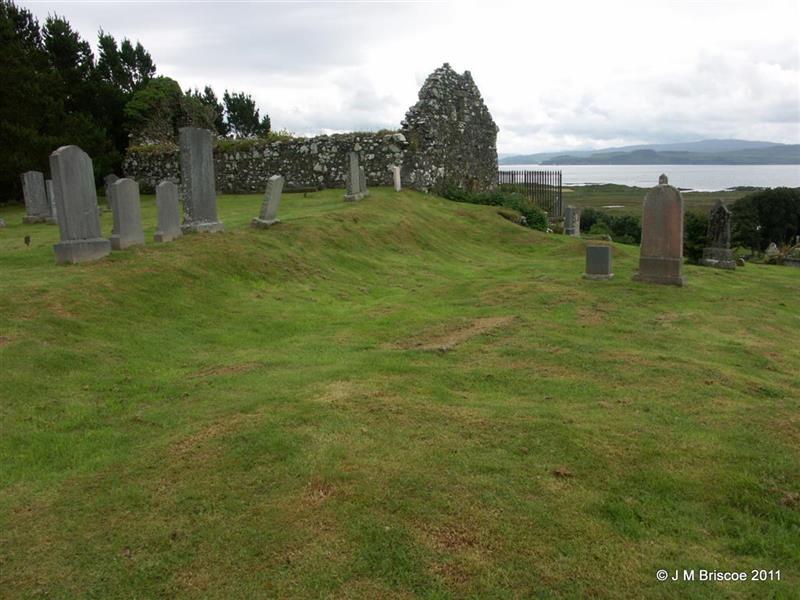 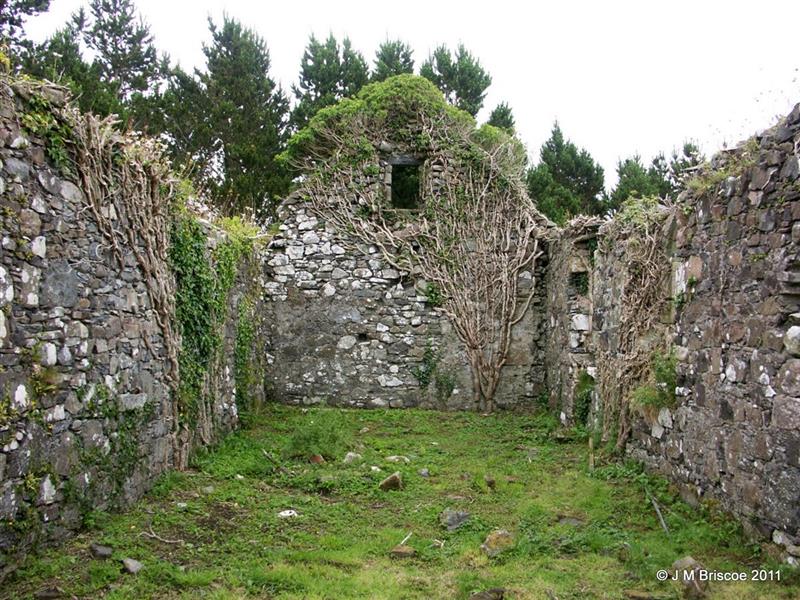 Old Parish Church, Kilchoan: The roofless shell of the old parish church stands within its burial-ground about 400m NW of the present church. The building is mainly of 18th-century date, but evidently incorporates part of an earlier church dating from the 12th or 13th century. The church measures 14.4m from W to E by 5.2m transversely within walls varying in thickness from 0.6m to 1.1m. The masonry is of random rubble with sandstone dressings. The S wall, which appears to have been entirely reconstructed in the 18th century, contains a slab-lintelled doorway and three semi-circular-headed window-openings. A second doorway, now blocked, can be seen towards the E end of the N wall, which likewise appears to be of 18th century date. The W gable-wall probably incorporates a good deal of medieval masonry, although the upper portion has been reconstructed, and the W face partially obscured by the erection of a burial-enclosure. A deeply-splayed window having a plain lintelled daylight-opening, now blocked, appears to be an 18th-century reconstruction of an original medieval window in the same position. Above, there is an 18th-century which evidently lit a gallery at the W end of the church. The gable is surmounted by the stump of a plain rectangular bell-cot. The lower part of the E gable-wall is also of medieval date. A central window-opening at ground-floor level, now blocked, retains part of a rebated daylight-opening of 12th or 13th-century character. Above, is an 18th century window similar to that in the opposite gable; there was also a gallery at this end of the church. At the Reformation the medieval parish of Kilchoan was joined to the adjacent parishes of Arisaig and Elanfinan to form the united parish of Ardnamurchan. The church was superseded by a new building at NM 4883 6379 (NM46SE 14) in 1831 (SDD Listed: B - still in use), at which date it was reported to have been 'long in ruins'. The dedication was to St Comgan. There are two 14th/15th century grave-slabs in the churchyard.
NSA 1845; Orig Paroch Scot 1854; J M MacKinlay 1914; RCAHMS 1980, visited 1972.

The roofless shell of a church, in a condition similar to that described by the RCAHMS. A stone dated 1763 is in the lintel of the most easterly of the three windows in the S wall. The 14th/15th century grave-slabs lie some 8.0m S of the SW corner of the church. The graveyard is still used.
Visited by OS (N K B) 5 June 1970.

The church and burial ground were listed at Category B in 1980.

The church and burial ground were scheduled by Historic Scotland in 1999.

Concerns raised by Historic Scotland (Feb 2003) over the condition of the monument. The church is described as vulnerable primarily due to the amount and weight of ivy covering the masonry. One of the windows in the south wall is particularly threatened and in danger of collapse. See Assoc. Docs. for copy of notification letter.
(KC 06/02/03)

It was proposed that the old church and burial ground be removed from the statutory list in September 2016 as part of a Historic Environment Scotland project looking at dual designations of sites in the Highlands, though they would remain a scheduled monument. <2>

The old church and burial ground were removed from the statutory list by Historic Environment Scotland on 22/09/2016. <3>