A hut circle near Lael Forest. 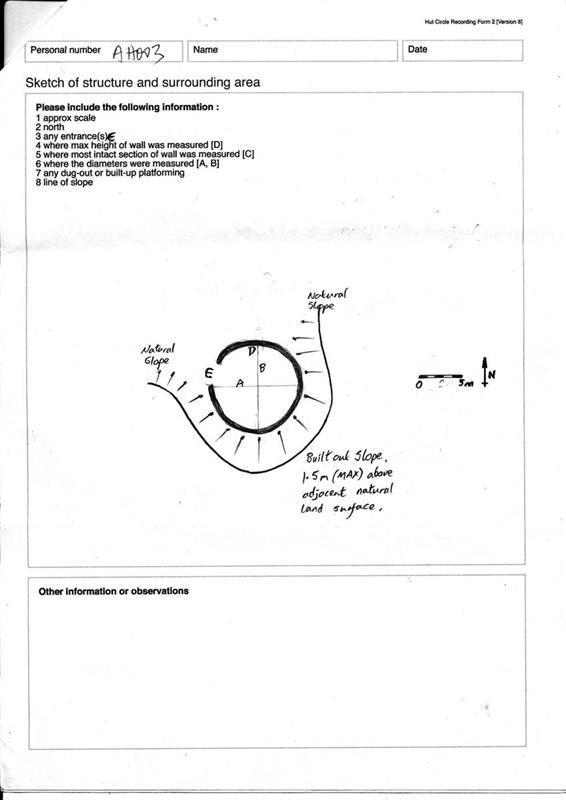 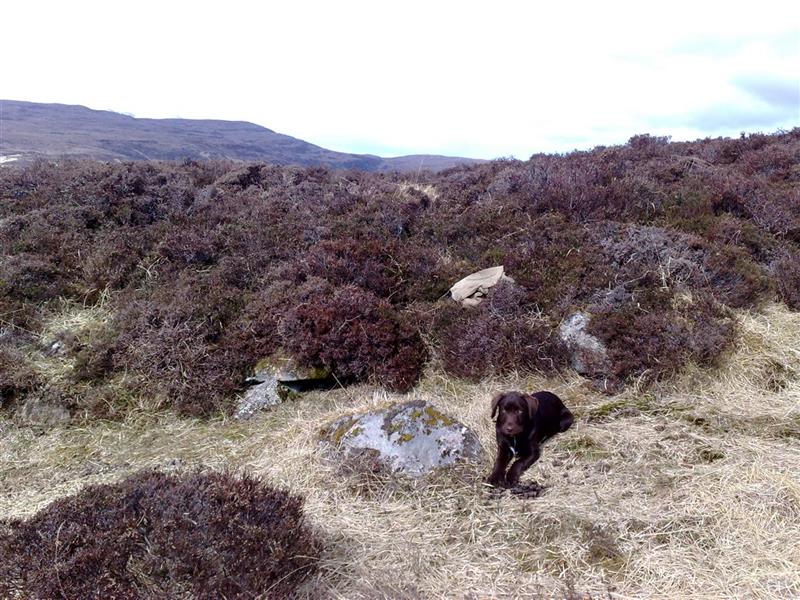 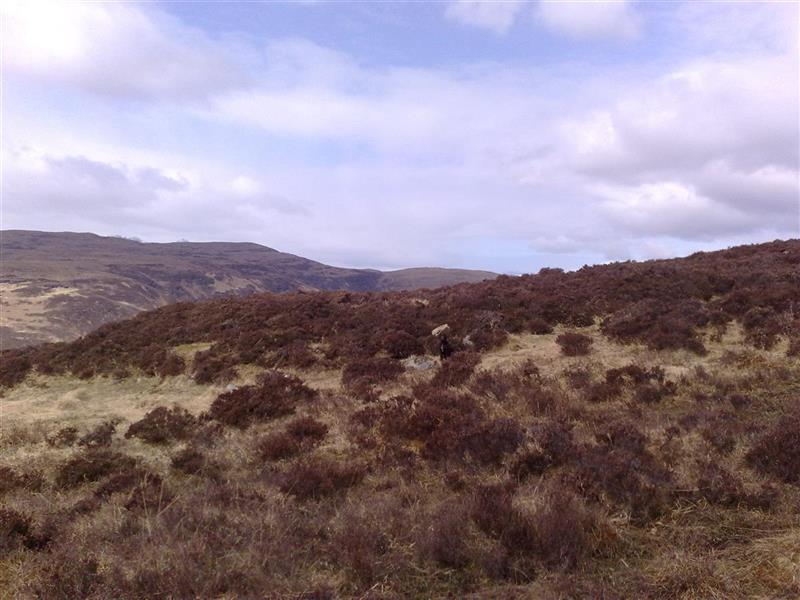 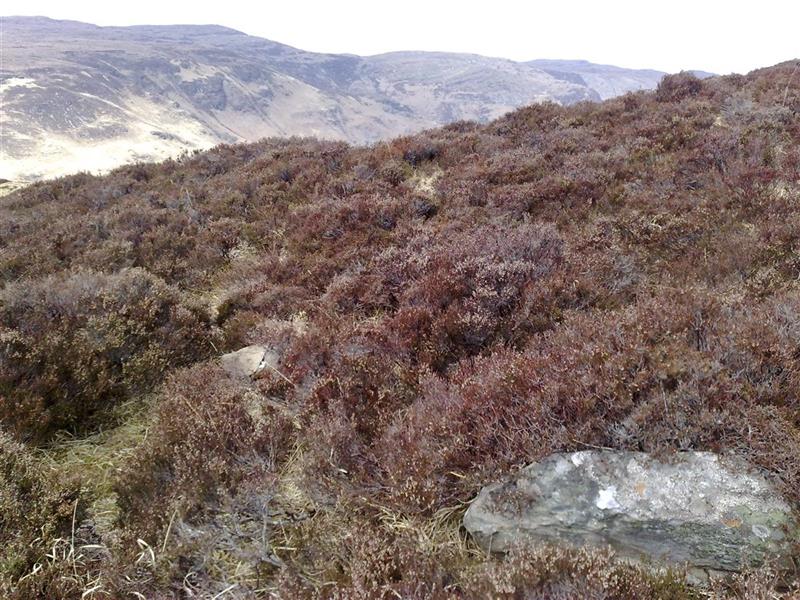 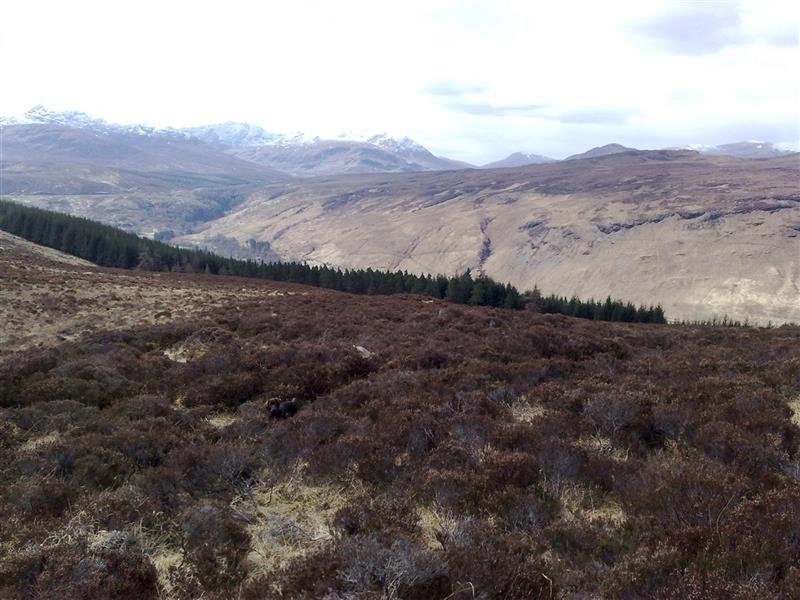 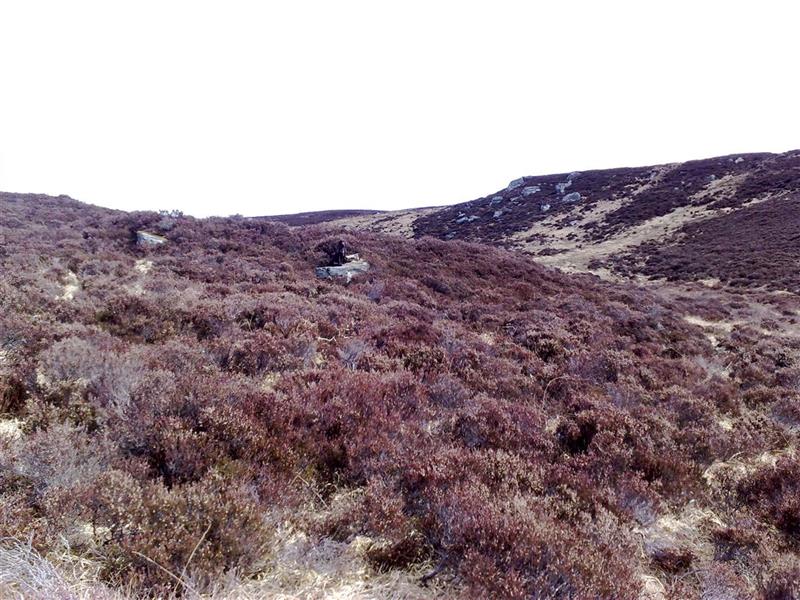 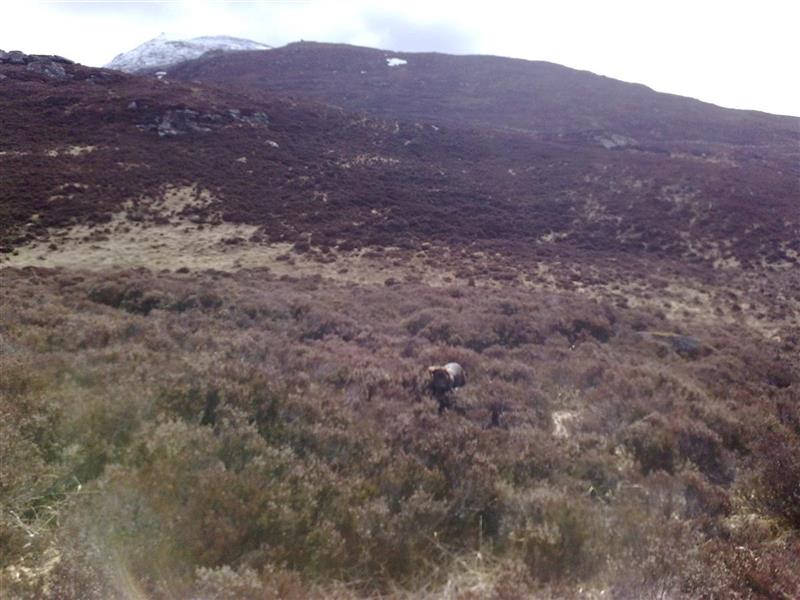 A hut circle near Lael Forest.

At NH 2027 8119 is a circular stone-walled hut on a W-facing slope. It measures c11.5m diameter between the centres of a wall of indeterminate thickness which is partly obscured by peat. N arc is mutilated, and entrance is not evident. About 6 stone clearance heaps to W of hut probably indicate associated cultivation plots. There are a few scattered shielings in area to S of the hut.
Visited by OS (A A) 24 September 1970

220270 881190 AH103 Lael Forest 2: The hut circle was visited by A Henderson in 2010 as part of research for a dissertation on hut circles in Wester Ross for A Welti. This was part of a degree course overseen by Aberdeen University. AH003 is a circular stone structure in poor condition sited at an elevation of 266m on a steep SW facing slope above Lael Forest. There are some shieling foundations around 50m and 150m to the North of the HC. The site is 100m from Allt na h-Ighine, and there is a small spring-fed burn 10m to the East of the HC. From the site there are panoramic views overland. The platform is built up from the slope and the top of the banking is about 1.5m above adjacent ground level. Vegetation in the surroundings and inside the structure is mainly grass with some heather. There was no visible intact section of wall, just a low circular bank, around 0.4m high, covered in moss and heather, hence the construction of the wall was not apparent. The maximum height of the wall is 0.9m. A possible entrance faces West. AH103 is at a distance of 500m from AH102, across the Allt na h-Ighine. <1> <2>