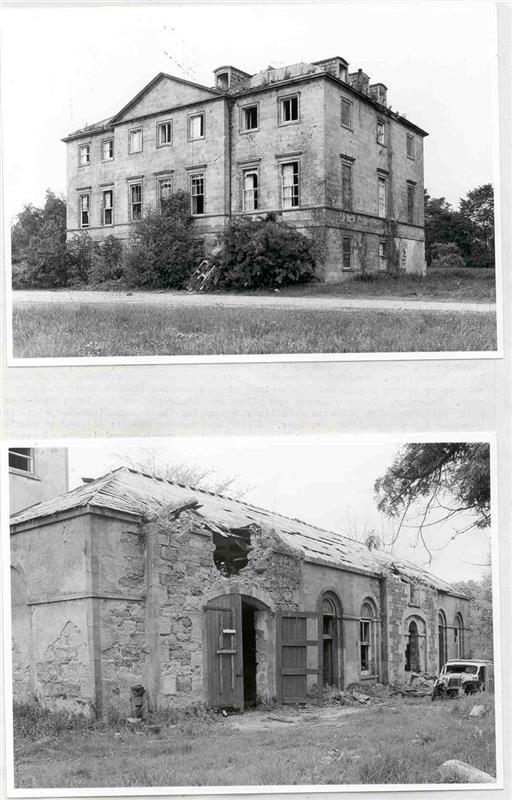 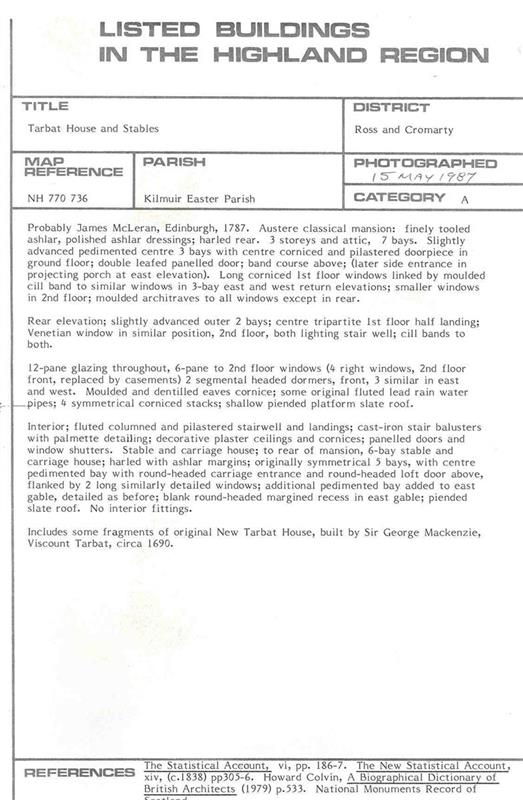 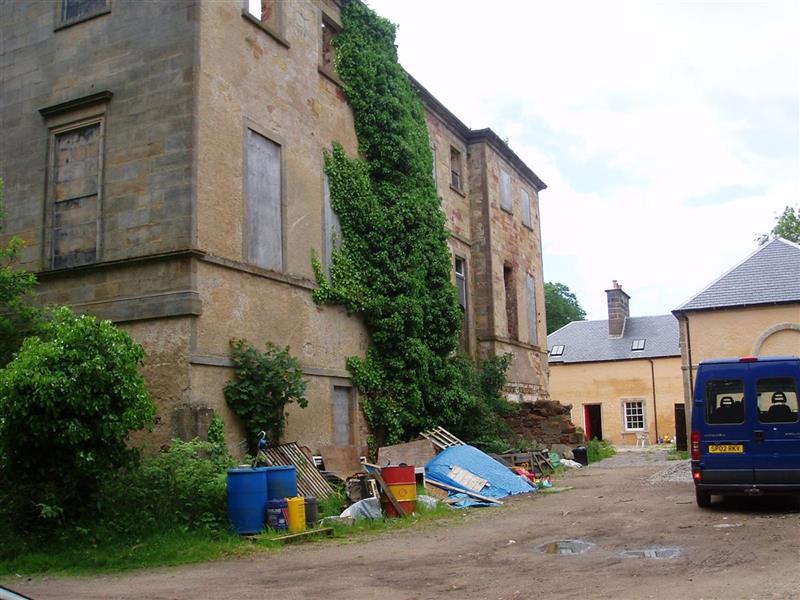 The site was visited by the North of Scotland Archaeological Society on 3rd May 2019. Research and evaluation by Roland Spencer-Jones;

Sir George Mackenzie, 3rd Earl Cromartie and grandson of the George Mackenzie who built New Tarbat (MHG8610), took the Jacobite side in the ’45, was captured at Dunrobin on the eve of Culloden, and was subsequently imprisoned then exiled in England. His estate of Cromartie was forfeited. However, after his own death in 1766, it was returned to his son, Lord John Macleod, in 1784. Almost immediately, Lord John started building a new house, called Tarbat House.

This new house lies 250m west of the old New Tarbat House, on the same raised beach, with formal gardens and a walled vegetable and fruit garden to the south. The locally quarried sandstone from the old House was used in the construction of the new.

The house is roofless, with large trees growing inside the rooms. The front is faced with limestone on a sandstone base, whereas the rear is plastered sandstone. Trees shroud the eastern part of the south façade, although the original door is just showing.