The chapel and burial ground of St. Columba. 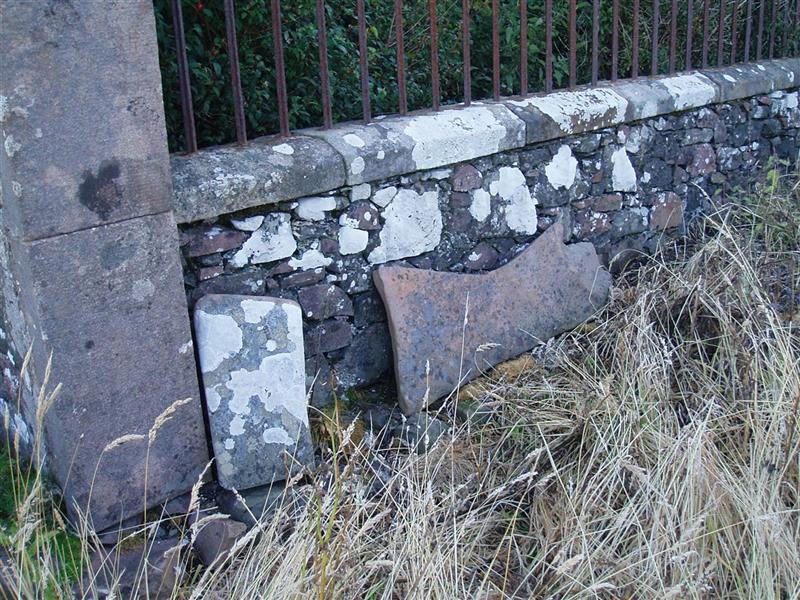 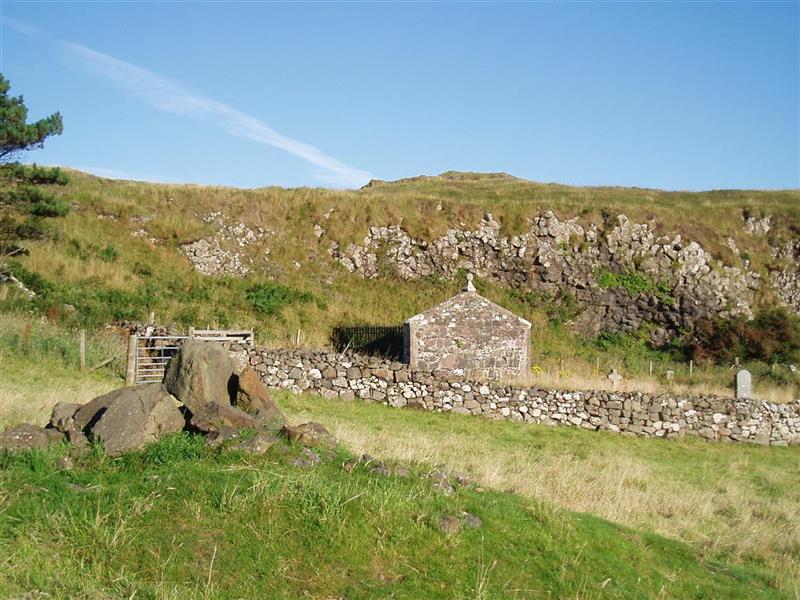 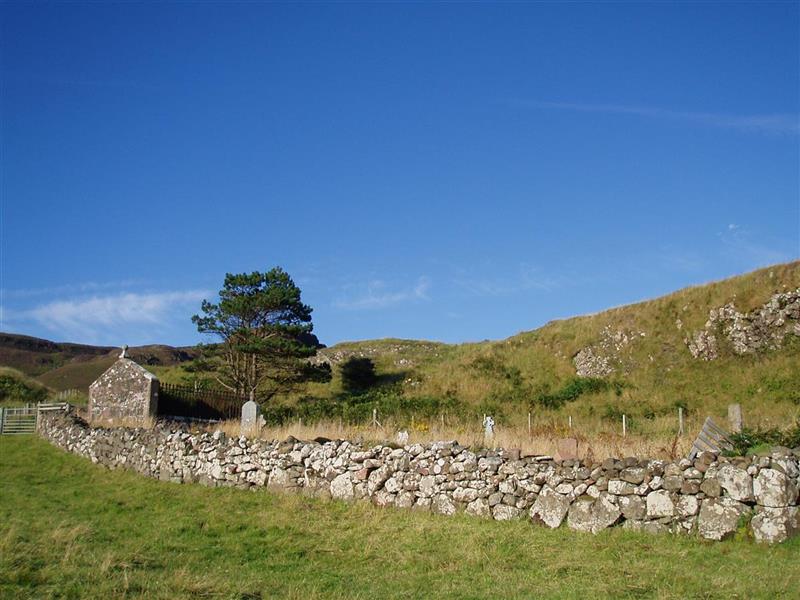 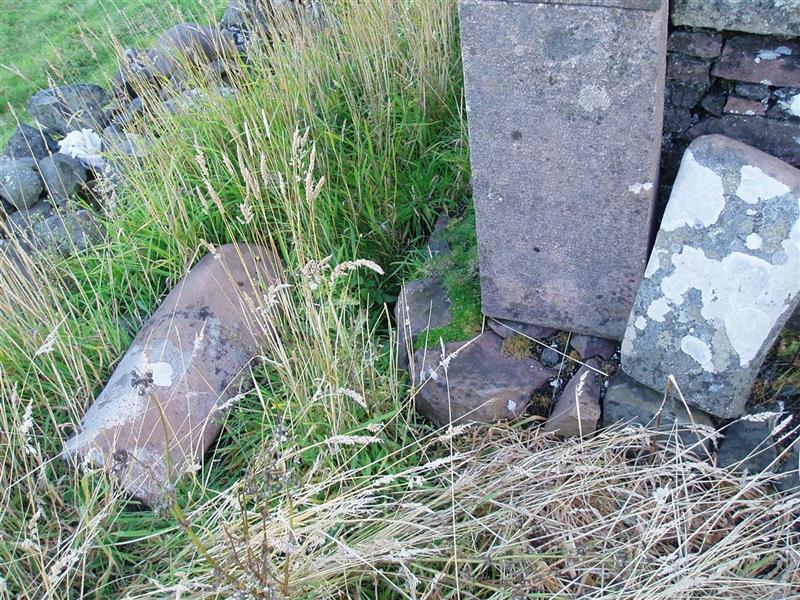 Lethbridge suggests that the cross may be of the 7th century.
Private 6" map of T C Lethbridge, 1953

(Location amended to NG 2695 0553). Nothing is now visible of the chapel and burial-ground which once stood at A'Chill. Dedicated to St Columba, the chapel was recorded in ruinous condition by Pennant in the early 1770's and likewise in a report by the British Fisheries Society (cited by Campbell) in 1788, where reference is made to the overgrown nature of the ruins in which 'the shape of a window' could be made out. This report also mentions a cross (MHG5602) and burial-ground, all of which lay at the heart of the township known as Keill (MHG28866). The buildings and enclosures of Keill are shown on an estate map of 1805, together with what may be a depiction of a cross; the area was cleared of tenants in 1851 and no trace of the township or chapel can now be seen.
In 1994, a geophysical survey of this area was carried out by a team led by John Hunter of Bradford University. This was followed up by selective trial trenching to confirm the identification of a rectangular structure located to the WNW of the free-standing cross (MHG5602). On excavation, the mortared foundations of the N and W walls of the structure were seen to overlie a flagged stone surface, while the interior revealed a dark, compressed floor surface containing evidence of burials. Although by no means conclusive, the form of construction is suggestive of an important building such as a chapel. A further wall running parallel to the N wall of the structure was interpreted by Hunter and Roberts as the boundary wall of the churchyard.
The site of the chapel and burial-ground lie centrally within a natural amphitheatre, created by ridges of outcrop to the E and W, and steep sloping ground to the N. The fragments of the cross shaft and the sculptured grave slab are as described by the OS in 1972 (See MHG13828).
T Pennant 1790; J L Campbell 1984; J Hunter and C Roberts 1994; Visited by RCAHMS (ARG), 20 August 1996

NG 2692 0553 A’ Chill, St Columba’s Chapel A’ Chill is reputedly a monastic site established by St Columba, or possibly a monastery established at the site of a Columban chapel. Nothing is now visible of the chapel and burial ground which once stood at A’ Chill although the site is marked by a finely carved Celtic Cross (MHG5602). Until about 1850 this was also the principal area of farming settlement on the island. The area was cleared of tenants in 1851 and little trace of the township can now be seen. The resistance survey was undertaken over a c1ha area and detected a wealth of anomalies of likely archaeological significance. The presumed chapel previously detected and evaluated by Bradford University has been detected in this survey, although it is not very well defined. However, this data set suggests possible internal and external responses associated with the main structure suggesting the potential for a more substantial complex. One of the clearest anomalies within this data set is a rectilinear anomaly to the N of the postulated chapel and on the same alignment. Anomalies apparently associated with the outcropping rock and suggestive of the remnants of structures ‘built in’ to the outcrops have also been detected. Numerous additional linear and rectilinear anomalies have been detected throughout the survey area suggesting a potential network of field systems. In addition, anomalies thought to be associated with the culvert have also been noted. The data set is extremely complex, and it has to be remembered that geophysics cannot date features and it is possible that some apparently associated anomalies are not contemporary and the data is detecting a palimpsest of potential archaeological remains. In addition rabbit activity in the area may be creating spurious anomalies. <1>

Several carved stones (cross slabs) have been found in the later burial ground immediately to the south (See MHG5536). These stones are most likely come from here, the burial ground associated with St. Columba's chapel, but later reused as grave slabs. When St. Columba's chapel was destroyed in the mid-19th century, other carved stones appear to have been dispersed to other locations (See MHG5636; MHG13829; MHG13835; MHG58967). GW 19/11/18