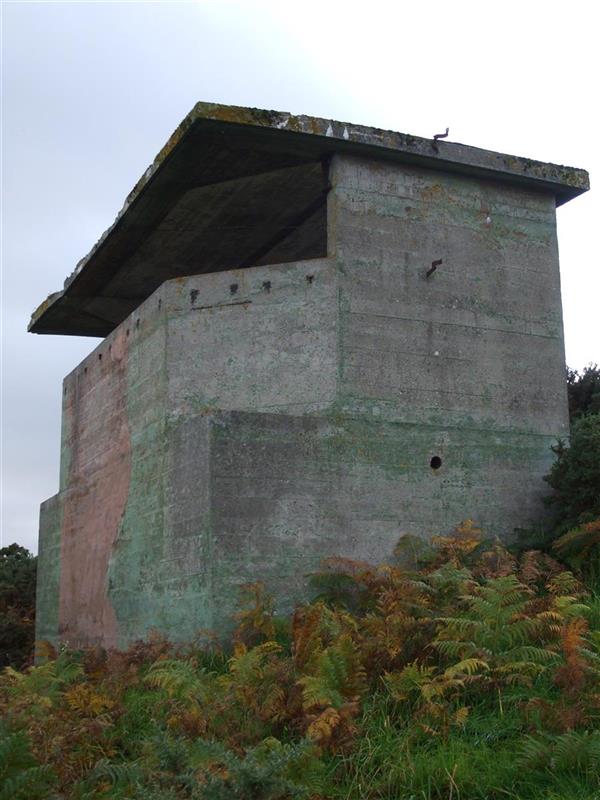 This World War I Battery Observation post is situated downslope and about 154m E from the gun-emplacements (NH86NW 9.02).
The structure, built on three levels with three observation platforms in reinforced concrete and steel. Some additional brickwork has been added to support the central platform canopy. The upper canopy has collapsed but still lies in situ whilst the lower has broken off completely. Some camouflage paint can be seen in the area immediately in front of the central observation platform. The observation post reflects the divisions between the Royal Navy and Army who were both responsible for the 9.2-inch calibre gun battery during the First World War.
Visited by RCAHMS (DE, SW, GS, JG), August 2000 and May 2002

The North Sutor camps, batteries and associated buildings and features were scheduled by Historic Environment Scotland with effect from 26/03/2019. <3>

See link below to HES Canmore record for a photo of the site.