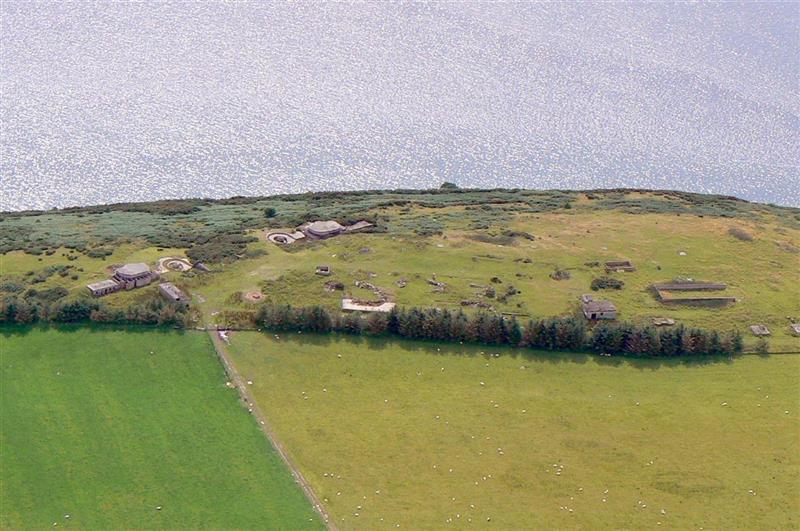 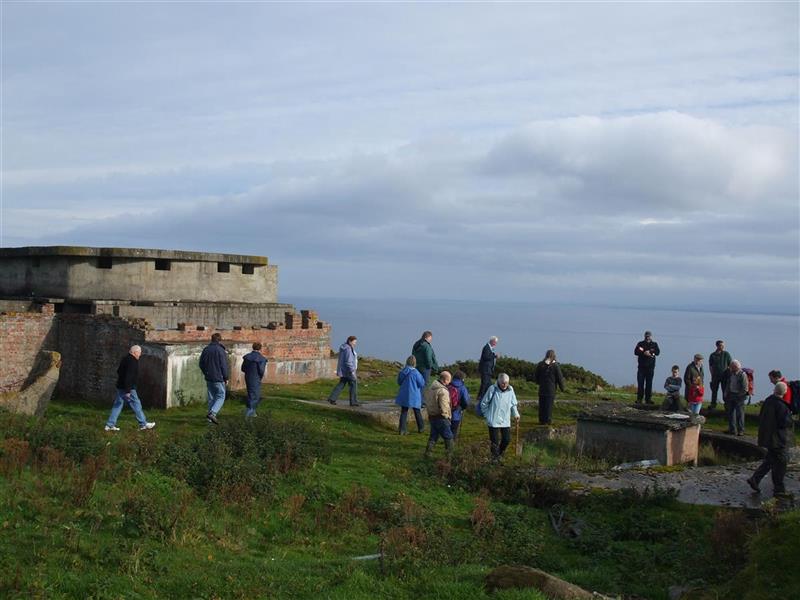 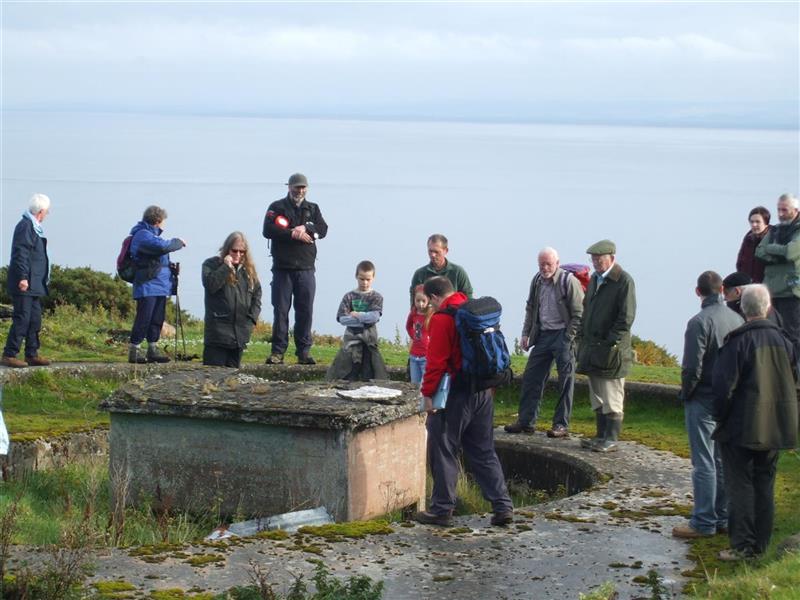 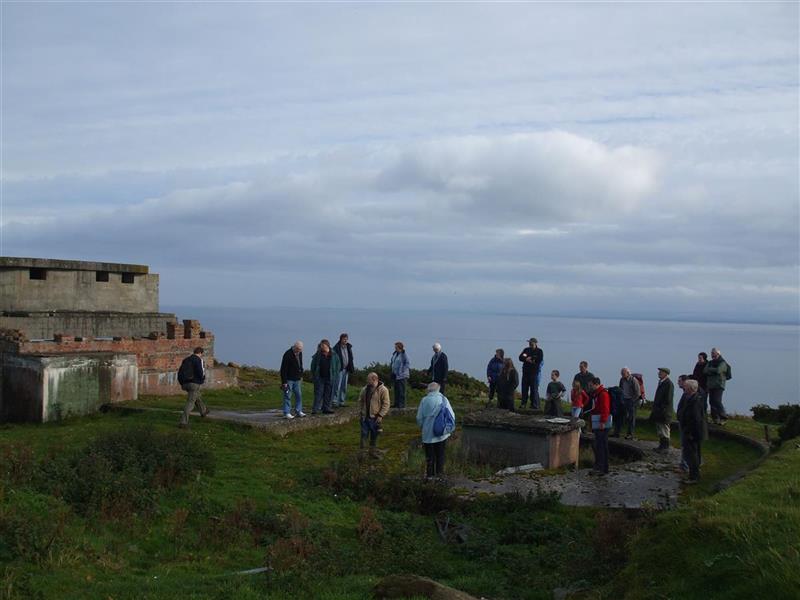 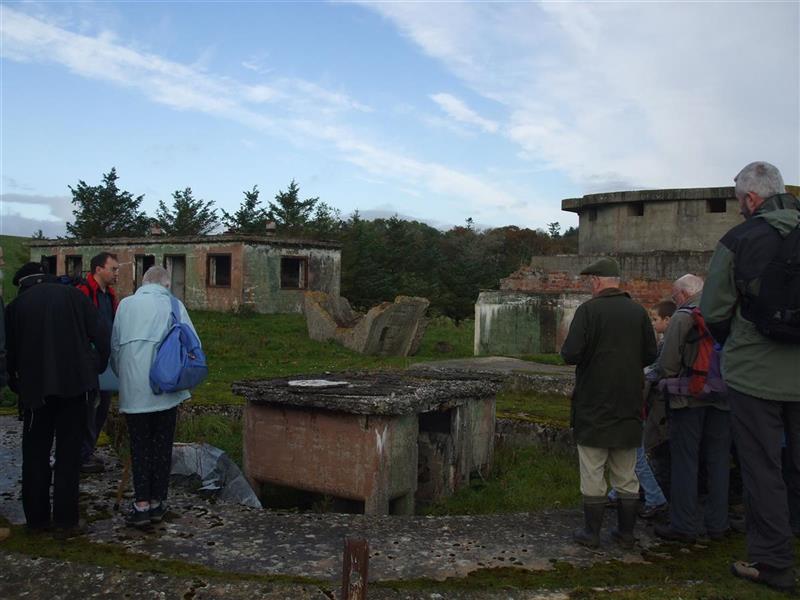 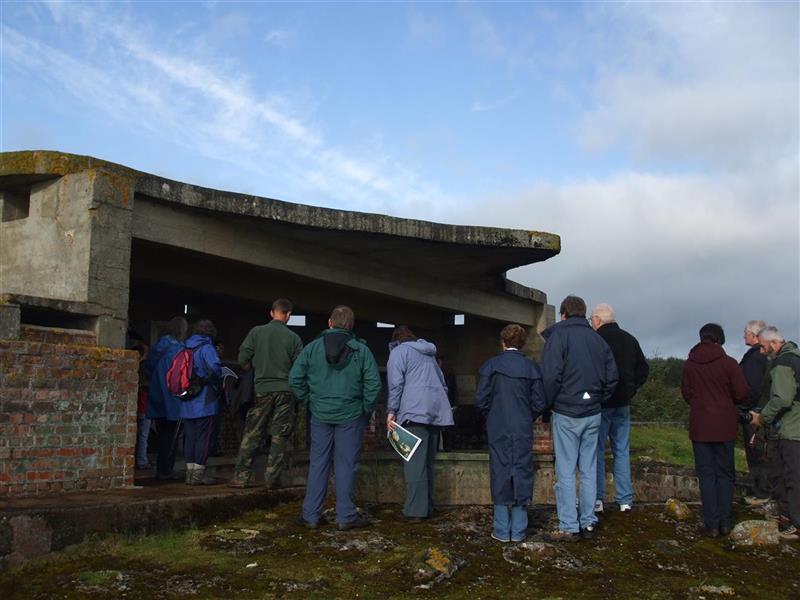 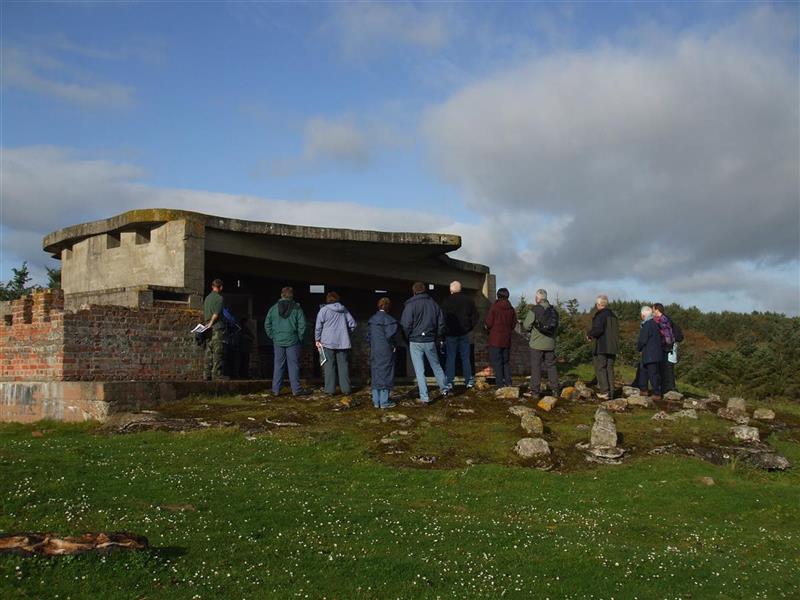 These two World War II coast battery gun-emplacements are situated adjacent to the World War I 9.2-inch gun batteries. The emplacements are set in covered structures and were armed with 2 x 6-inch Mk.VII guns on Mk.V mountings which were installed in May 1940. These guns were replaced in April 1943 by 2 x 6-inch Mk.XXIV guns which were not removed until November 1956. <1>

An oblique aerial photograph by Jim Bone shows this battery and all associated features. <2>

Two 6-inch gun emplacements were built next to the First World War 9.2-inch emplacements. Each gun was placed within a gun house and both reused and adapted the 9.2-inch magazines (The National Archives WO 78/5192). The north east gun house (no. 2 gun) had a new shaft for the ammunition hoist made in the NE wall of the magazine allowing direct access into the SE corner of the new gun house. The doorway and windows providing light into the shell store may have been blocked at this time. The arrangement within the magazine may have been changed. The original hoist shaft into the 9.2-inch gun emplacement became an emergency exit with a covered hatch. The same arrangement was done at No. 1 gun. A crew shelter and gun store lie attached to the NE side of the gun house. When operational the rear of the gun houses was covered in camouflage netting. The access road to the rear was painted with a camouflage pattern as visible of a vertical aerial photograph (106G/UK/751, flown 31 August 1945). The south-west gun house (No. 1 gun) had a similar arrangement, but lies downhill from the earlier gun emplacement. The new access to the magazine was by a shallow ramp down into the former First World War shell store, in the NE wall. Shells and cordite were delivered down into the magazine using a small crane, still in situ, behind the former 9.2-inch emplacement. Attached to the SW side of the gun house was the crew shelter, officers room and gun store. In both cases the access to the magazines has been filled in with debris from the demolished camp site. Internally the gun houses had an access in the rear wall, and had ready lockers for ammunition in the external wall of the gun pit. The roof structure is a complicated structure, possibly indicating rebuilding when replacement guns were fitted in 1943. In both gun houses there is camouflage paint still visible inside the upper roof level. In front of the 6-inch gun pits the concrete aprons have small boulders placed into it for camouflage and similarly on the part of the roof. Also in each apron are two large metal hoops, of unknown purpose.
Plans for a third gun at the site as late as 1943 did not get beyond the planning stage.
Information from RCAHMS (AKK) 29 July 2013. <3>

The North Sutor camps, batteries and associated buildings and features were scheduled by Historic Environment Scotland with effect from 26/03/2019. <5>