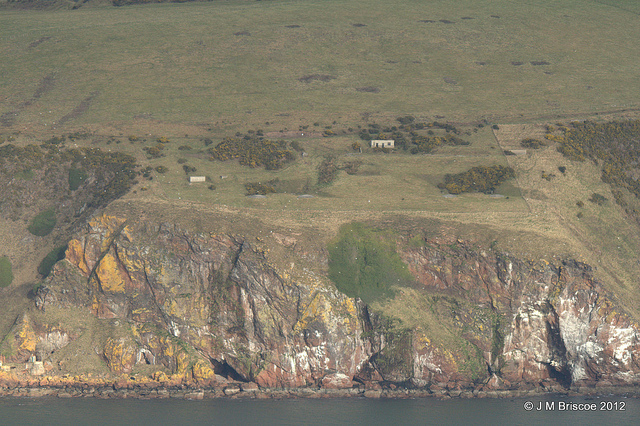 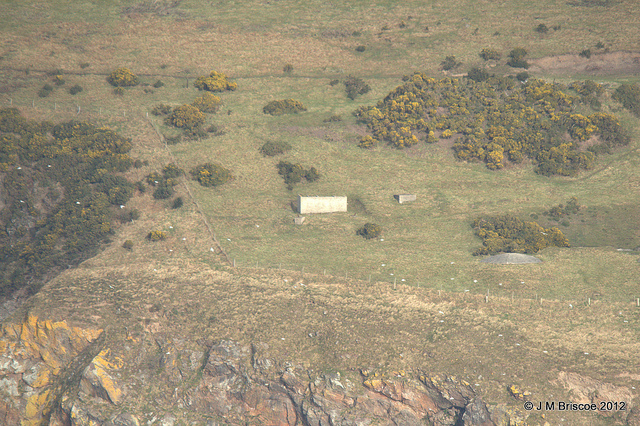 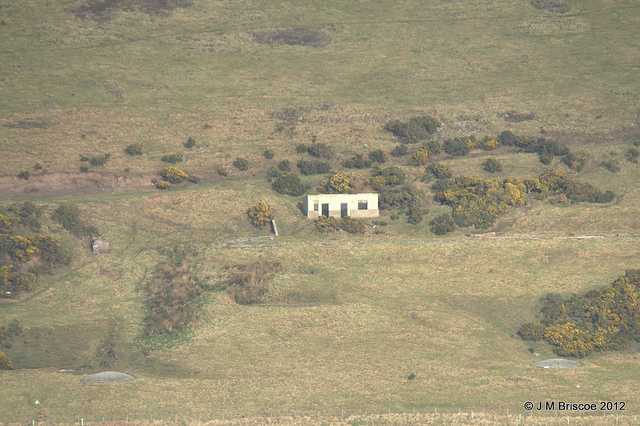 This World War I coast battery is situated on the cliff top at North Sutor. There are four gun-emplacements with the magazines set into rock-cut pits immediately to the N. The large engine house is at NH 8123 6874 (MHG59094) is set within a rock-cut hole which is now also full of of old barbed wire. The battery was only active during World War I and was armed with 4 x 4-inch QF (quick-firing) guns which were manned by the Royal Navy. <1>

The searchlights for this battery are situated on the cliffs below the emplacements (see MHG59170).
Information from RCAHMS (AKK), 2002

The 4-inch QF (Quick Firing) battery (site No. 2) lies above cliffs on a steep S facing slope overlooking the narrowest point of the entrance into the Cromarty Firth. The battery comprised four 4-inch guns, grouped in two pairs located above the rock cut magazine, located just above the cliffs at the bottom of the site. Access to the magazine below was to the rear of the emplacements down steeps to a open area partially covered by a canopy. At least two rooms exist under the emplacements, one of which is a windowless magazine and the other may be a crew shelter. The holdfast for each gun and the concrete apron are still extant, as is a bank of earth between the guns of each pair. The Battery Observation Post may have exist uphill and mid-way between the guns emplacements. Above, on a series of terraces, is the remains of the military camp (see NH86NW 9.18).
The two pairs of QF guns covered the N side of the entrance to the Cromarty Firth, another pair being on the South Sutor (see MHG36173).
Information from RCAHMS (AKK) 29 July 2013. <2>

Martin Briscoe has submitted photographs of this site to the Highland HER Flickr group. <3>

The camps, batteries and associated buildings and features were scheduled by Historic Environment Scotland with effect from 26/03/2019. <5>