It is suggested that an early roadway linked the whole length of the Earldom of Ross, extending approximately 50 kilometres from south to north. The monument is thought to be characterised by stretches of wide, straight trackway flanked by parallel turf embankments. 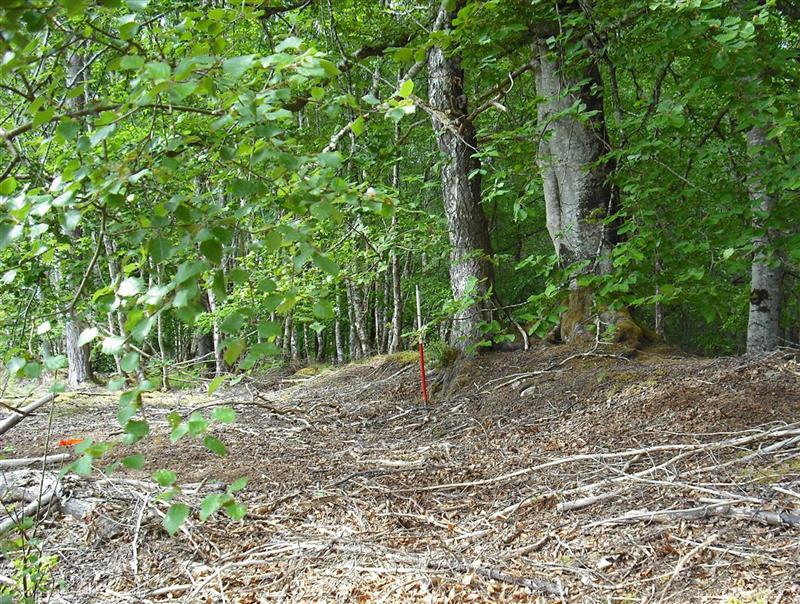 The best preserved of the embankments at the Broad Wood, Brahn showing the east embankment © Cait McCullagh 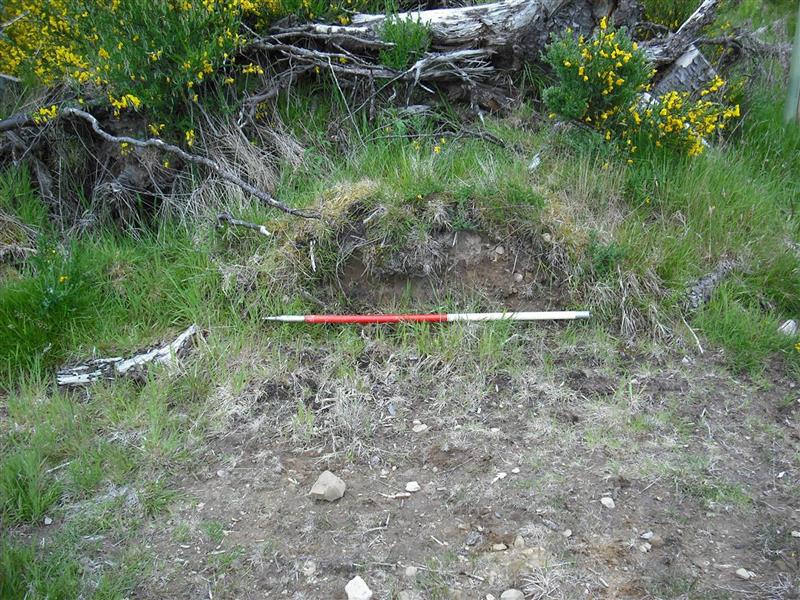 A series of double embanked features are believed to indicate a possible network of relict routeways in Easter Ross. It is believed that these may form an early communication route through the entire length of the Earldom of Ross.

The defining characteristic is the relative straightness of the main thoroughfare at the centre of the network. Changes in direction occur fairly frequently but inbetween these changes the road generally takes a direct route from point to point. Most of the road, where it is identifiable, is delineated by parallel turf embankments, of no more than one metre in height, on either side of a levelled surface of between five and eleven meters in width. There is no discernible camber.

The possible roadway is being investigated by Allan MacKenzie and Cait McCullagh of the North of Scotland Archaeological Society. <1>

This record has been created to represent the entire projected route. Details are held in the related records for the individual route fragments. <2>

The old coach road was investigated as part of an archaeological community training excavation, part of the ARCH 'Pathways to the Past' project, carried out by ARCH in 2011 and again in 2012 at Foulis estate. In season one, trench 2 was opened to explore the existence of the old field boundary that was thought to preserve the route of the old road that ran through the area. There was no evidence of road make-up, potentially caused by intensive ploughing in the area, seriously degrading the deposits. <3>

In season two, the results of a geophysical survey aided in further work locating the old coach road. Trench 4 was opened in an area with a strong positive anomaly. Given the depth of the ploughsoil previously identified in trench 2, the topsoil of trench 4 was removed with the help of a JCB. An east-west sondage measuring c 0.7m in width (north-south) was excavated and sampled. A second smaller sondage running east-west through the southern part of the eastern ditch was also excavated. A single, very compact gravel surface road was uncovered, believed to have been relatively shot-lived. However, the presence of a second ditch implies that it was in use for a long enough amount of time that repairs were required. Pottery found in this trench, along with the discovery of a flat disc button, suggested an C18th/19th date. <4> <5>